These days, everyone loves to get up in arms about the commercialization of Valentine’s Day. (“I was at CVS in January and THEY ALREADY HAD V-DAY CANDY!” etc etc.) This attitude supposes that there once was a time when Valentine’s Day was pure and innocent, a day when people could just share their wholesome affections.

Yeah, no. Turns out, if look at the Valentines people were exchanging back in the day, you’ll see that they’re about 1,000 times more messed up than anything we have today. Seriously, there once was a time when it was perfectly acceptable to express your love with such festive themes as suicide, stalking, cannibalism, and bestiality.

Having to buy a box of Hello Kitty valentines for your third-grader doesn’t seem so bad, now does it? 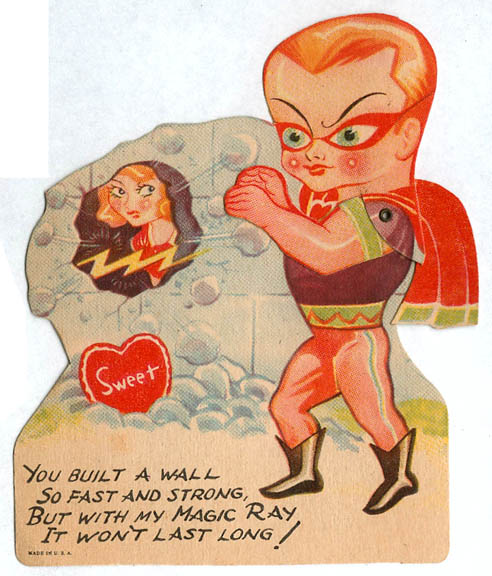 Magic Ray is a fine superhero, but he’s nothing compared to “Installs A Hidden Camera In Your Shower” Man. 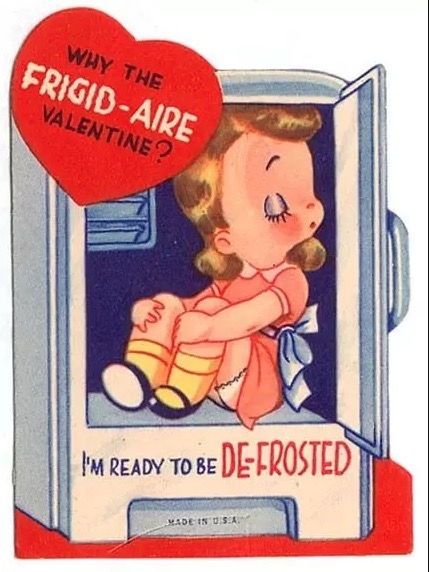 Who knew the Hallmark company used to employ Jeffrey Dahmer? 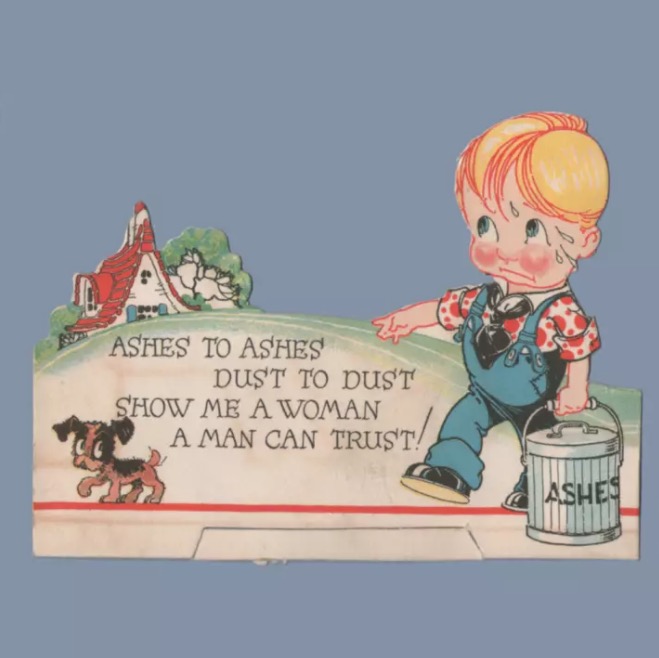 OK, two things. First, GREAT attitude for a Valentine. “All women are liars. You are literally the devil. Wanna go out sometime?” 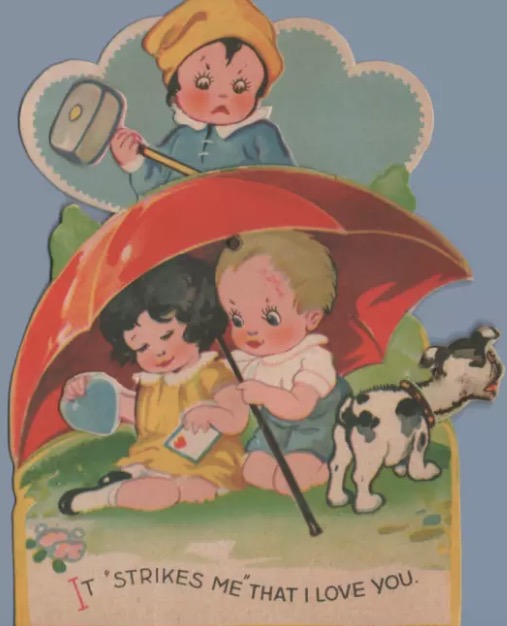 It’s nice to know that women could also buy Valentines that were totally psychotic. #Equality

5. The Ties That Bind 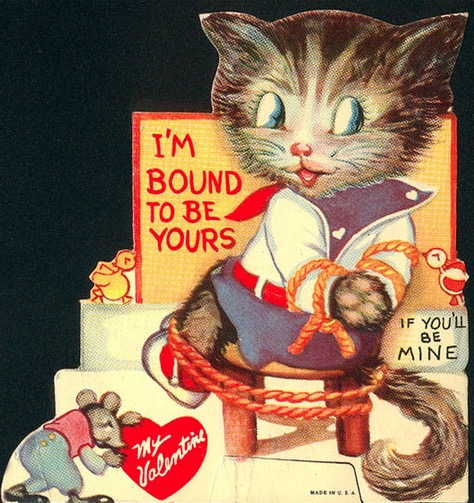 Won’t you be my Valentine? No? Well, my soundproof basement says otherwise. 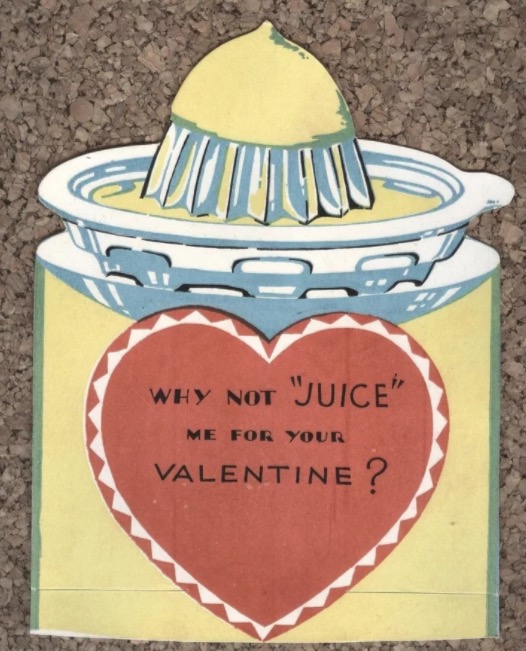 Surprisingly, this is only the third-least sexy way to ask for a prostate massage. 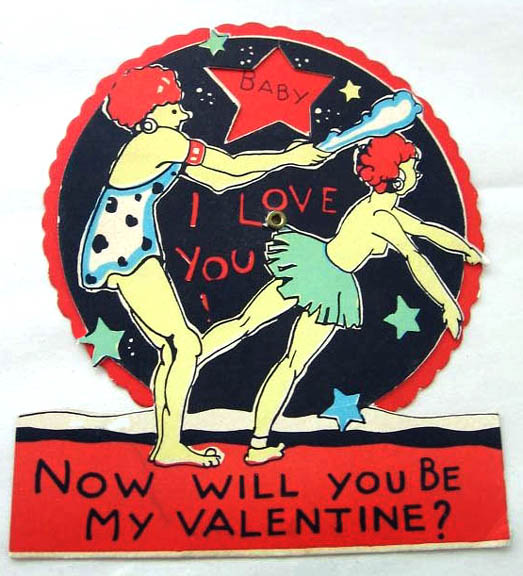 “Grandma, how did you meet grandpa?” “Well, it all started when he gave me a traumatic brain injury…” 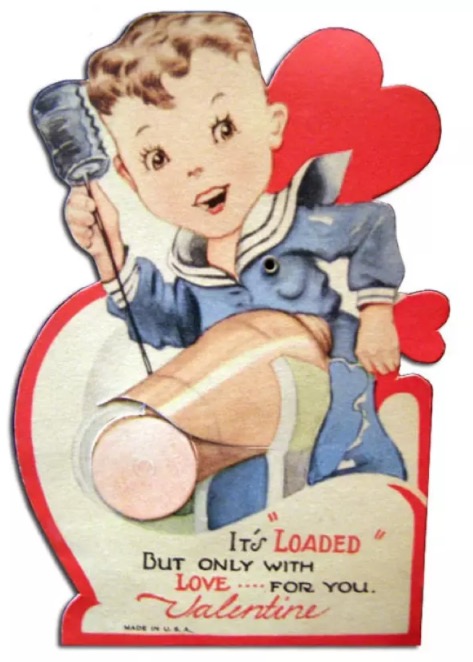 Hey, let’s put a flesh-colored cannon right on top of his crotch! Nobody will read anything into that!

I’m pretty sure that’s what his actual penis looks like, too. Some STDs you can only get from being an old-timey sailor. 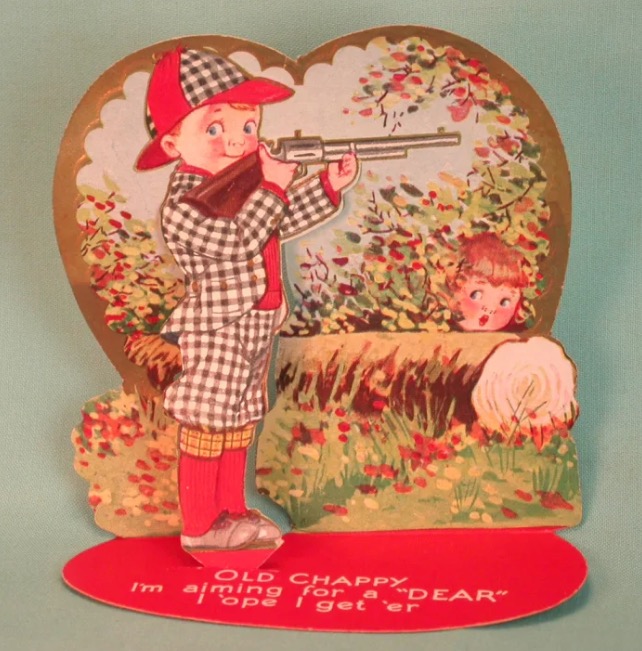 Oh cool, they based a Valentine’s Day card on Dick Cheney’s honeymoon. 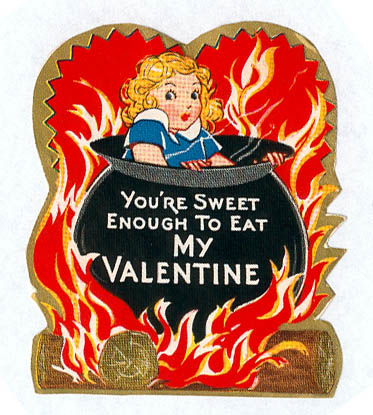 This is the exact moment she realized, “Wait, this isn’t a jacuzzi!” 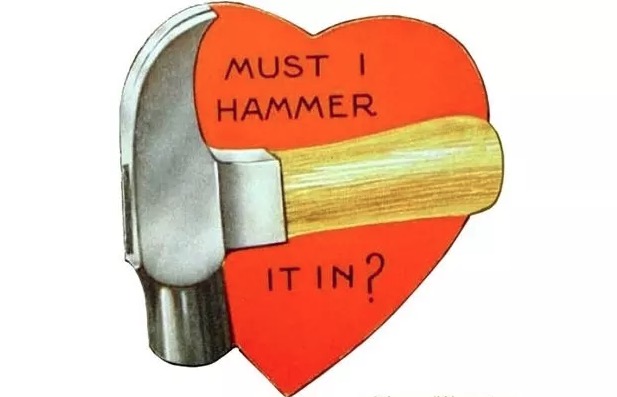 I’ve been staring at this one for twenty minutes and I can’t figure out what the hell it means. Erectile dysfunction? Sure, let’s go with that. 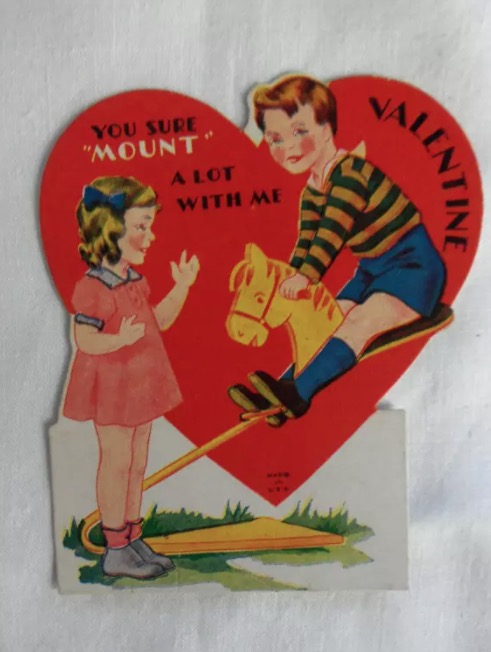 This is actually the cover of my forthcoming book, Girl, He’s Just Not That Into You, Because He’s REALLY Into Humping Inanimate Objects. 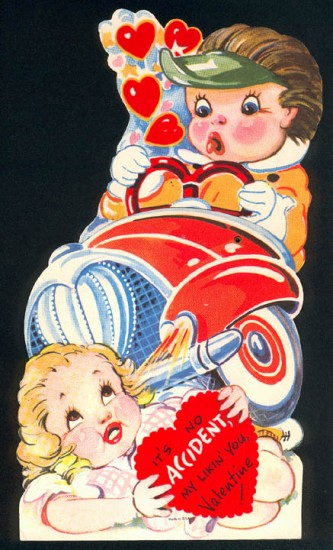 This card sends a fun message:

“Ladies, if you have a crush on a guy and aren’t sure how to tell him, just throw yourself in front of his car. He’ll feel so bad he’ll marry you right in the hospital!” 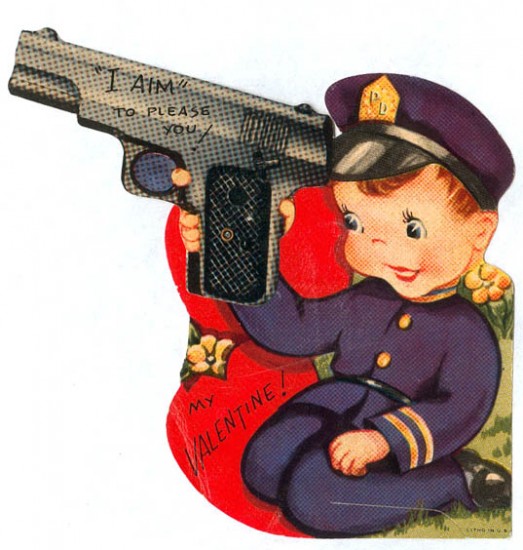 Let’s just move past this one, shall we? 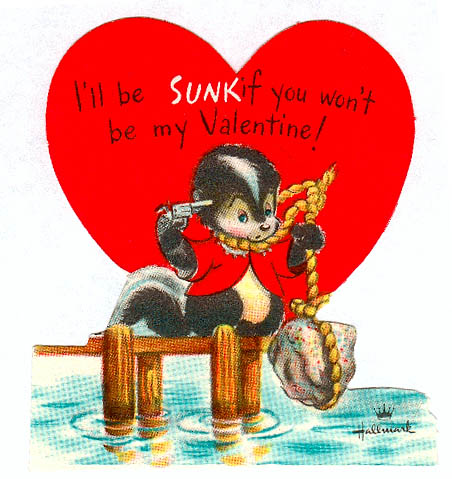 Honestly, the thing that bothers me the most is the gun. Because it’s unnecessary. He already has a noose!

h/t: Buzzfeed and The Mary Sue

Taking Selfies at Funerals Is Not Cool, But These Folks Did It Anyway
People Are Sharing The Music Lyrics That They Totally Misheard
15 Tweets That Might Make Sense If You’re Terrible with Money
17 Nutso Stories of Why Students Were Sent to the Nurse
24 Faces So Pretty, They Make You Say Gross
15 Posts Of Millennials Defending Their Generation From Baby Boomers’ Criticism
We use cookies to offer you a better experience, analyze traffic, personalize content, and serve ads. Learn more