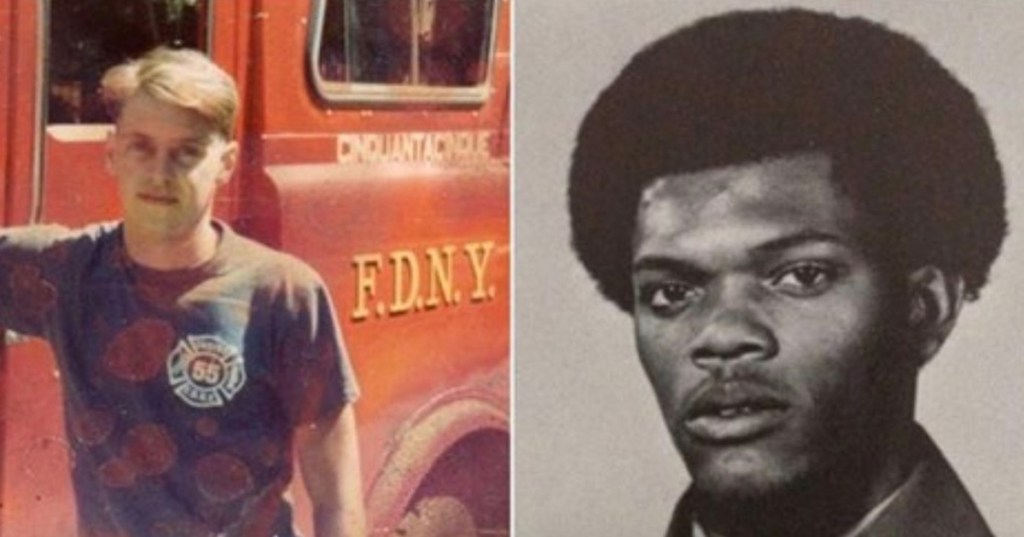 15 Celebrities Who Were Involved In Historic Events

History is influenced by people both extraordinary and ordinary, from a tactical military genius like Napoleon to the anonymous man who faced down a column of tanks in Tiananmen Square. Celebrities who witnessed history are a little of both–sure, they’re extraordinary for their talents, but when history was being made they were spectators like everybody else.

Below are 15 stories about celebrities who had a front-row seat to some of the most momentous events of the 20th century. Lots of them were onlookers, but a few were actual participants, even if they had a minor role. Read below and see how history can touch everyone, from all walks of life.

1. Steve Buscemi served as an NYC firefighter on 9/11. 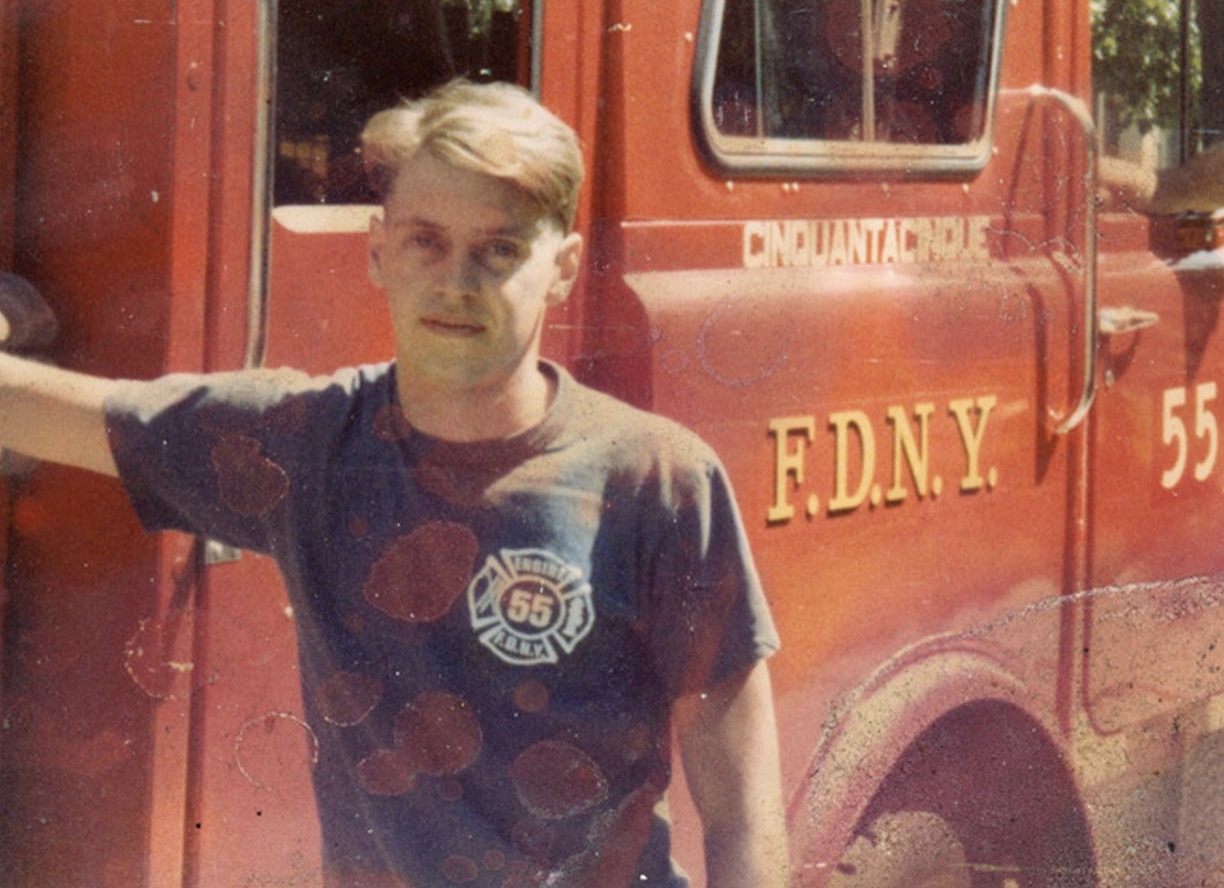 The Boardwalk Empire and Fargo actor was born in New York City and grew up in Brooklyn. Before he became a movie star he worked as a New York City firefighter, joining the FDNY’s Engine Co. 55 in the Little Italy neighborhood of Manhattan, where he worked from 1980 to 1984. Eventually he moved on to acting and became the star we know and love today.

But on the day of the September 11th, 2001, Buscemi returned to his firehouse and pitched in. For the next week he worked 12 hour shifts clearing rubble at Ground Zero, for no publicity.

“It was a privilege to be able to do it,” he said. “It was great to connect with the firehouse I used to work with and with some of the guys I worked alongside. And it was enormously helpful for me because while I was working, I didn’t really think about it as much, feel it as much.”

2. Jimmy Stewart was a fighter pilot in World War II. 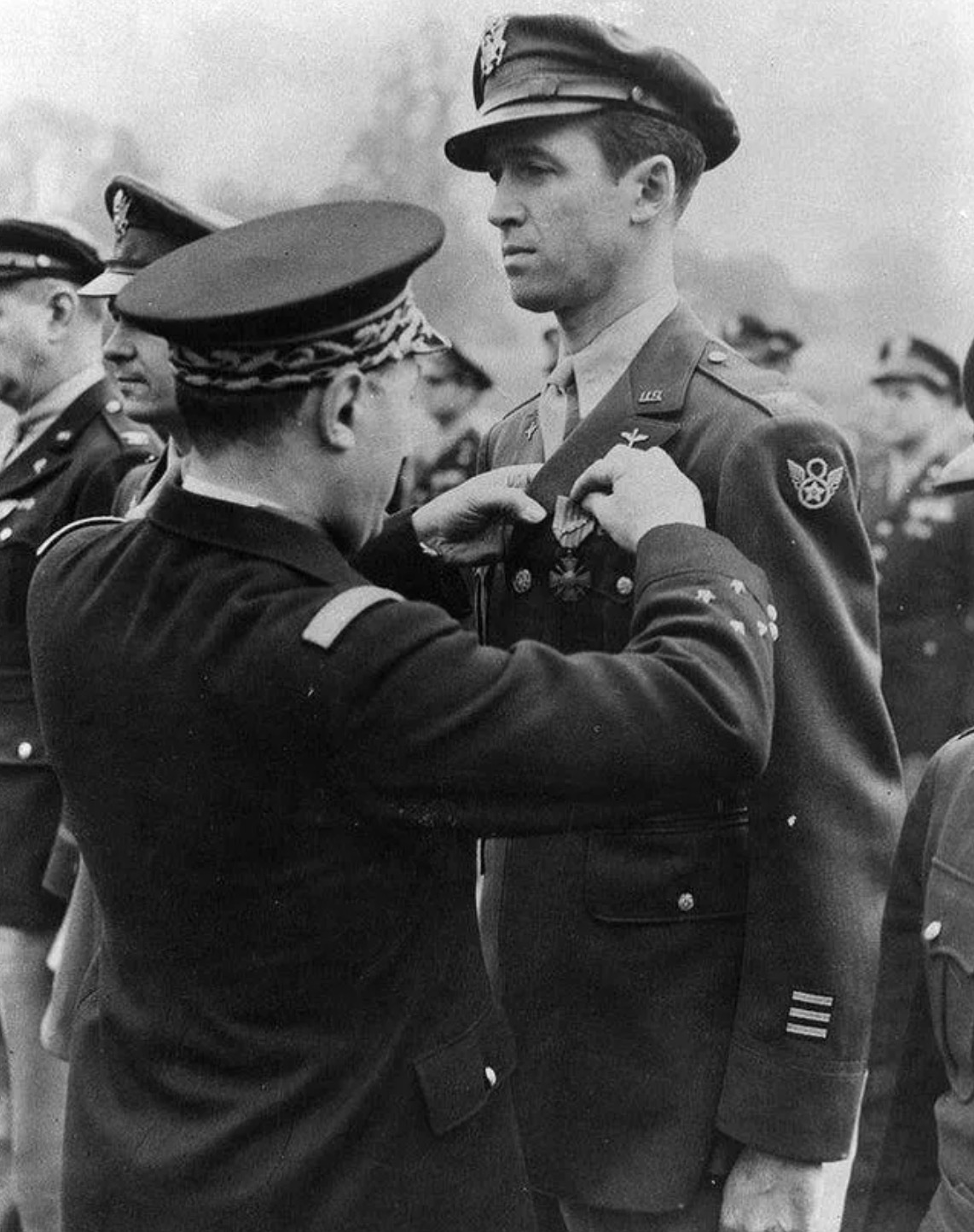 Like a lot of the people on this list, Jimmy Stewart was born in generation when most people were drafted to serve in World War II. But unlike some, Stewart was already famous when he was called on to serve, having already starred in Mr. Smith Goes to Washington.

Stewart joined the Air Force in 1941 and flew 20 combat missions against the Luftwaffe. He was awarded the Distinguished Flying Cross, the Air Medal with Oak Cluster, the Croix de Guerre with Palm and seven Battle Stars. Even though he returned to acting in 1945, he stayed in the Air Force Reserve and was promoted to Brigadier General in 1959. 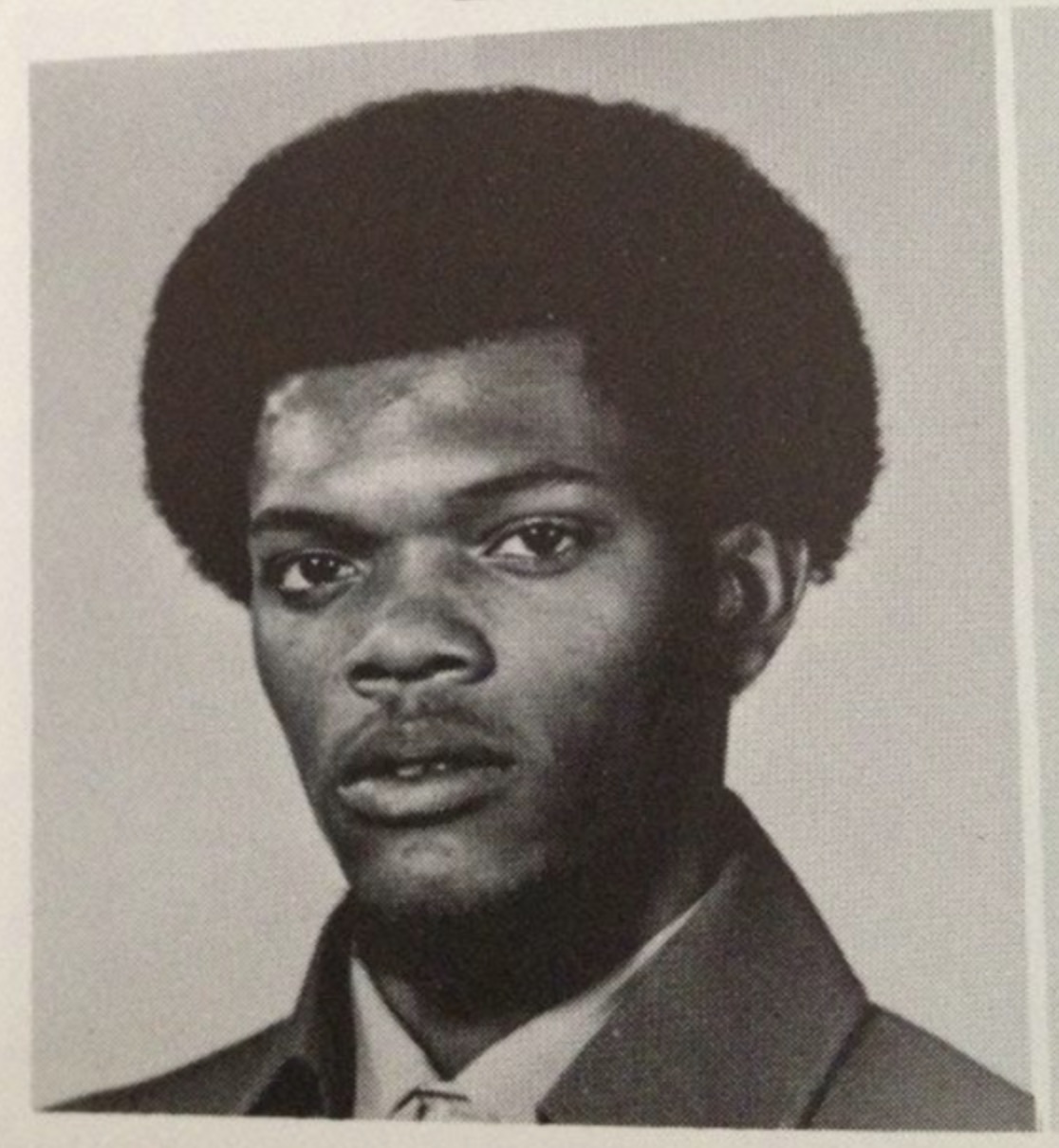 In 1966, an 18-year-old Jackson enrolled at the historically black Morehouse College in Atlanta. Two years later, civil rights icon Martin Luther King Jr. was assassinated, and his body was brought to lie in state at Spellman College, Morehouse’s adjacent women’s school. Jackson served as an usher for the funeral, and he says the experienced motivated him to join the civil rights movement. “I was angry about the assassination, but I wasn’t shocked by it. I knew that change was going to take something different – not sit-ins, not peaceful coexistence,” he said.

One year later, Jackson was part of a group of students who held the Morehouse board of trustees hostage over the curriculum. Coincidentally, one of the trustees was Martin Luther King Sr. 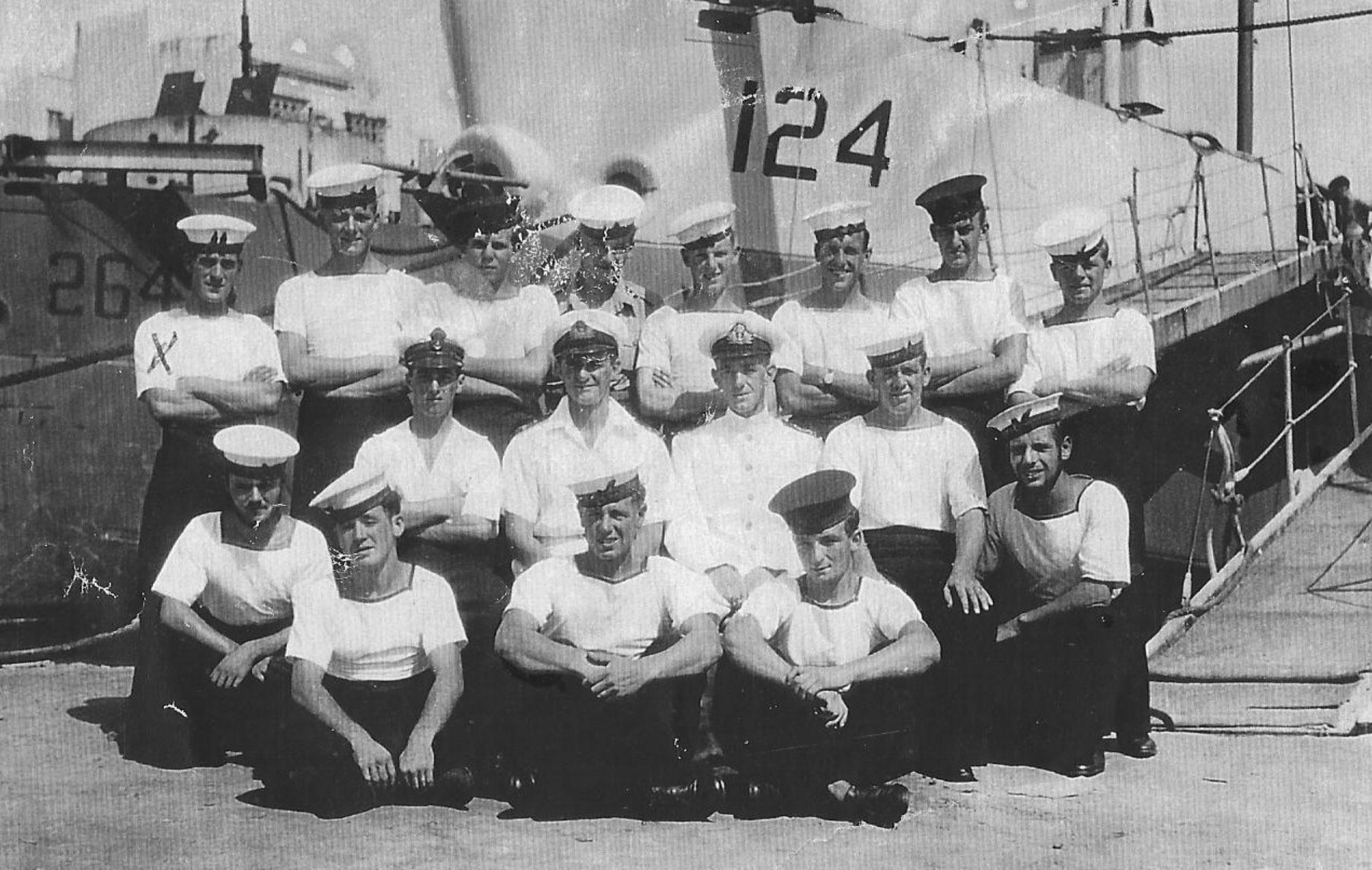 Long before he was Obi-Wan Kenobi, (middle row, third from right in the photo above), Sir Alec Guinness served as a Royal Navy Volunteer Reserve, where he was an officer on a troop landing vessel. He served at several important battles, including the Invasion of Sicily in 1943 and the D-Day landings in 1944.

In his autobiography, Guinness poked fun at his service record. “When, nowadays, I am asked what I consider the best performance I have given, I reply, ‘That of a very inefficient, undistinguished, junior officer in the Royal Navy Volunteer Reserve. It also proved to be the longest-running show I have ever been in.’”

5. A young Eleanor Roosevelt survived the sinking of the Britannic. 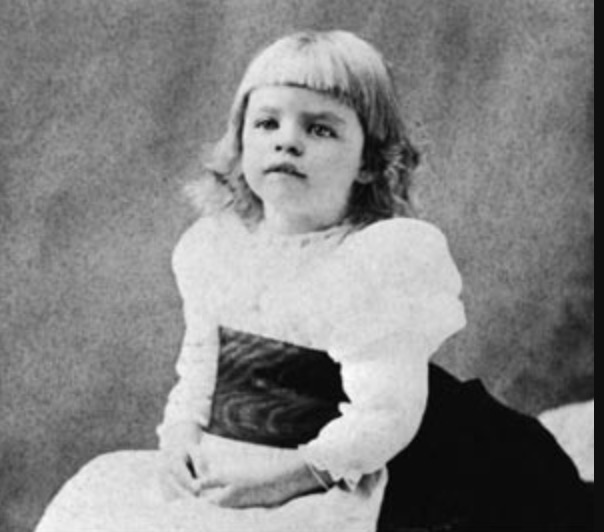 The 1912 sinking of the Titanic is one of the biggest disasters in maritime history, but 35 years earlier, another White Star ocean liner sinking dominated the headlines. On May 19th of that year, the Britannica and its 450 passengers were en route from New York City to Liverpool when they were enveloped in a heavy fog. Low visibility meant the captain didn’t see the oncoming Celtic, and the ships collided. Six people died in the crash, and even though the two-year-old future First Lady survived, she developed a lifelong fear of water and boats.

6. Pat Sajak was an army DJ during Vietnam. 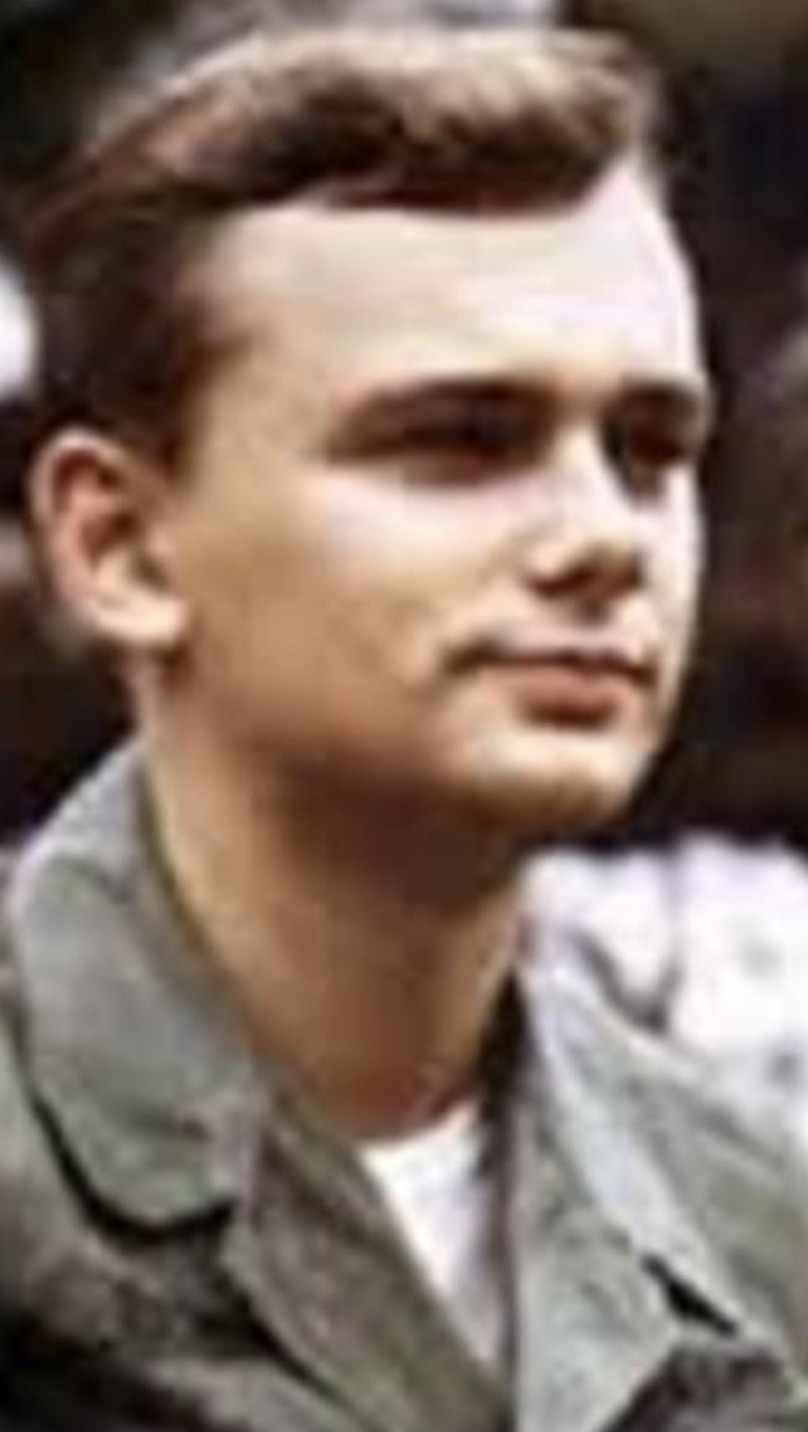 The Wheel of Fortune host had already been a civilian radio DJ before joining the military, but when he enlisted he was initially trained as a typist. Eventually he was able to put his radio skills to use when the army transferred him to the Armed Forced network and made him a DJ in Vietnam. He began each broadcast with the catch phrase “Good morning, Vietnam!”, first coined by legendary DJ Adrian Cronauer.

7. Audrey Hepburn was a member of the Dutch Resistance. 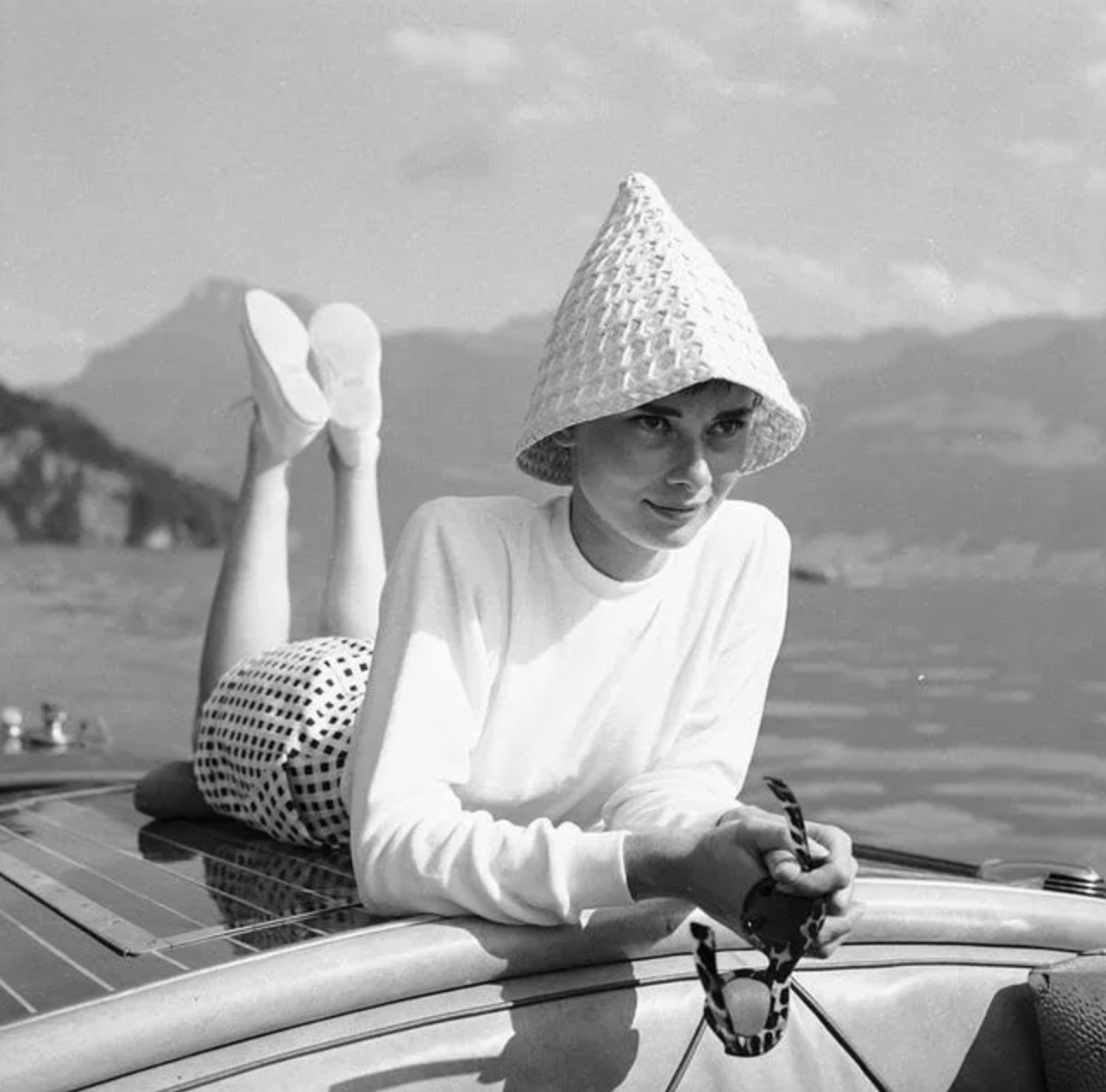 Yep, one of the biggest movie stars of the 20th century was also a resistance fighter! Audrey Hepburn’s father was British but her mother was from the Netherlands. At the outset of World War II, the family moved to the Netherlands because her mother believed a neutral country would be safe from Nazi influence. But in 1940, the Nazis invaded and occupied the country.

Like many other Dutch children Hepburn had to take jobs so her family could survive. One of those jobs was delivering documents between different resistance groups. The Nazi occupation was brutal and would affect her for the rest of her life–at one point the Nazis cut off food supplies to the rebellious nation, which is what gave Hepburn her legendary slender figure.

8. Jet Li and his family almost drowned in the 2004 Indian Ocean tsunami. 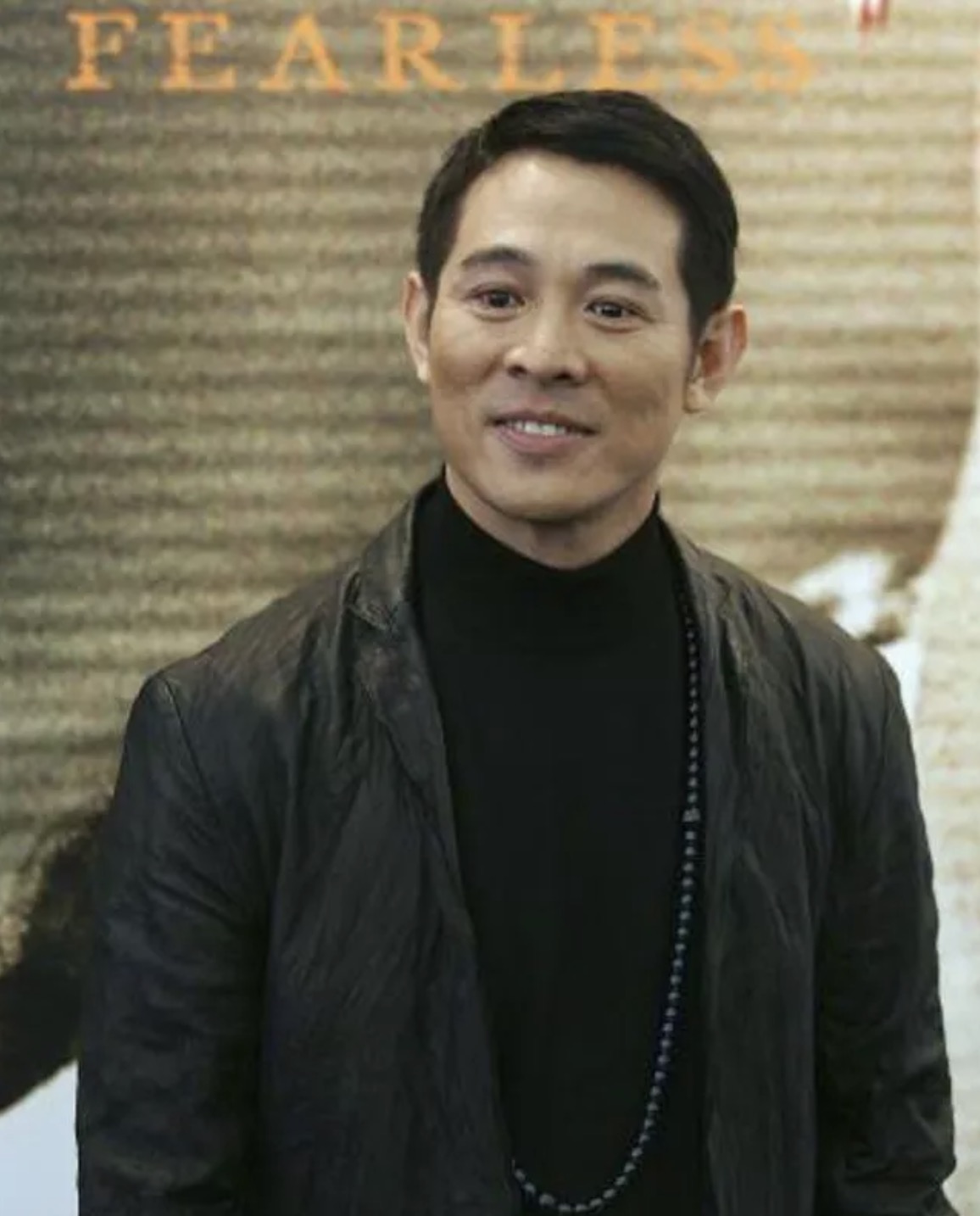 The movie star, philanthropist and martial arts master was on vacation in the Maldives with his wife, two young daughters, and their nanny when the tsunami hit. An oncoming wave flooded their hotel almost instantaneously, and Li was nearly swept away from his family until four other hotel guests rescued him. The experience inspired him to start the One Foundation, which focuses on disaster relief. Over 200,000 people died in the natural disaster,

9. Christopher Lee was an actual spy. 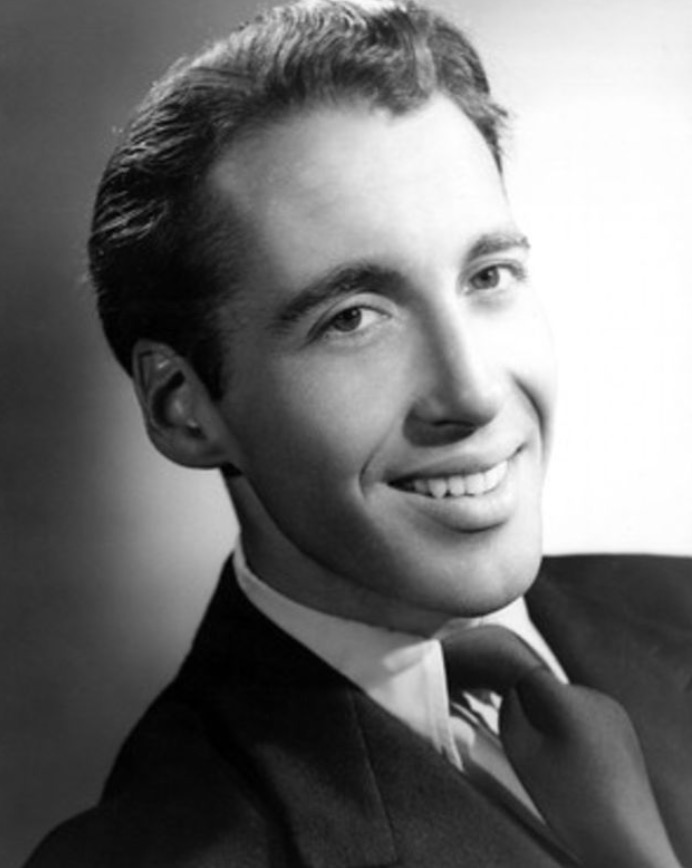 Christopher Lee has played some of the most iconic villains in film history, from Saruman to Count Dooku to The Man with the Golden Gun to Dracula himself, but his real life was arguably more interesting than anything he did in the movies.

During World War II, the multilingual Lee served in the Special Air Service, (SAS), a special forces branch of the British military. The SAS typically conducts reconnaissance, sabotage, and hostage rescue, but most of Lee’s actions are still classified to this day. We do know that he nearly died twice, and at one point he quelled a mutiny among his fellow officers. Later in life, Lee summed up his experience thusly: “When the Second World War finished I was 23 and already I had seen enough horror to last me a lifetime.”

10. Sigourney Weaver saw The Beatles at The Hollywood Bowl. 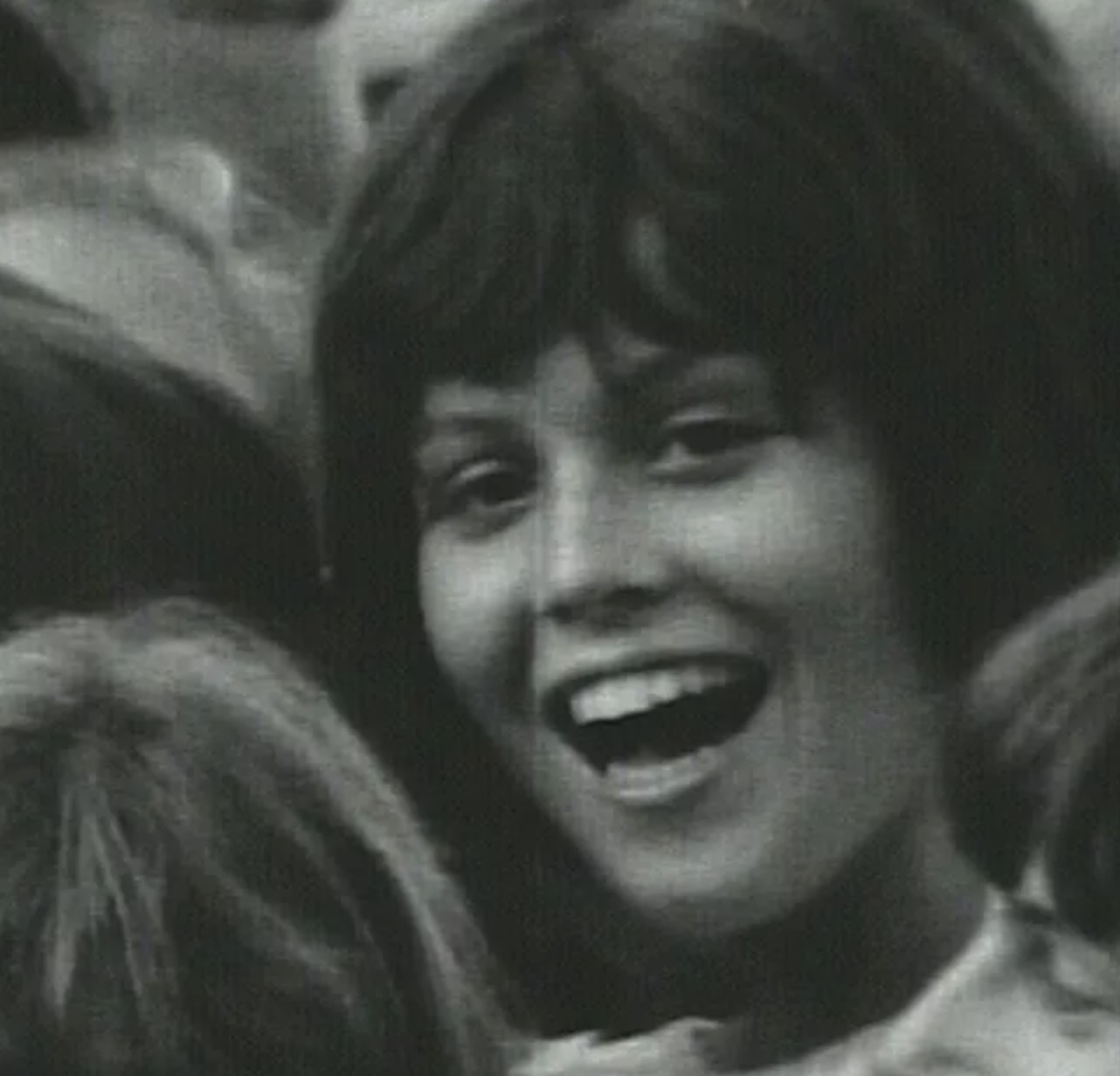 The Beatles documentary 8 Days a Week captures the Fab Four’s legendary 1964 performance at The Hollywood Bowl in front of 18,700 people–but the cameras also recorded a young Sigourney Weaver in the crowd. The Alien star later confirmed that she had attended the show at age 14. Her voice has probably just stopped being hoarse from all the screaming.

11. George Takei was placed in a Japanese internment camp. 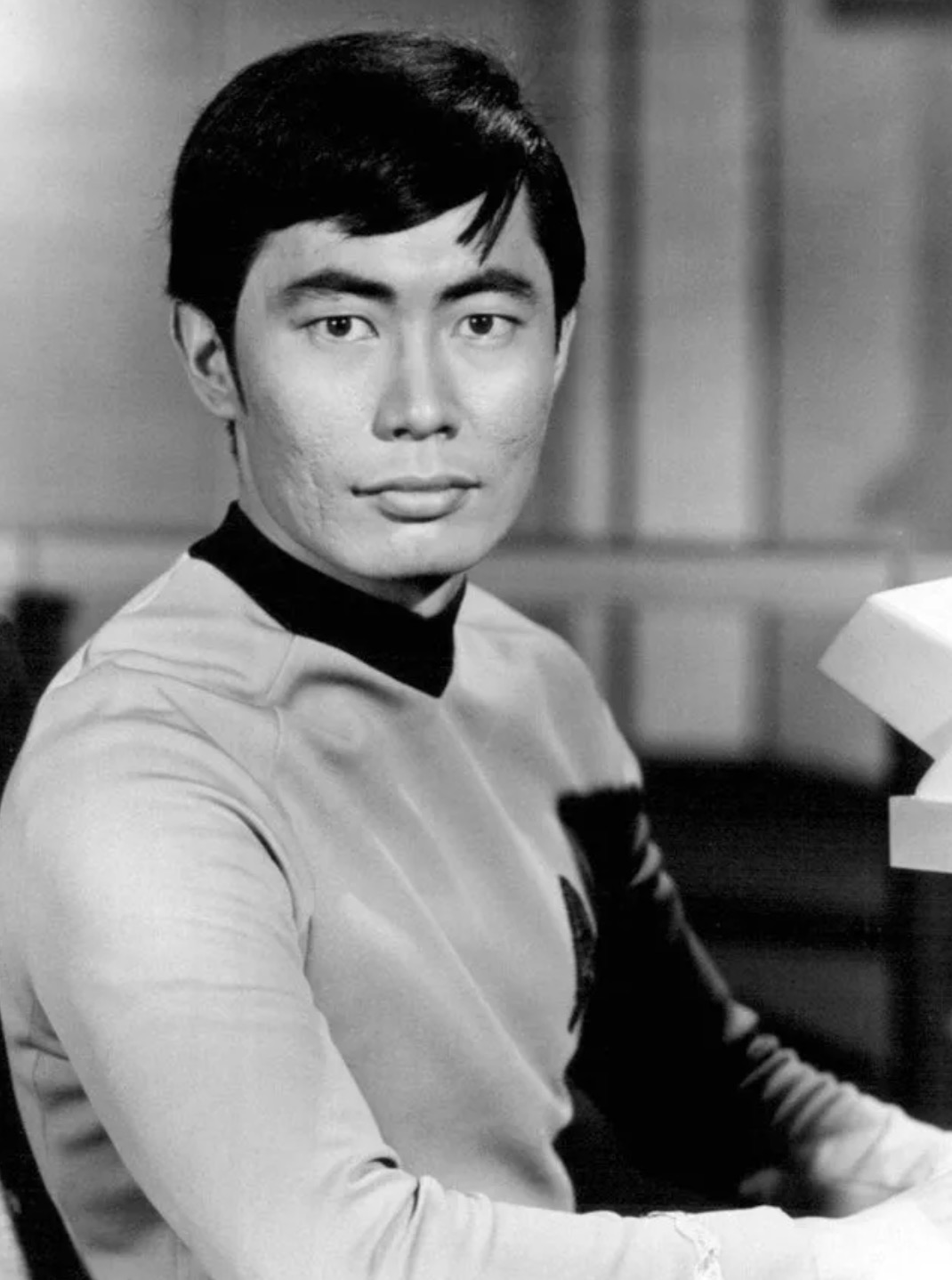 During World War II, the United States forcibly relocated over 100,000 American citizens of Japanese ancestry to internment camps. The five-year-old future Star Trek actor and his family were moved to a camp in Arkansas, where they stayed until Takei was eight.

When they were released, Takei says his family was given “A one-way ticket to wherever in the United States [they] wanted to go to, plus $20.” He continues to speak about his experiences today. 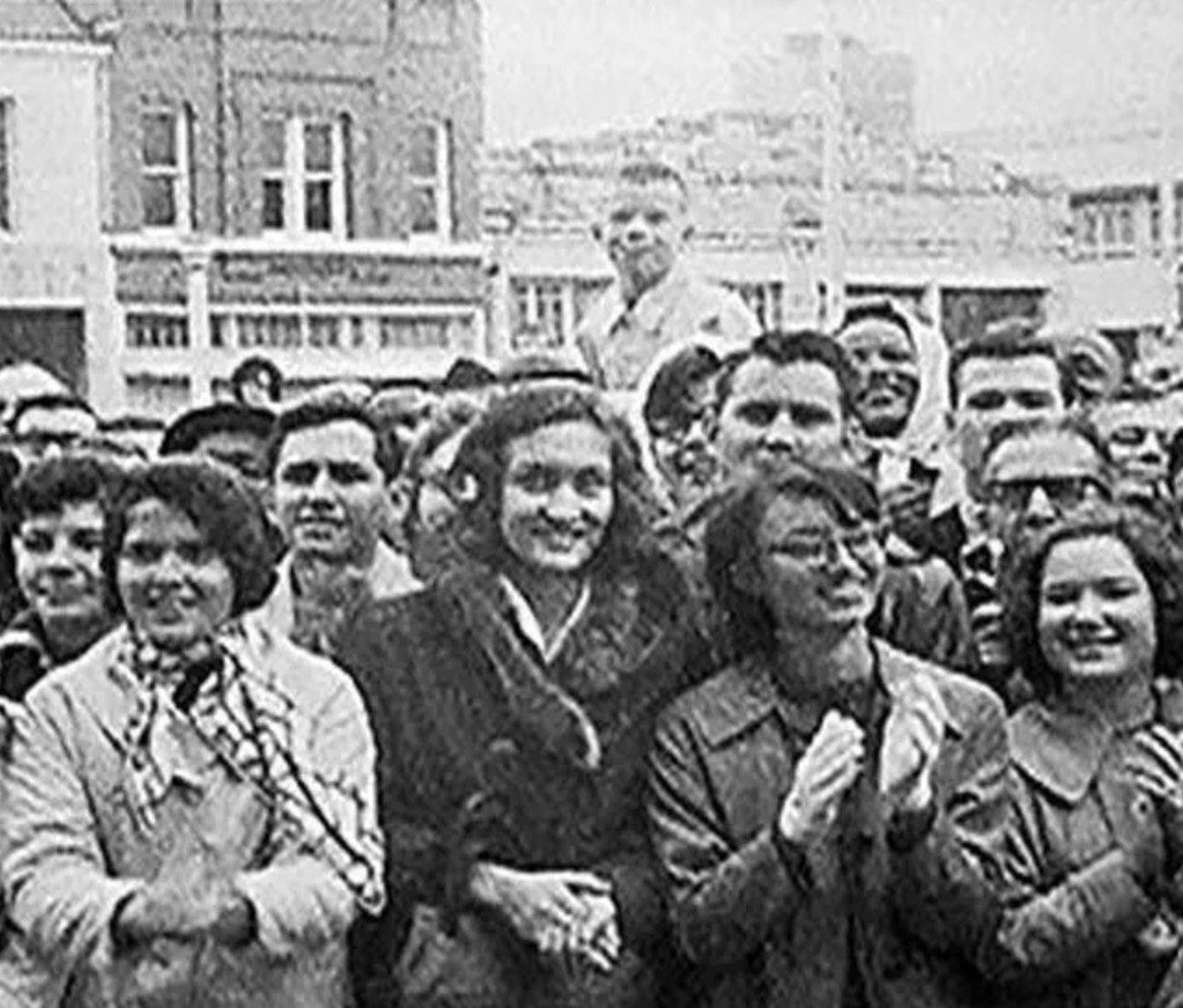 Texas native and Big Love star Bill Paxton was eight years old on November 22, 1963, the day John F. Kennedy was assassinated. That morning, Paxton, along with his father and brother, saw the president speak at a Fort Worth hotel–an accommodating stranger even lifted Paxton up on his shoulders to get a better look at JFK. Kennedy was shot in Dallas that afternoon, making the speech the final public remarks of his life. 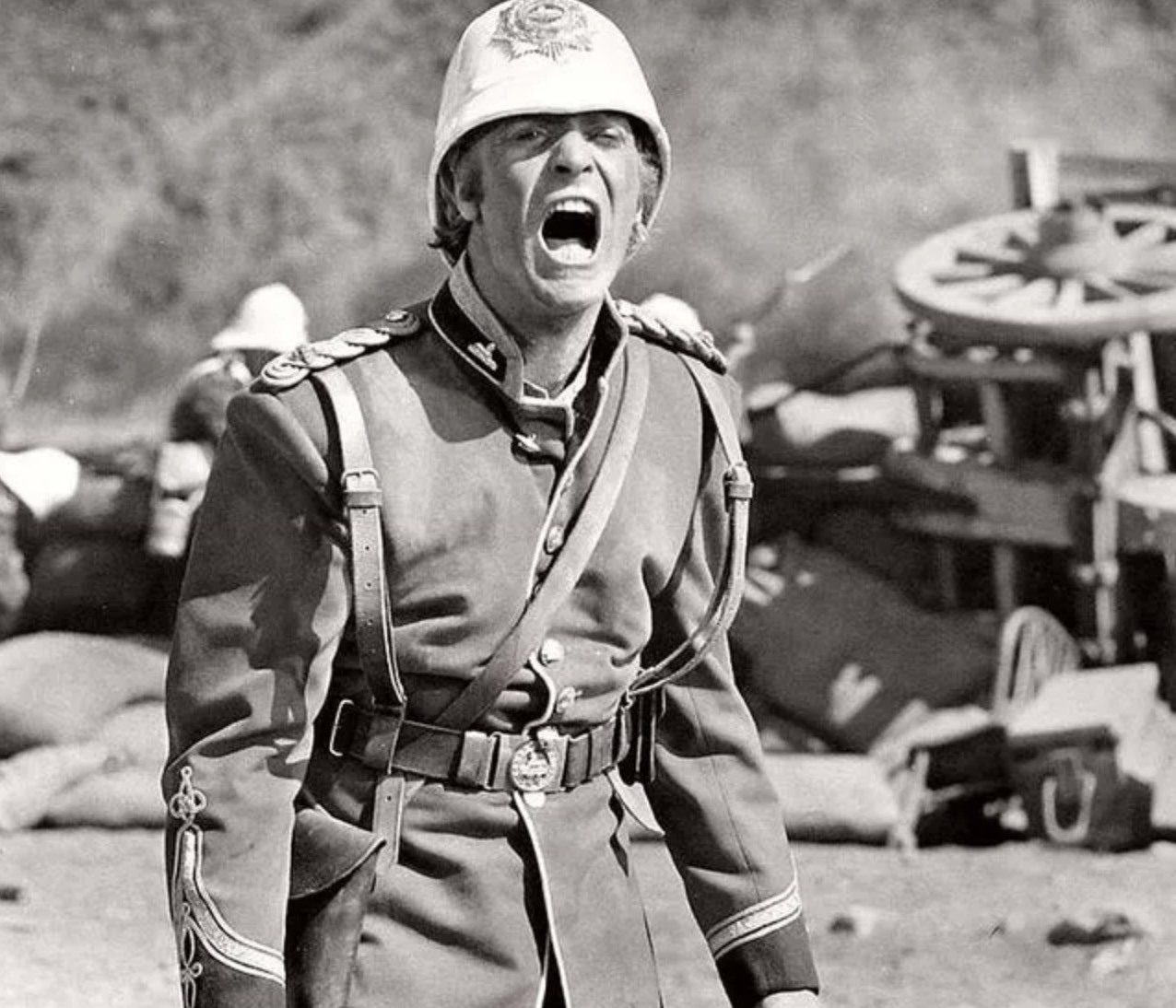 The legendary British actor was an 18-year-old reservist in 1950, and when North Korea invaded South Korea that year, he was called up to active duty and sent to war. Caine served on the front lines and later recounted a life-altering brush with death:

“There were four of us on patrol in a valley in the middle of the rice paddies. The Chinese were closing in on us and the officer said, ‘Let’s run towards their line – they won’t expect it because they’ll be expecting us to run away towards our lines.’ So we did that and we ended up going right around them. They couldn’t find us because they were looking in the wrong place and we got away. But we’d faced that moment that we thought was the end.

That night we went back to our bunkers and celebrated with a beer. We were just happy to be alive… I faced a moment when I knew I was going to die and I didn’t run, I wasn’t a coward, and it affected me deeply. I was at peace with myself and that’s guided my life, not just in terms of whether someone’s going to kill me, but in everything.” 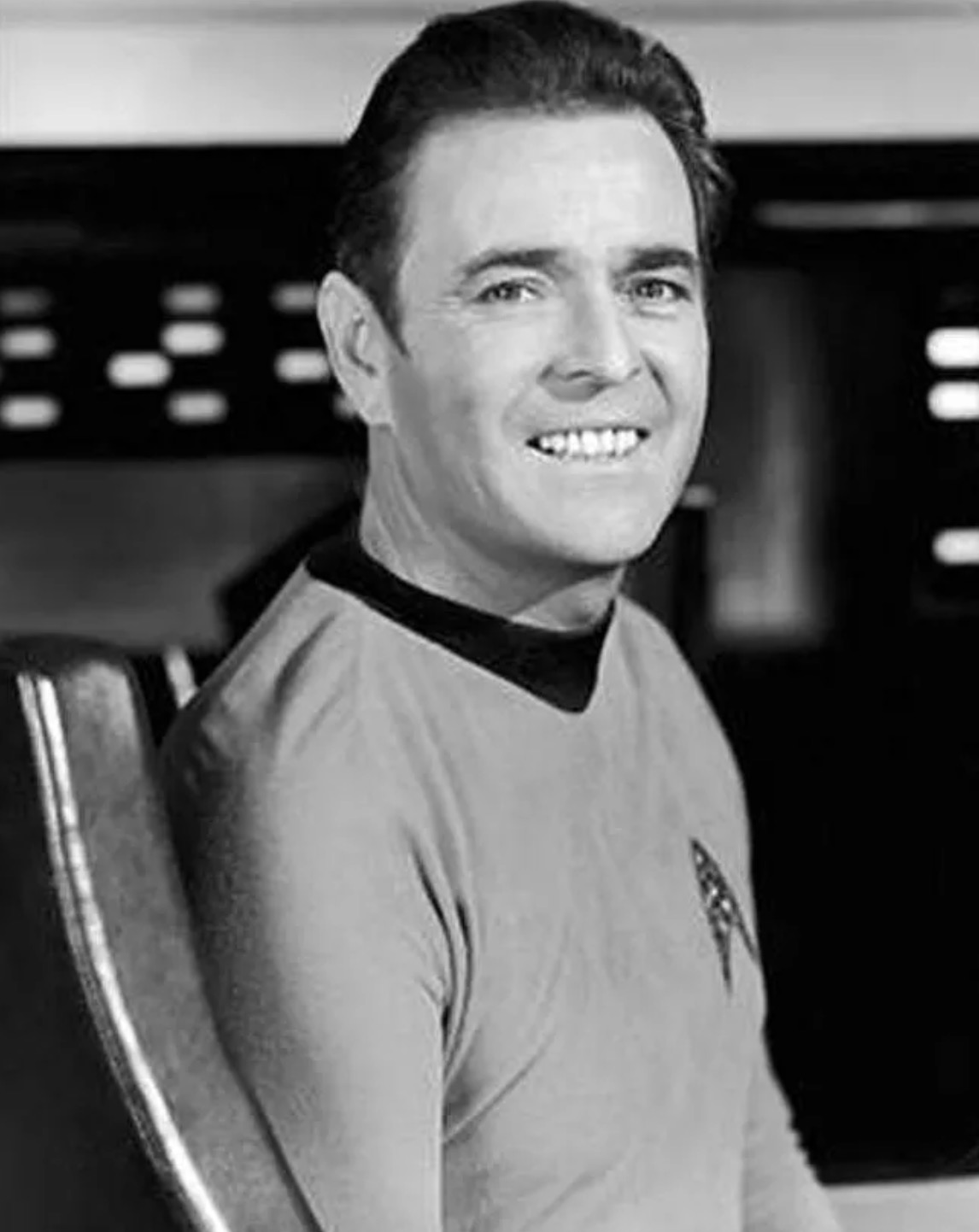 The actor famous for playing Scotty on Star Trek saw plenty of real-life action in the second World War. As a second lieutenant in the 14th Field Artillery Regiment of the 3rd Canadian Infantry Division, Doohan participated in the D-Day invasion, where his division was tasked with taking Juno Beach.

Doohan and his unit faced a harrowing ordeal the morning of the invasion. After surviving Nazi land mines and gunfire, Doohan personally killed two German snipers, and actually made it through the day’s action unscathed.

Unfortunately, that night as Doohan was walking back to his command post, a trigger happy sentry mistook him for an enemy and opened fire. He was shot six times–four in the leg, once in the chest, and a bullet took off the middle finger on his right hand.

Throughout his acting career Doohan tried to hide his missing finger, and on Star Trek producers often used a hand double. But his hand injury is still visible in some shots, like this one from the episode “Trouble with the Tribbles.” 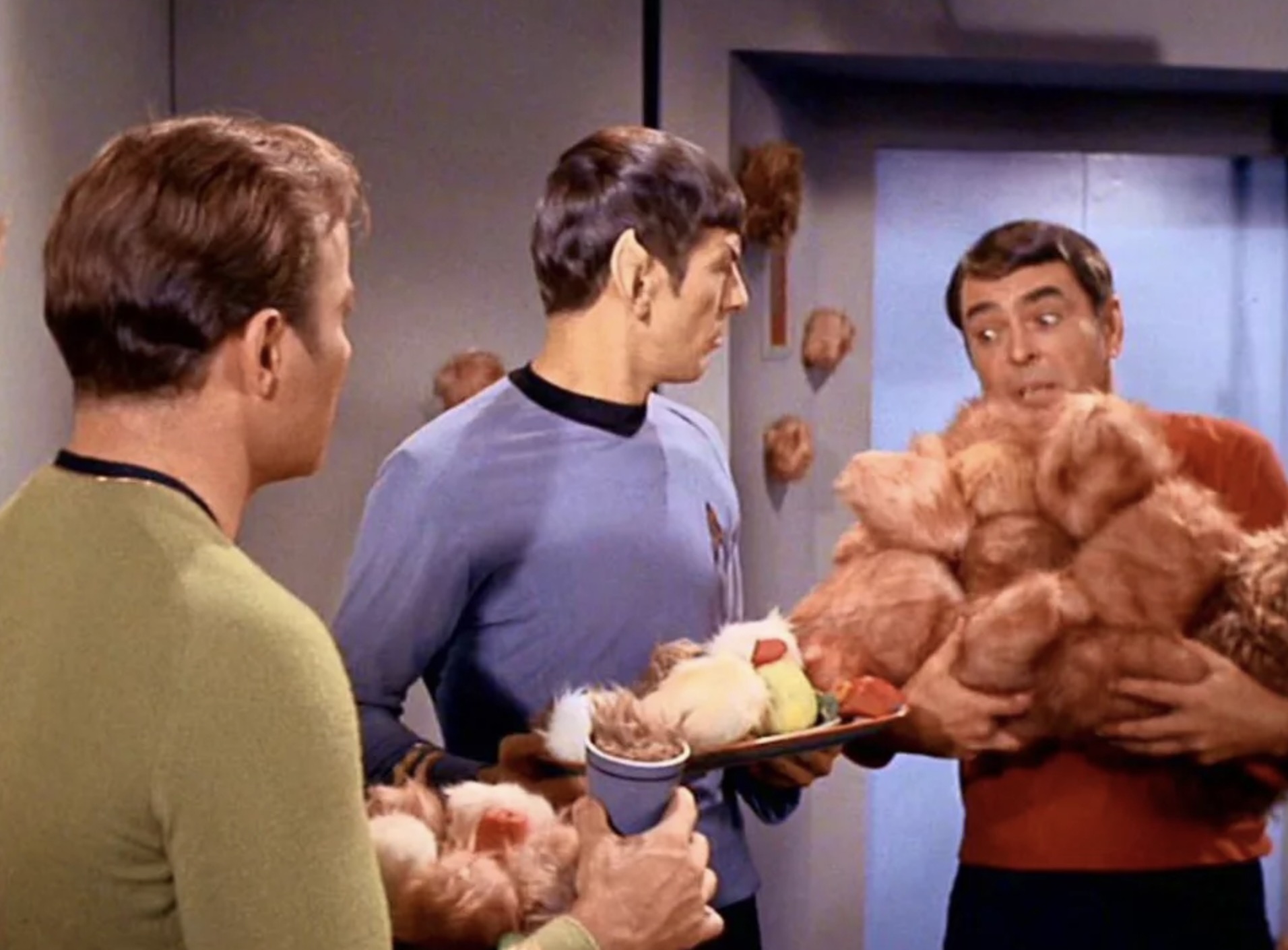 15. Fats Domino was at home when Hurricane Katrina destroyed his house. 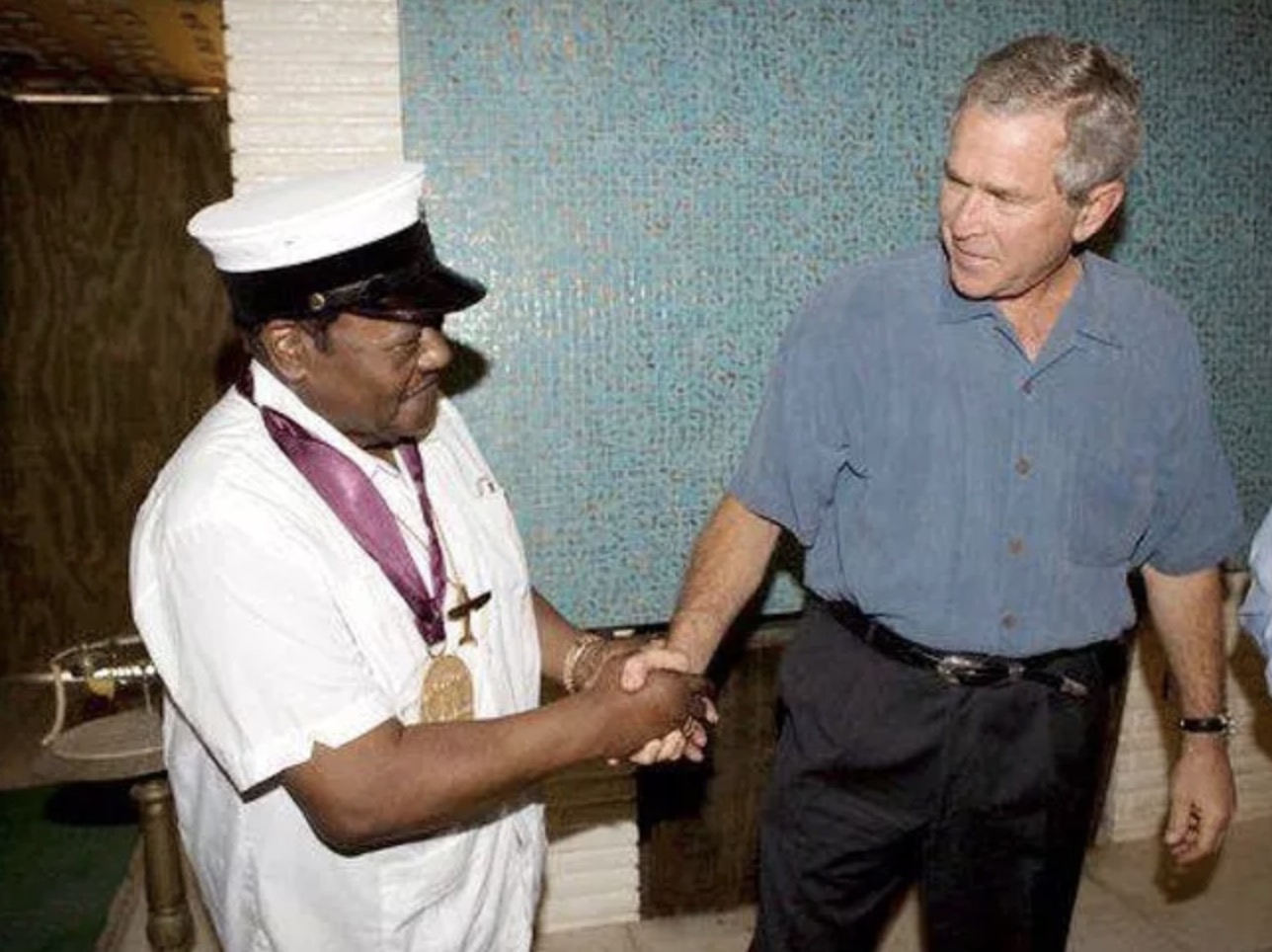 In the lead up to the deadly 2005 Hurricane Katrina, many New Orleans residents were evacuated from the city. Not rock and roll legend Antoine “Fats” Domino. As a friend put it, the 77-year-old “had gone through the last one and he could go on through this one.”

Katrina hit and flooded his home, and fans were afraid the musician had died until a Coast Guard helicopter brought him out. Later, President George W. Bush visited him and replaced his National Medal for the Arts, which had been lost in the storm.