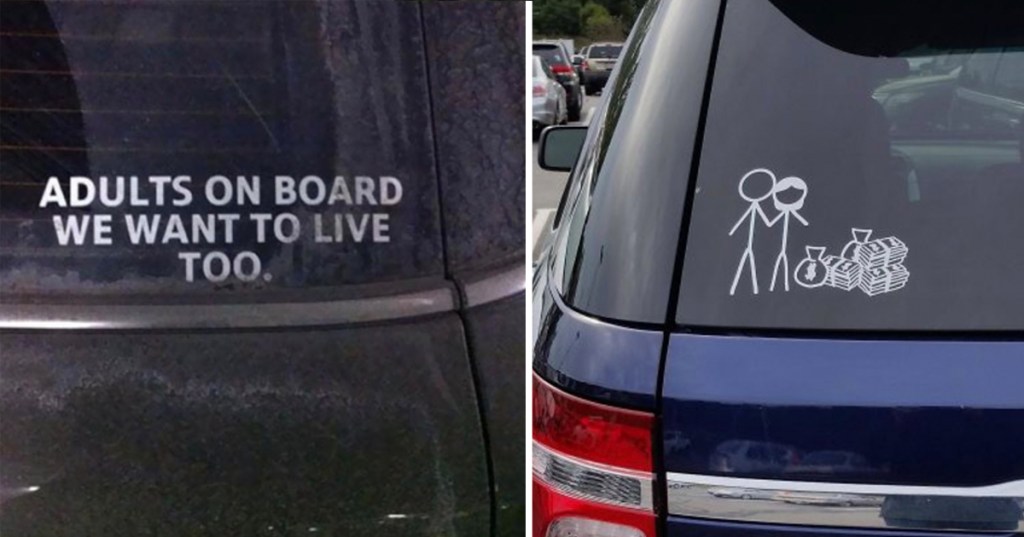 15 Bumper Stickers To Spice Up Your Next Traffic Jam

Pretty much since cars were invented, people have been putting custom messages on them. Bumper stickers are so old they actually predate “the bumper” as we know it. Before 1927, when the Ford Model A introduced the world’s first bumper, people would tie homemade “bumper signs” on their cars, sharing various slogans and messages with the world. Then in the mid 1940’s, Kansas City printer Forest Gill came up with the first self-adhesive bumper sticker like we have today.

They were a hit. Bumper stickers were popular for advertising products and promoting political candidates. Eventually they evolved to become more personalized, reflecting the driver’s personality and quirks. Because after all, who better to share your most personal beliefs with than a bunch of random strangers in other cars?

We see dozens of bumper stickers on the road each day, and we probably ignore most of them. But that doesn’t mean all bumper stickers are skippable! Because there are a rare few of them are are indeed worth your time and attention. And we’ve got 15 of them right here for you! (via Bored Panda) 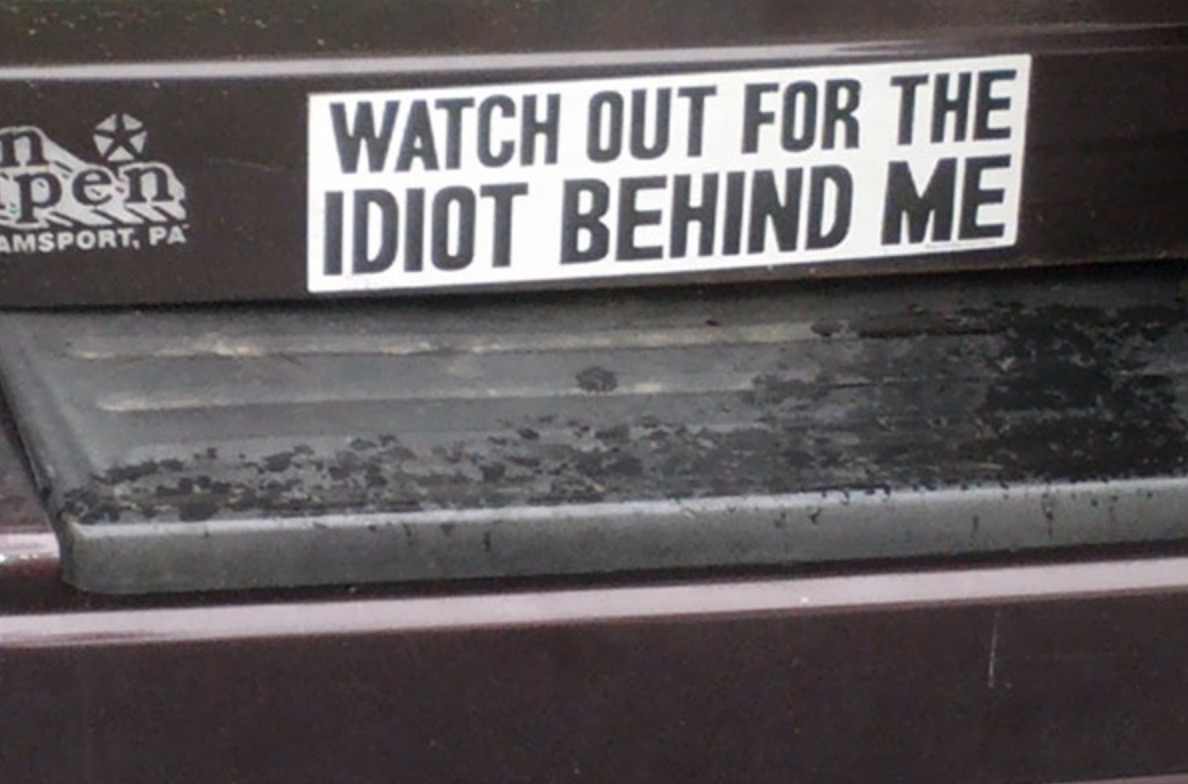 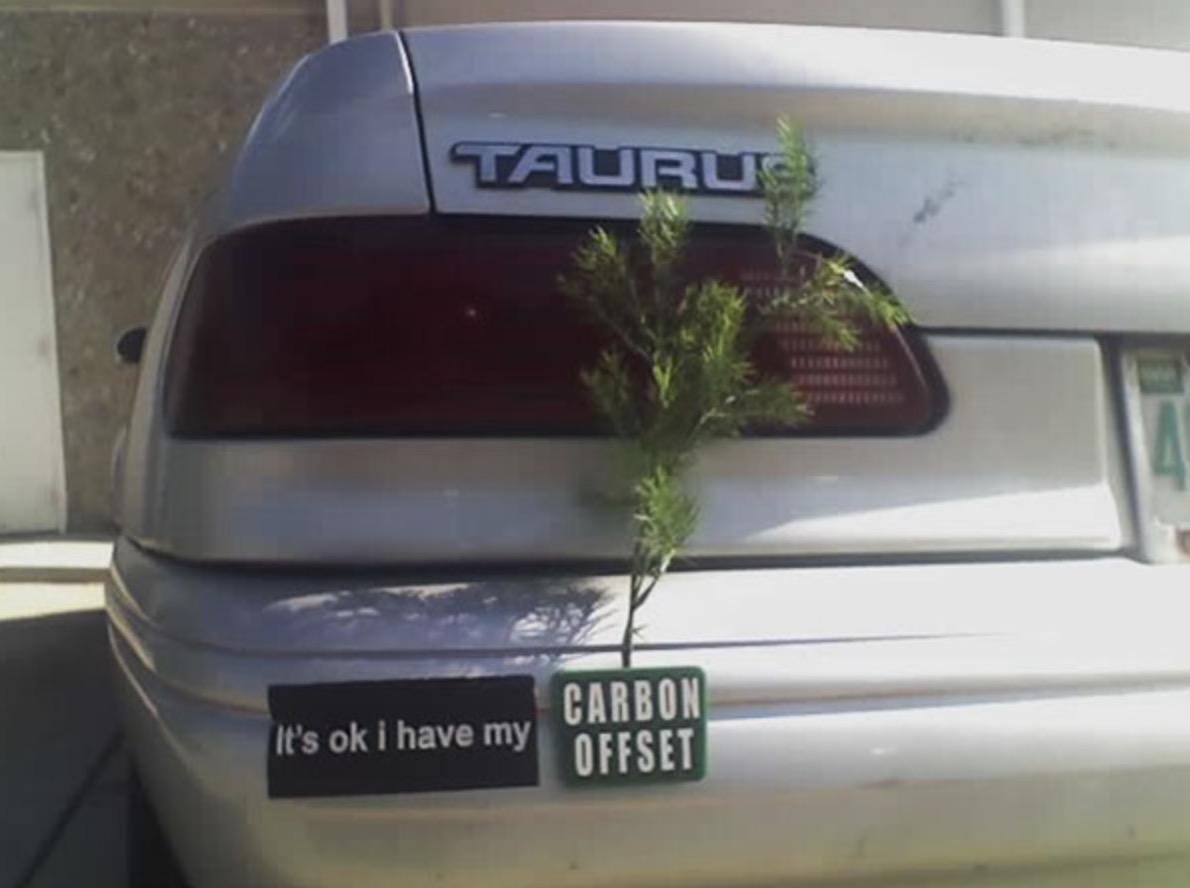 3. Incorporating the model of your car gets you extra points for creativity. 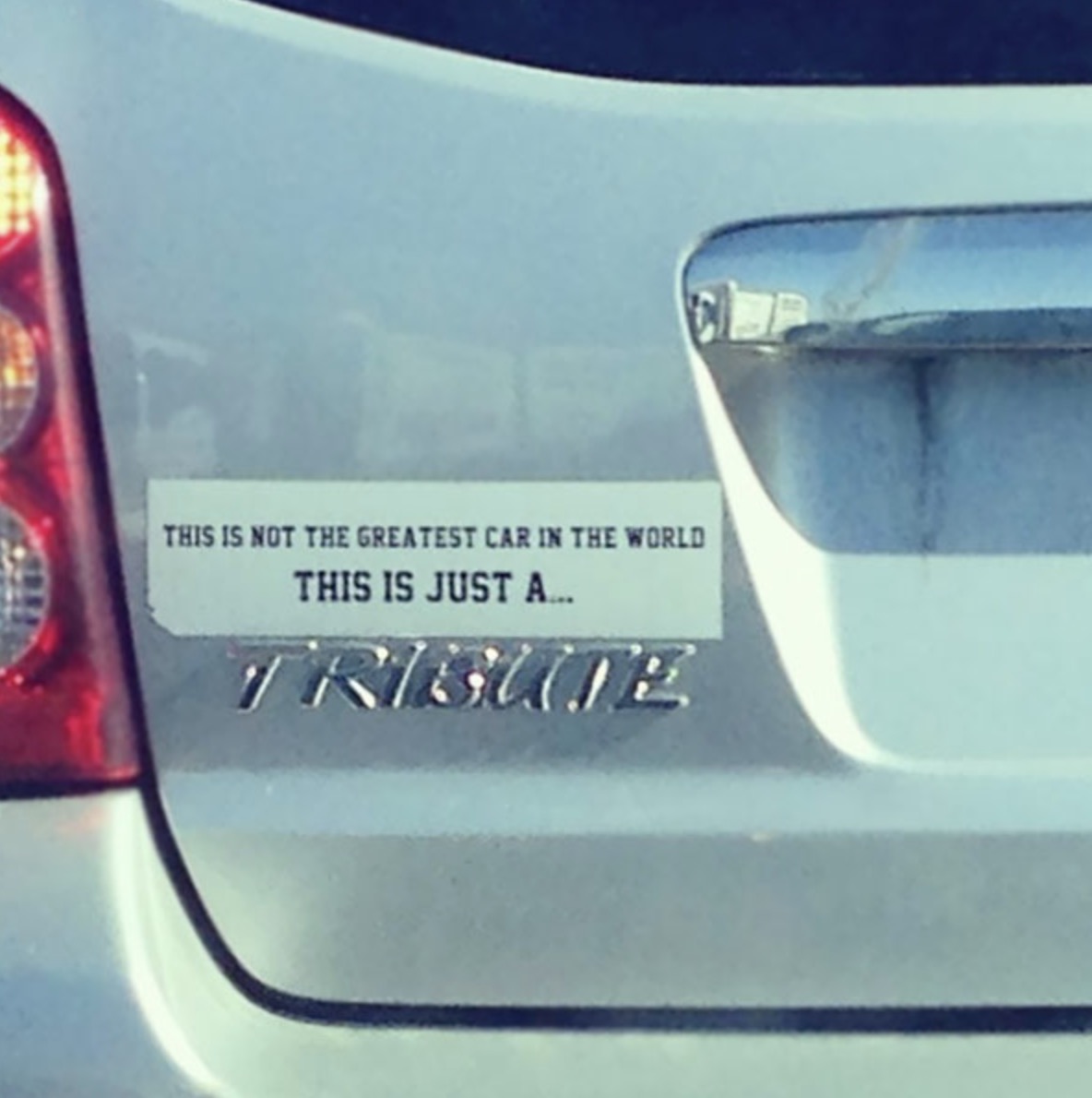 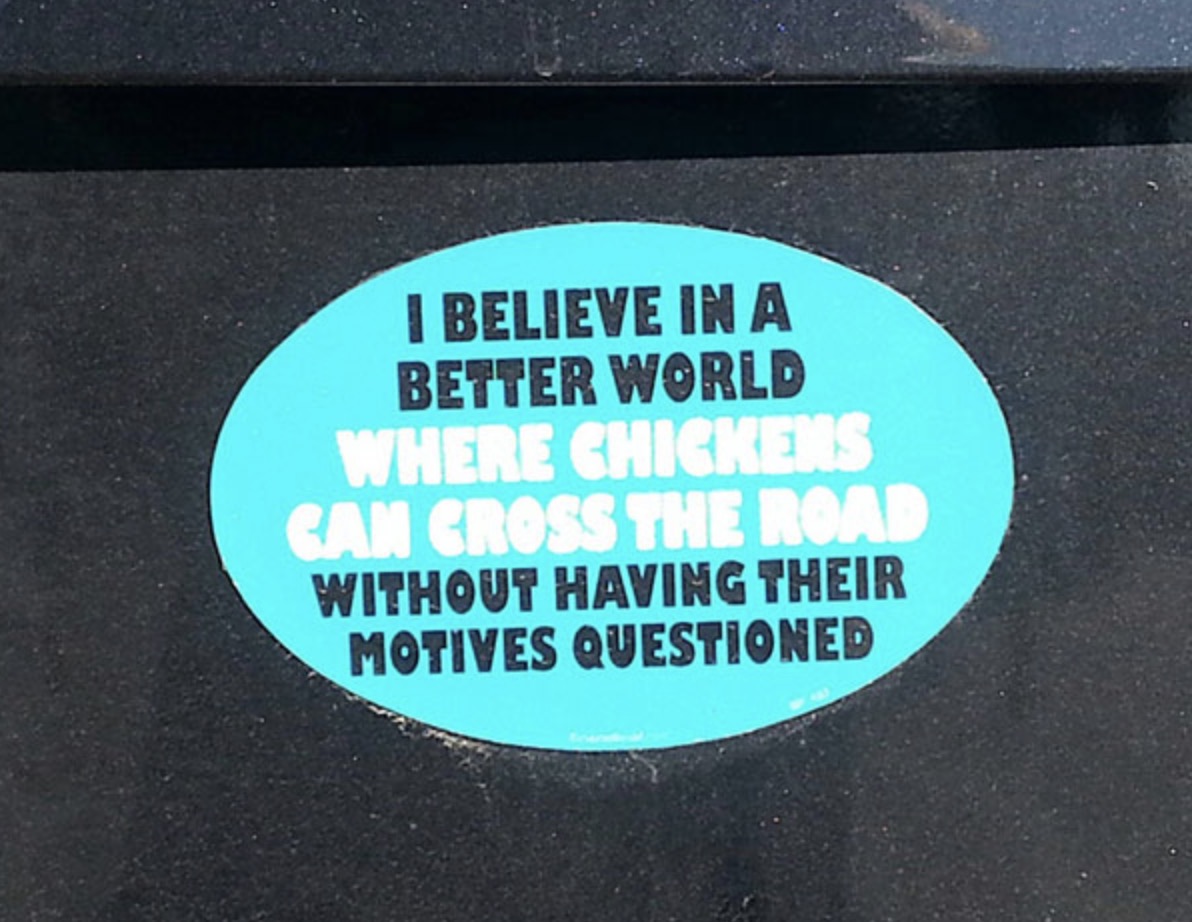 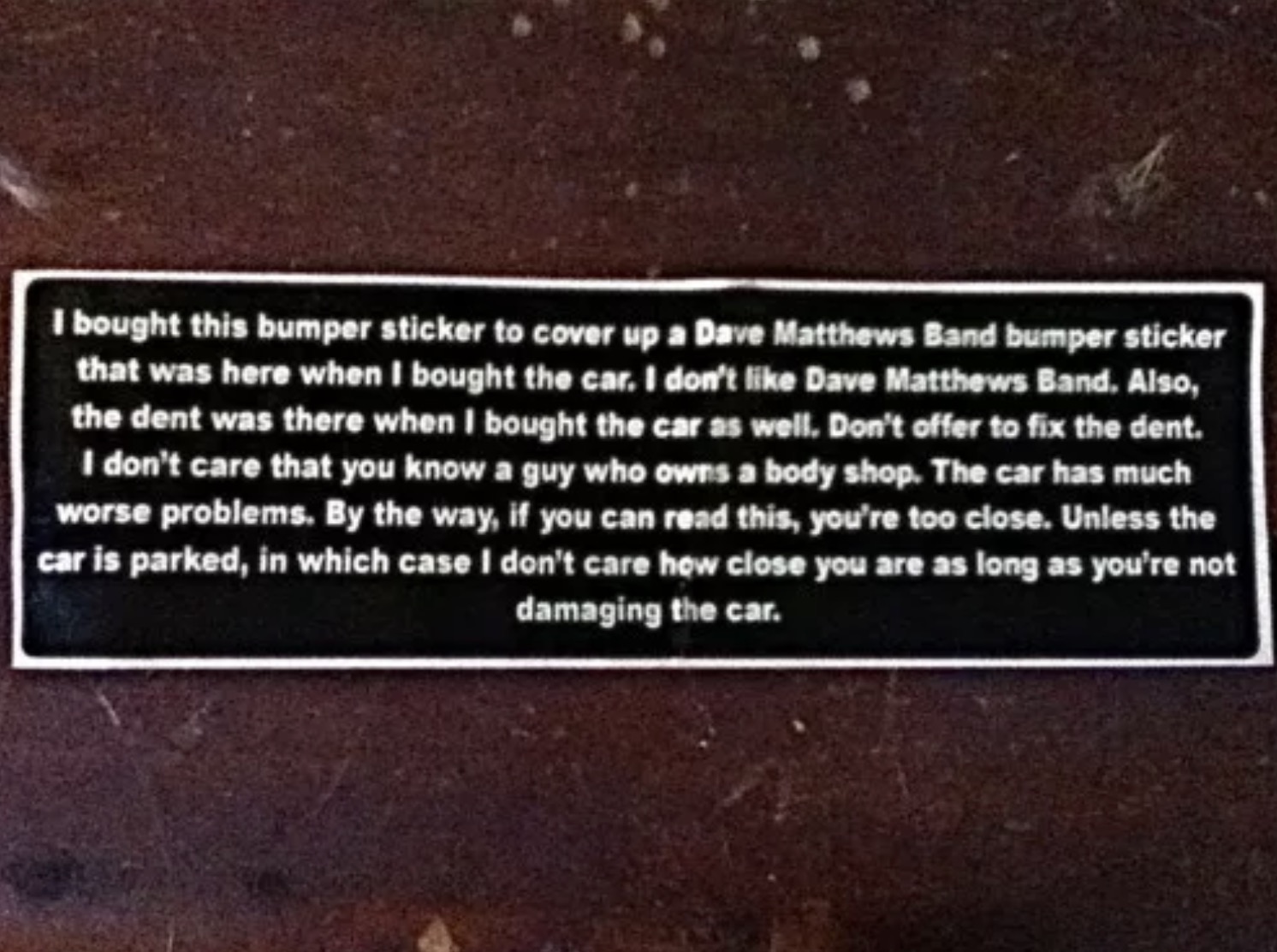 6. Are you surprised they’re from Canada? 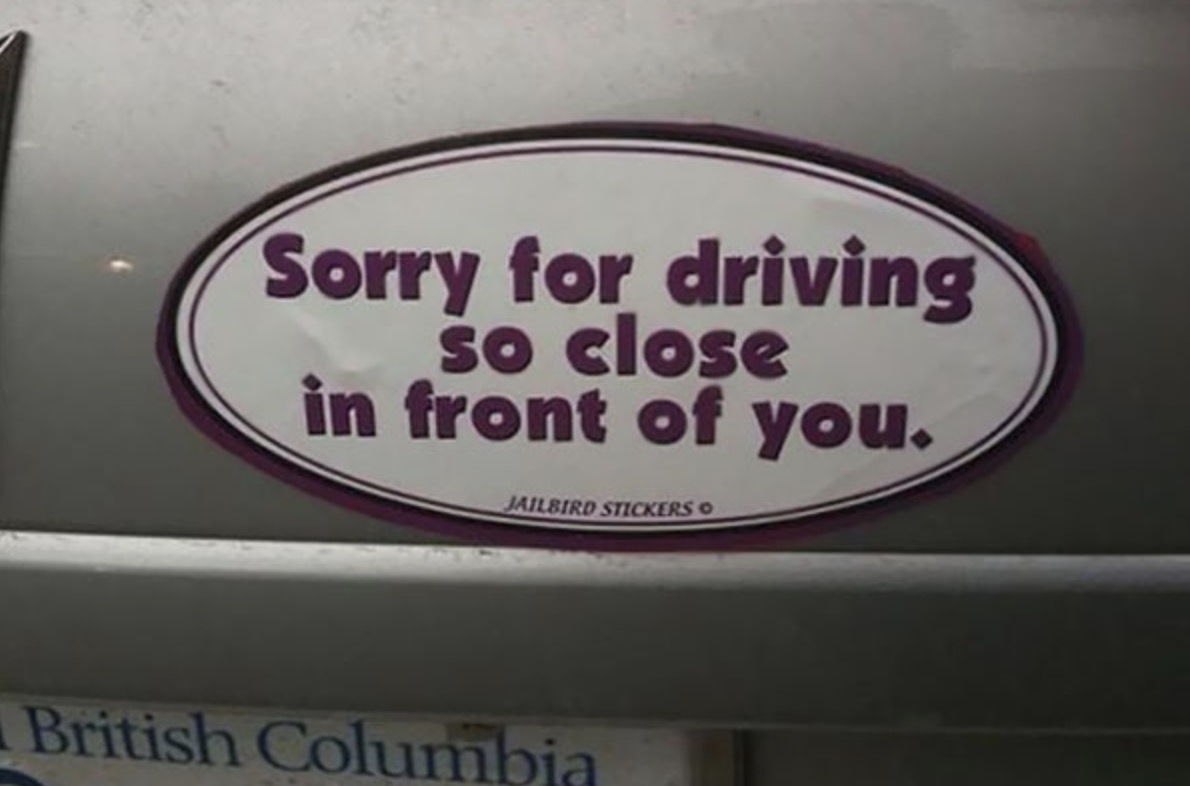 7. Did you hear the one about the driver with dyslexia? They finally got a bumper sticker. 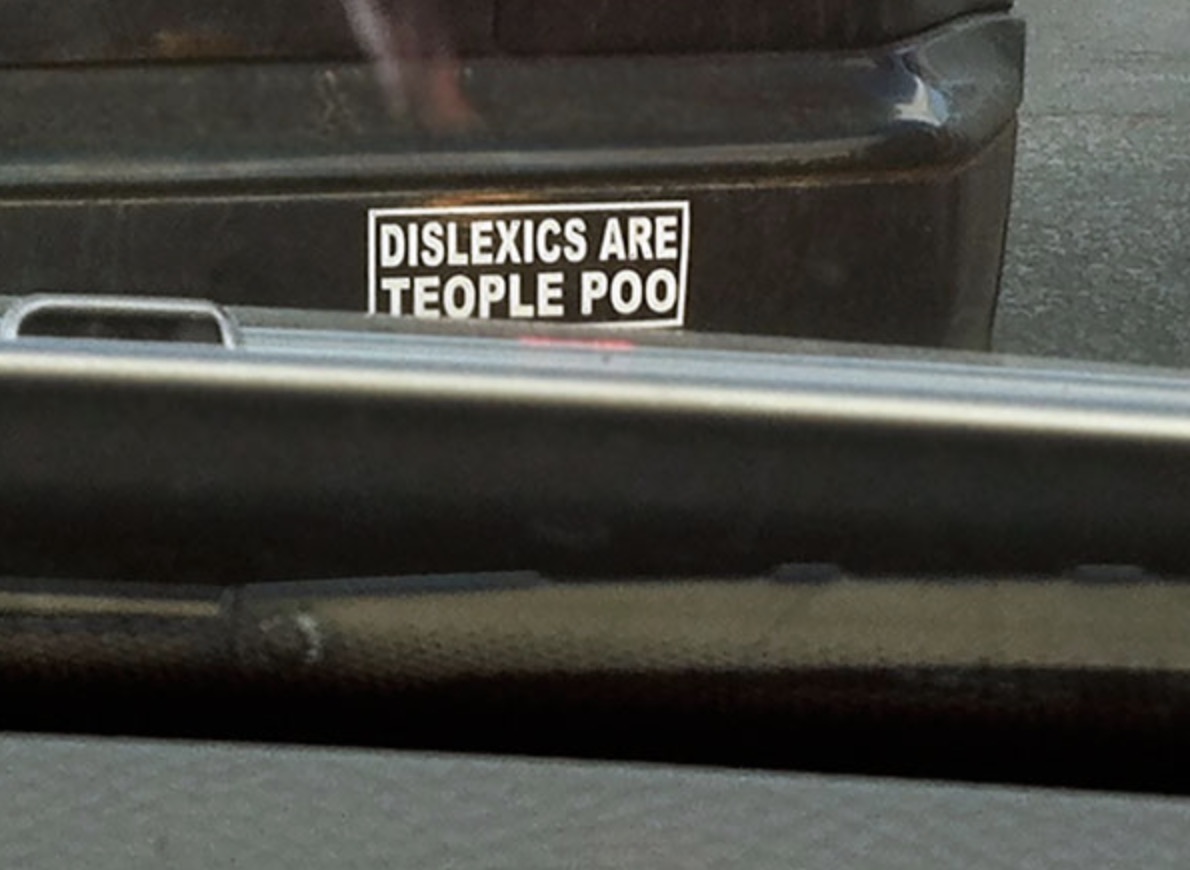 8. Where the rubber meets the road. 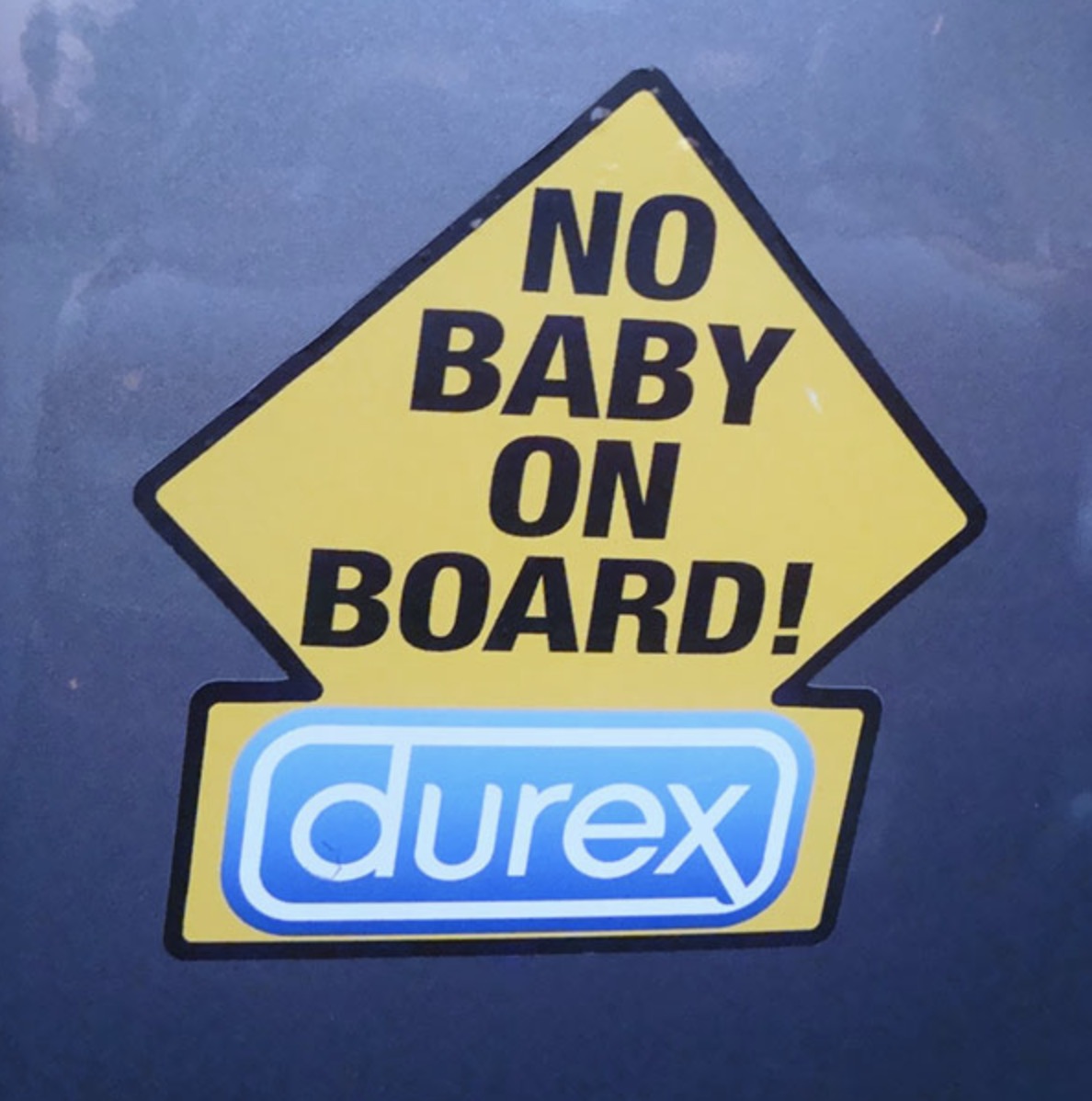 9. Every minivan should come with one of these. 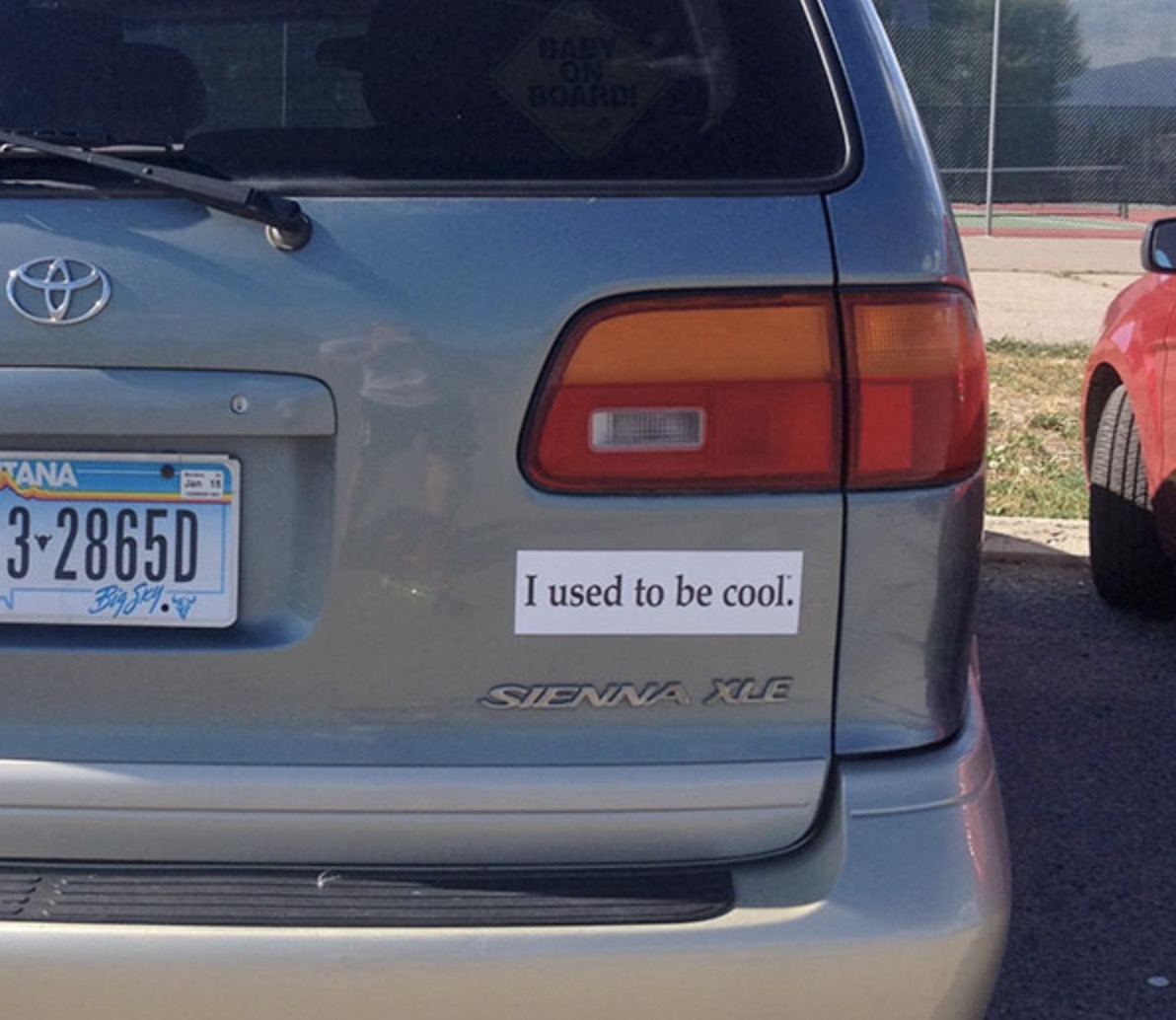 10. When you reach a certain age, you get driving perks. 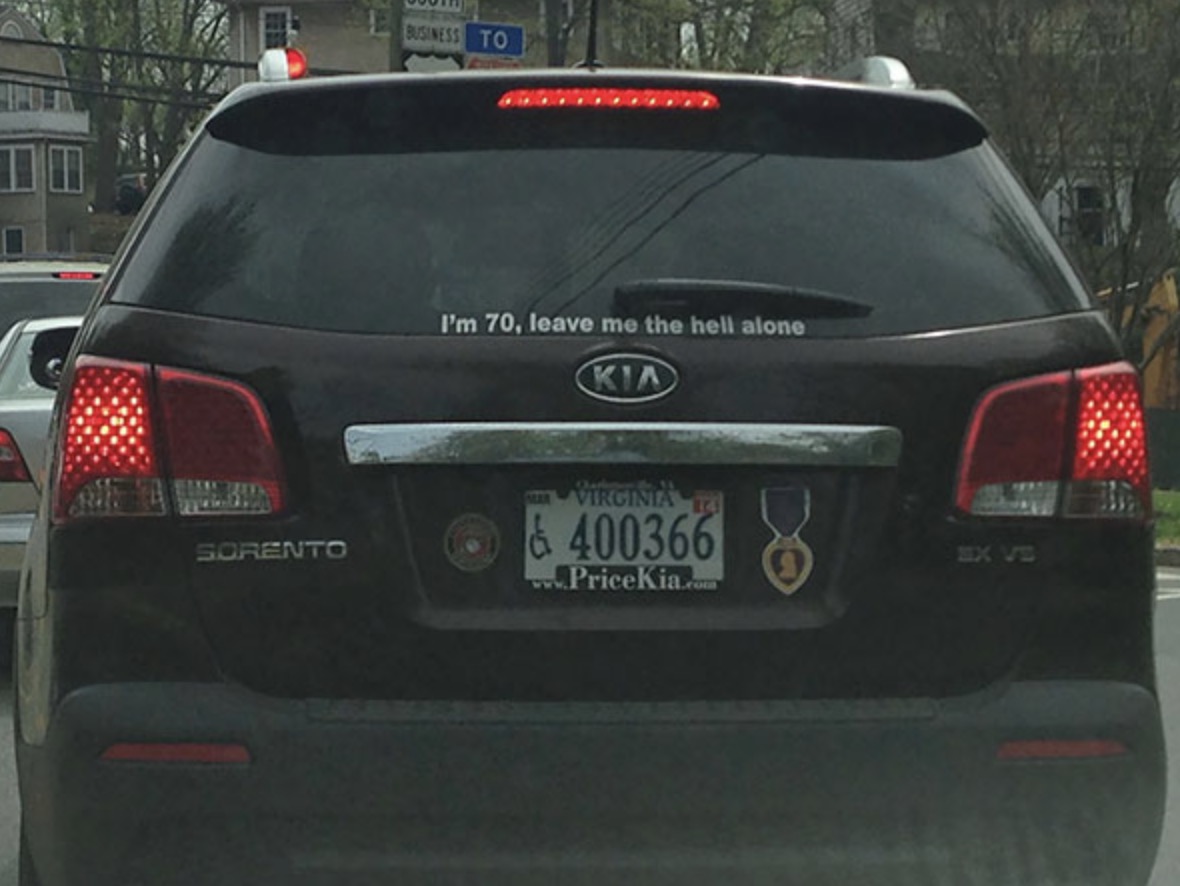 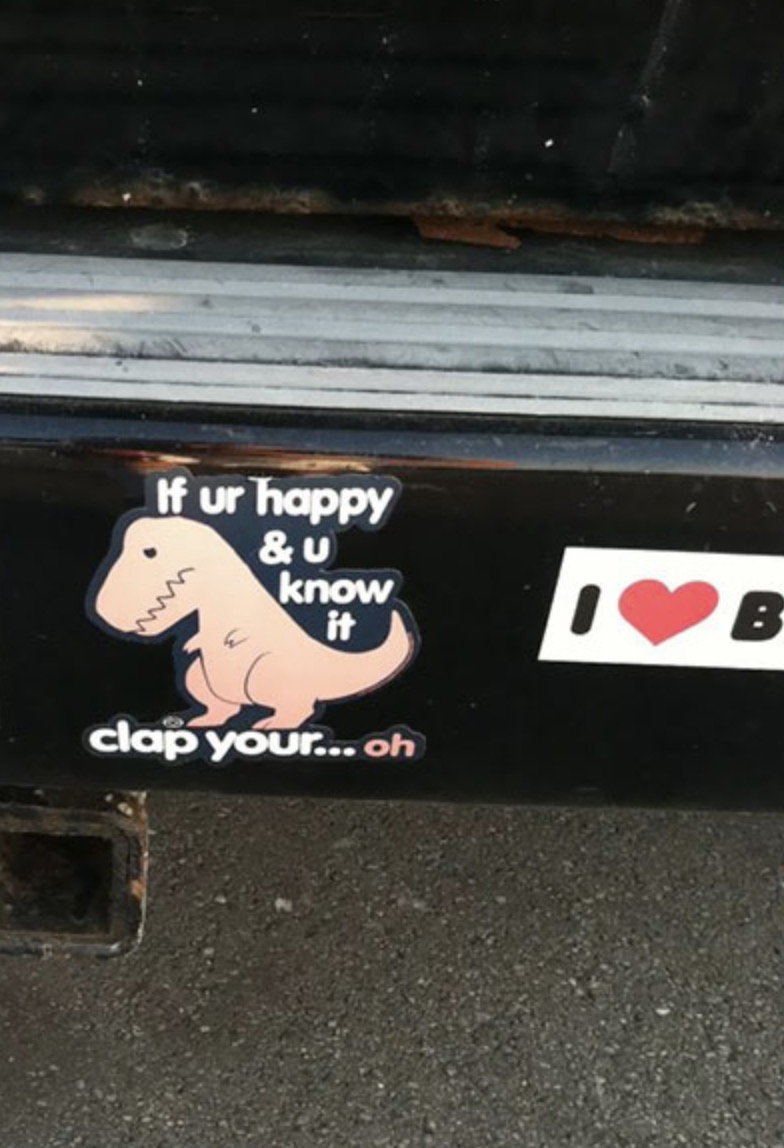 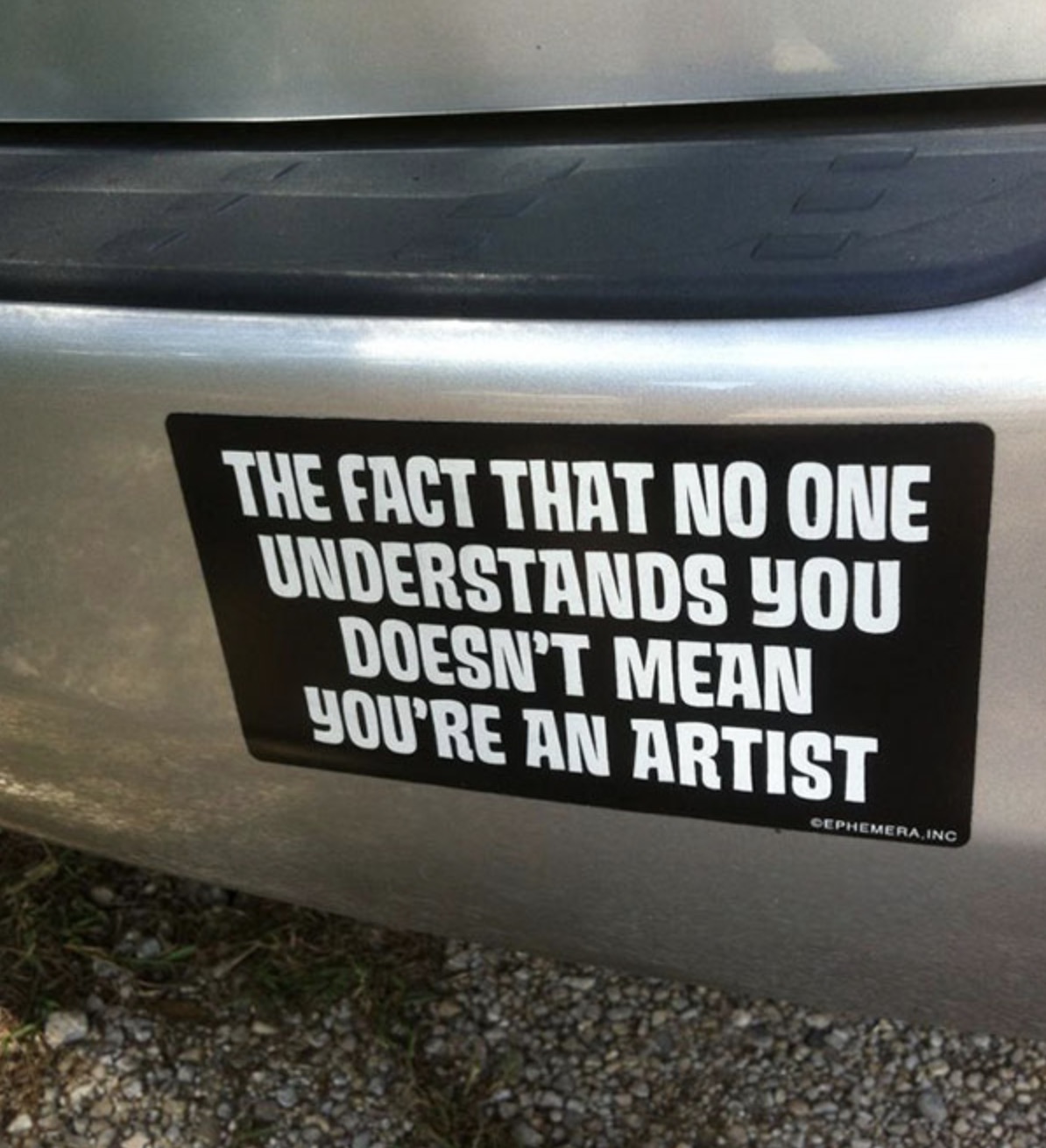 13. Fact: if you make the police officer laugh, they legally can’t give you a ticket. 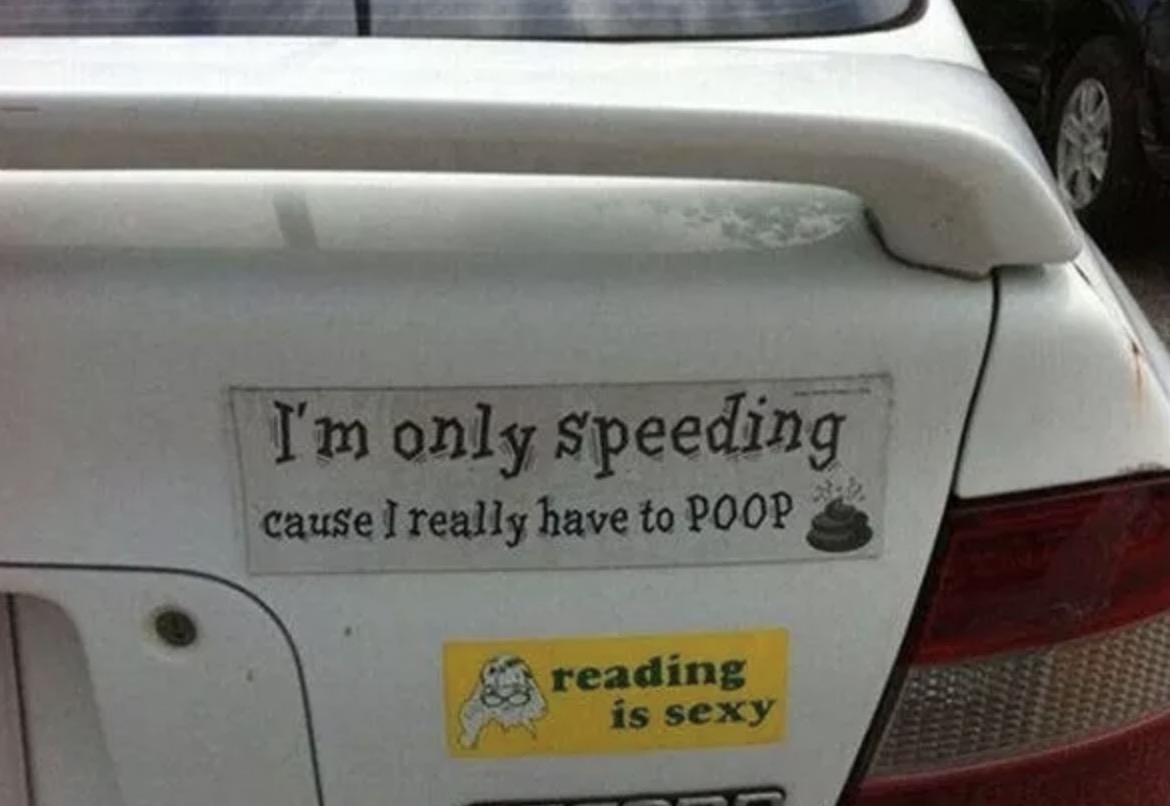 14. Technically he’s still allowed to use the HOV lane. 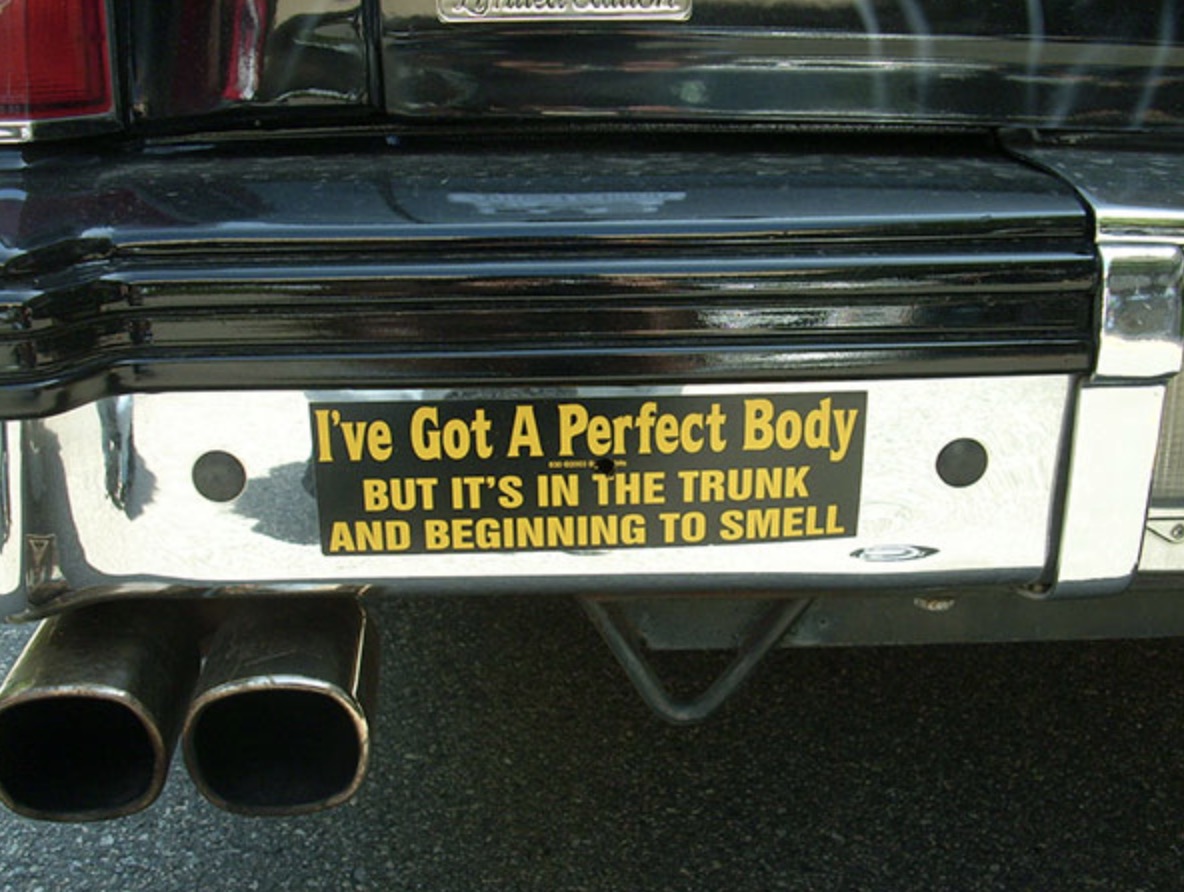 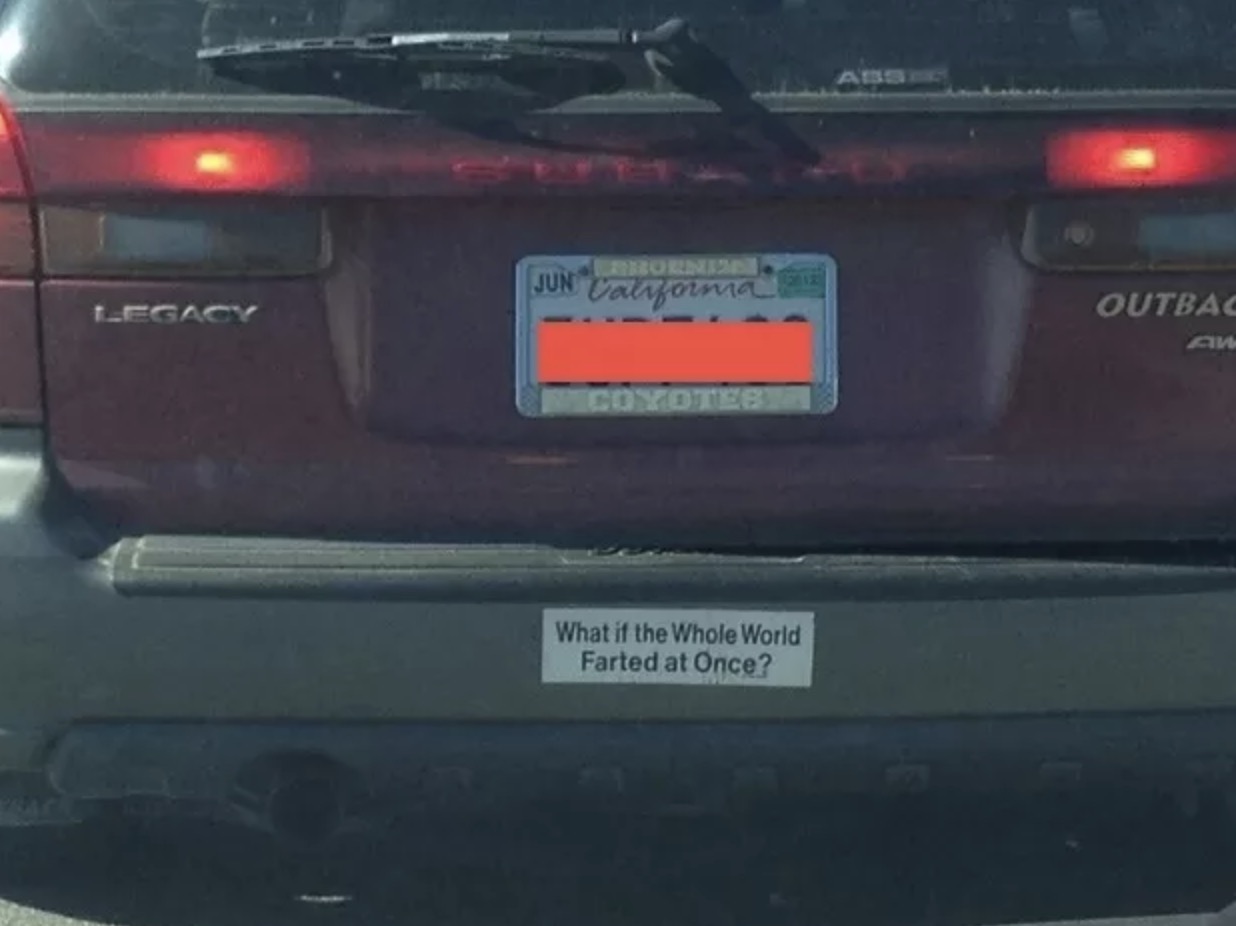