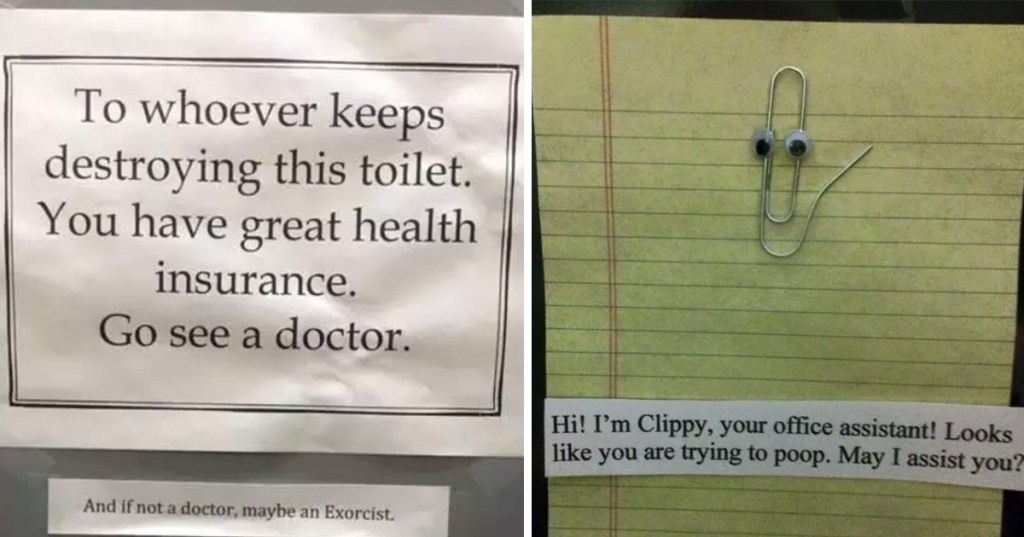 15 Bathroom Notes That Are Way Too Funny

If you’ve used a public restroom, you’ve seen them: those notes hung by building management asking people–or, more accurately, begging them–to clean up after themselves. If you think about it, these signs shouldn’t need to exist. Ideally, everyone who uses a public bathroom would be considerate and clean up after themselves. Unfortunately, most people are monsters who treat a public restroom much worse than their private commode at home.

Given the foulness of your average public bathroom, these signs from management can’t be very effective–after all, if you’re already going to ignore big stuff like the social contract and basic human decency, a paper sign isn’t going to stop you. But even if these signs are useless, some of them are still pretty funny!

Some of the 15 bathroom signs below were posted by management. Others were posted by good citizens trying to make a difference. No, they haven’t gotten anyone to wipe down the toilet seats, but they have gotten a few laughs. And when it comes to public bathrooms, you take any win you can get.

1. Most kids how how to flush. Guess this guy skipped that day in kindergarten. 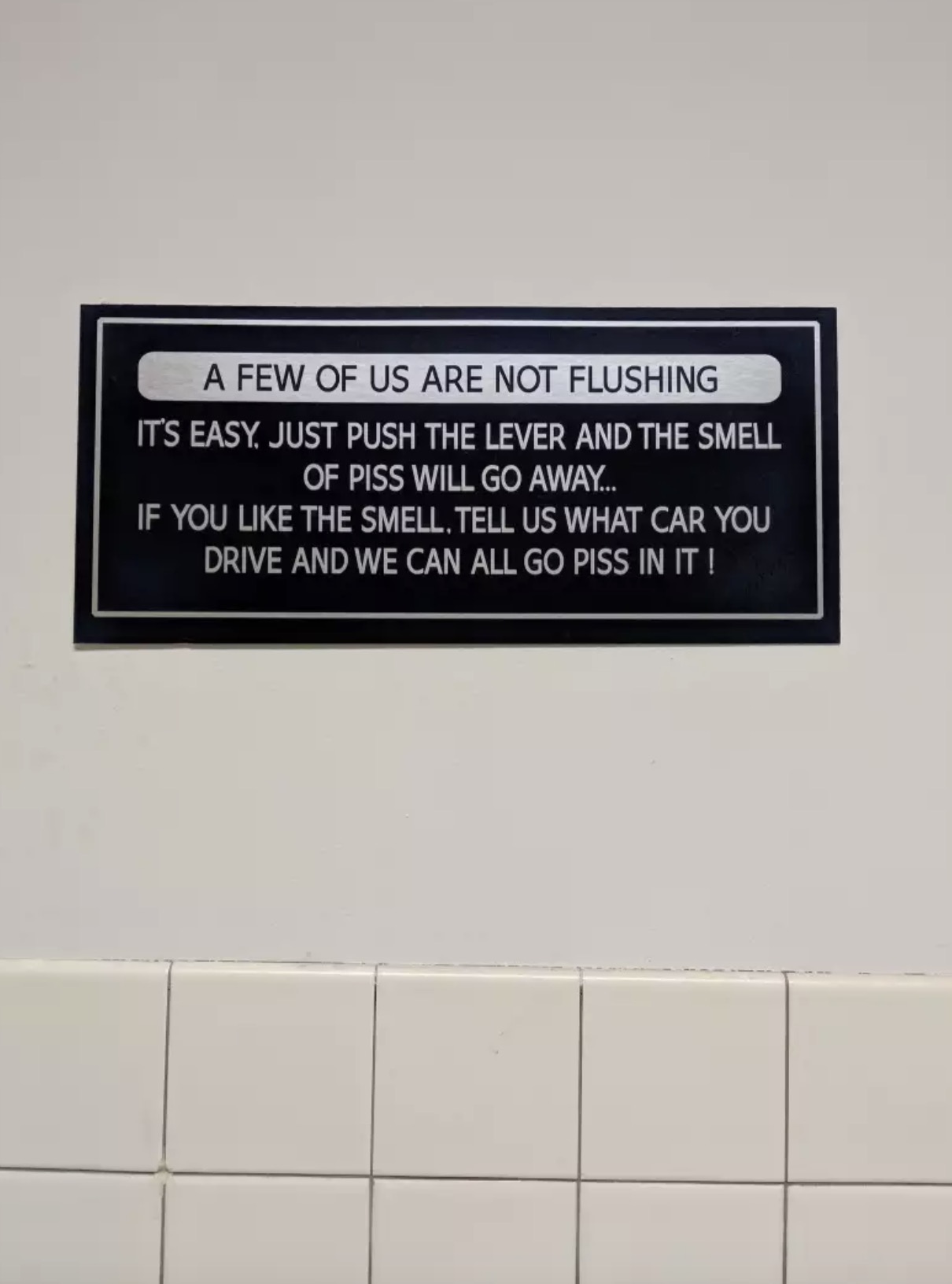 2. Pooping in public should require a license. 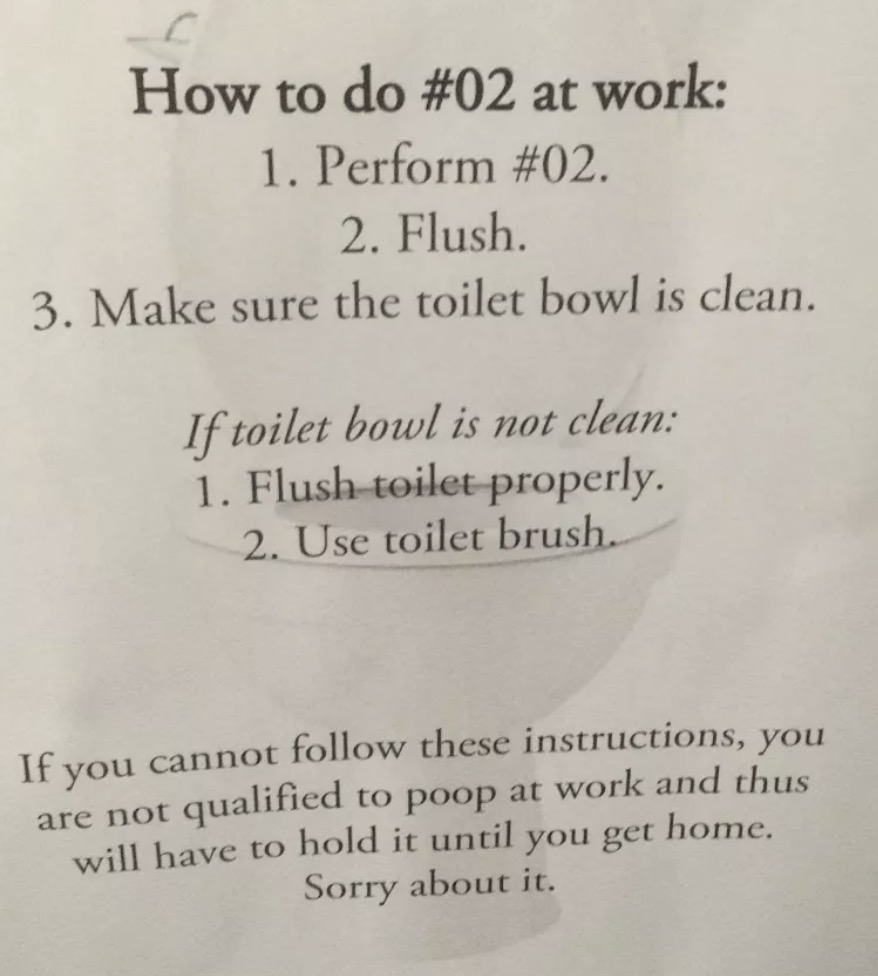 3. If toilet paper could talk, it would judge you so hard. 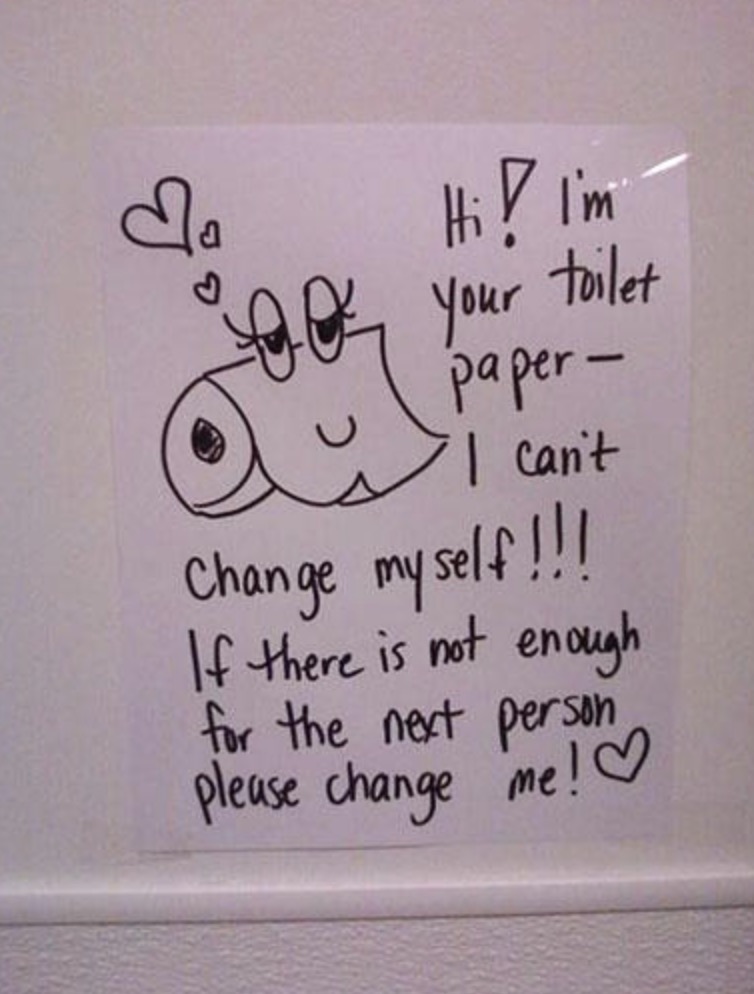 4. If you can’t respect your fellow humans, at least respect the toilet. 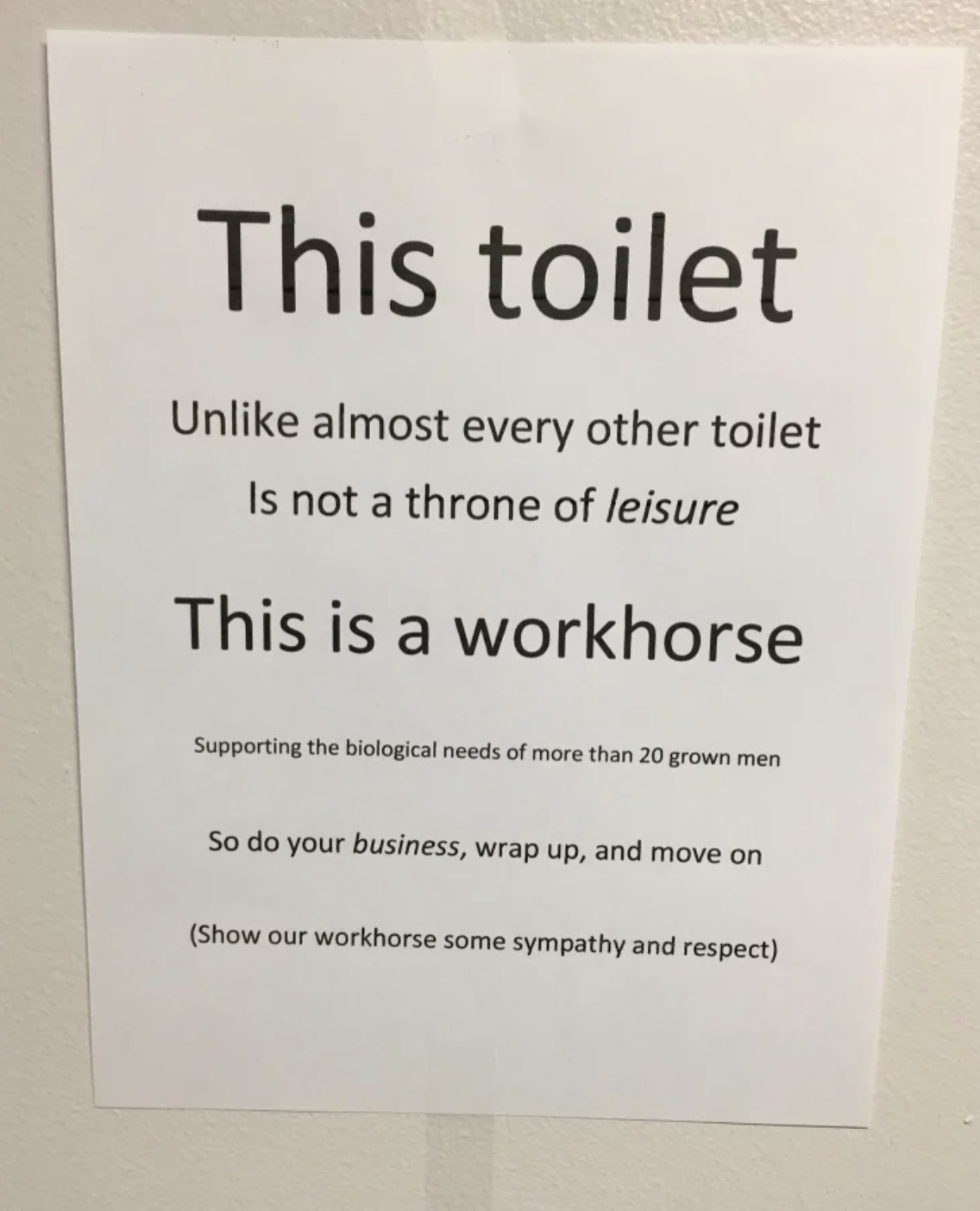 5. Hey, we all have our little bathroom rituals. 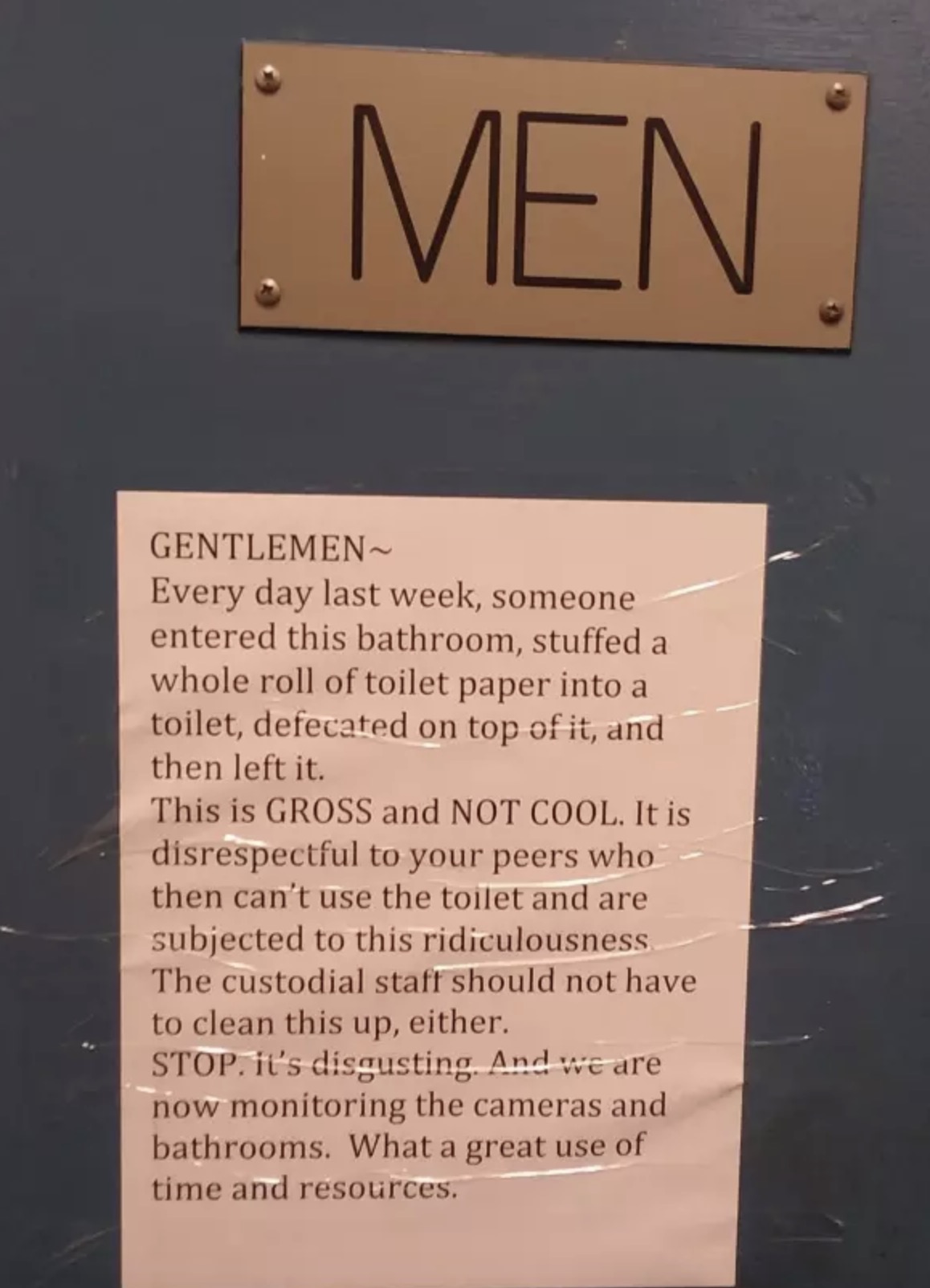 6. Watch out for dunks–and I’m not talking about basketball. 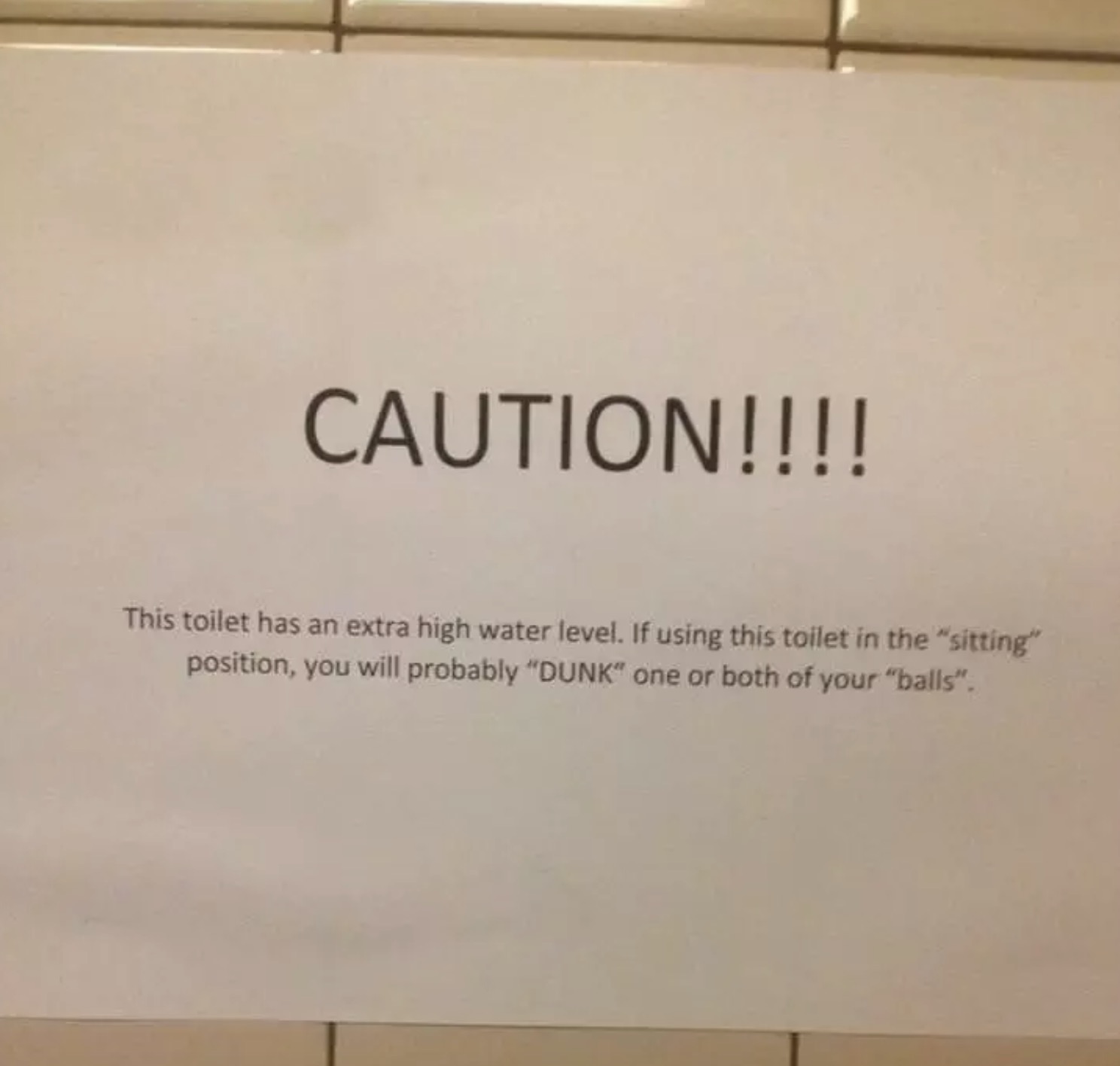 7. The custodian reaches her breaking point. 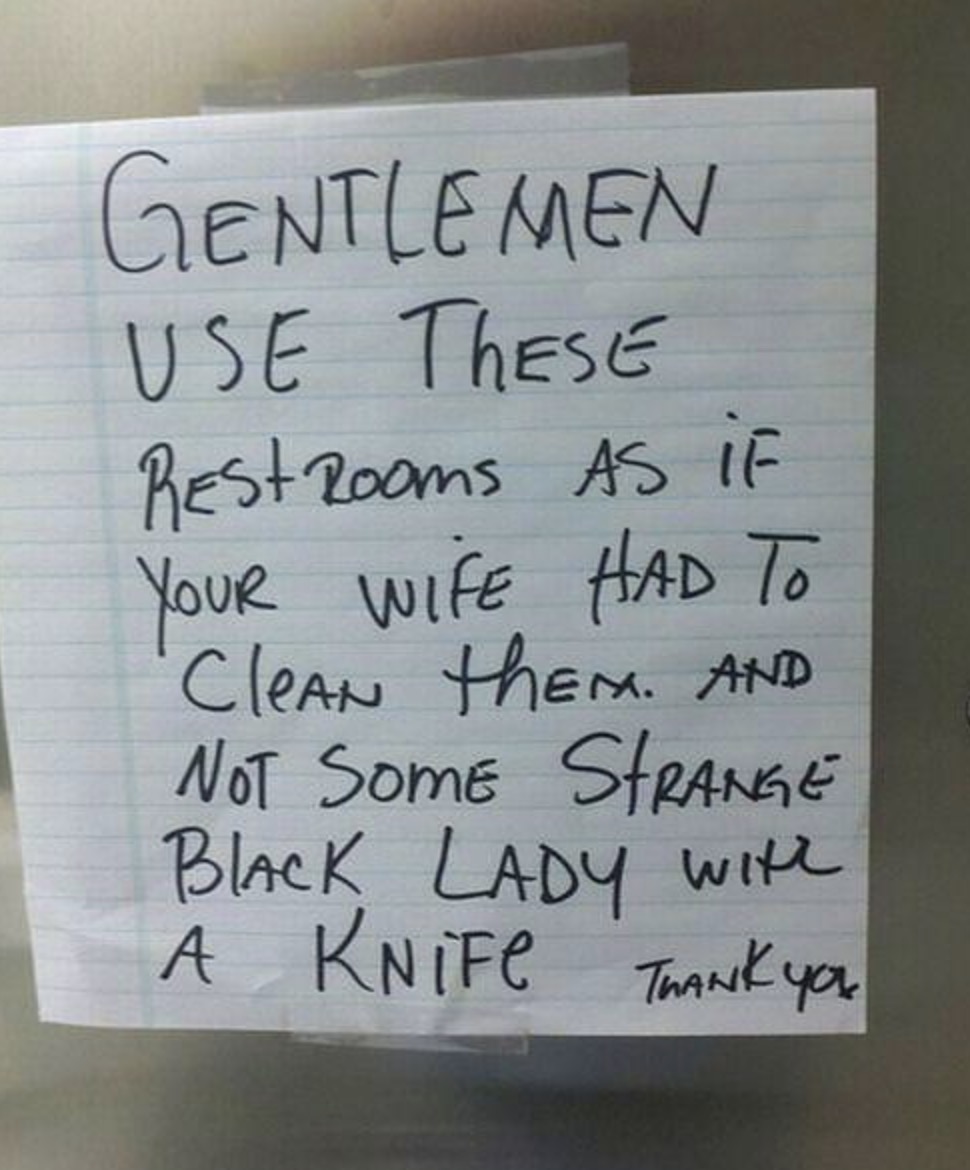 8. It’s not just the toilets that get messy. It’s everywhere. Even the walls. 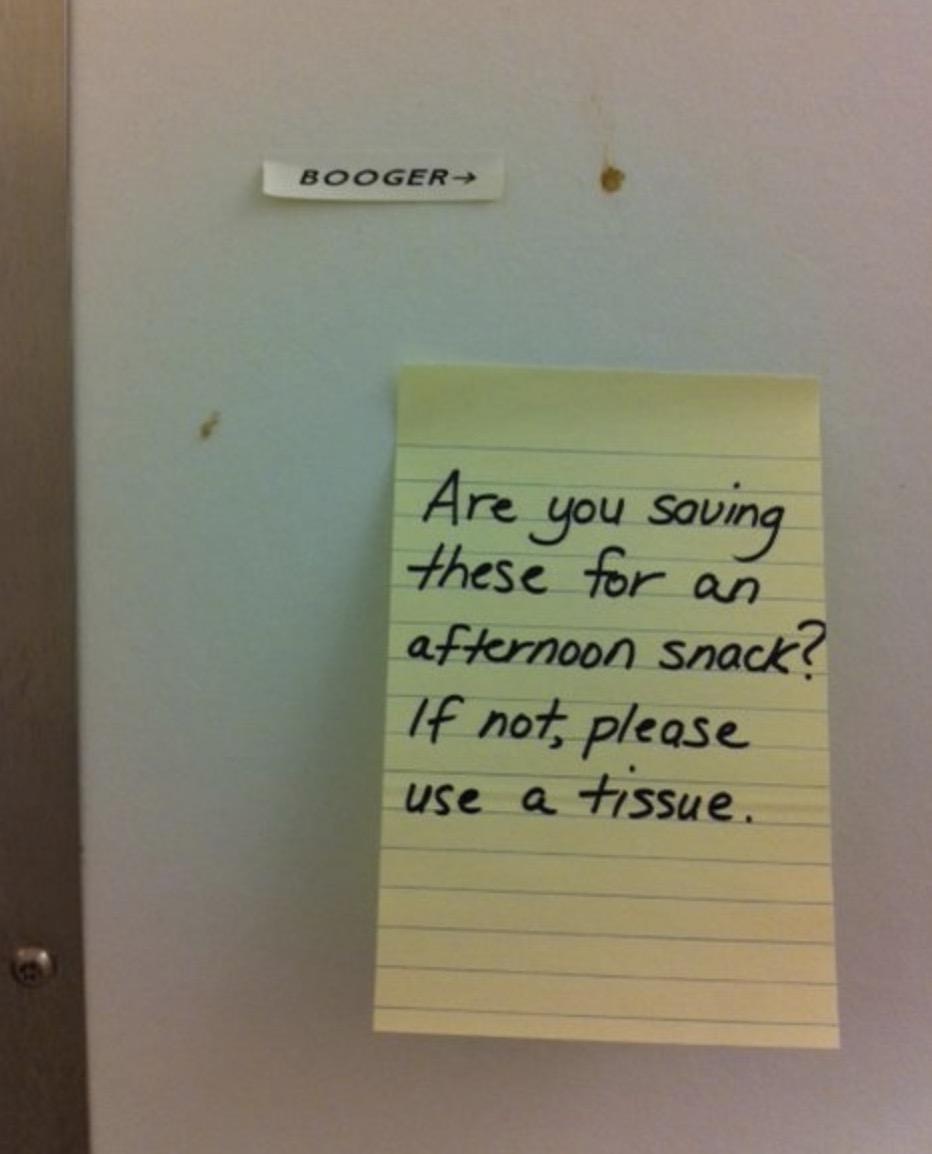 9. But not all bathroom notes have to be harsh. Some offer helpful advice! 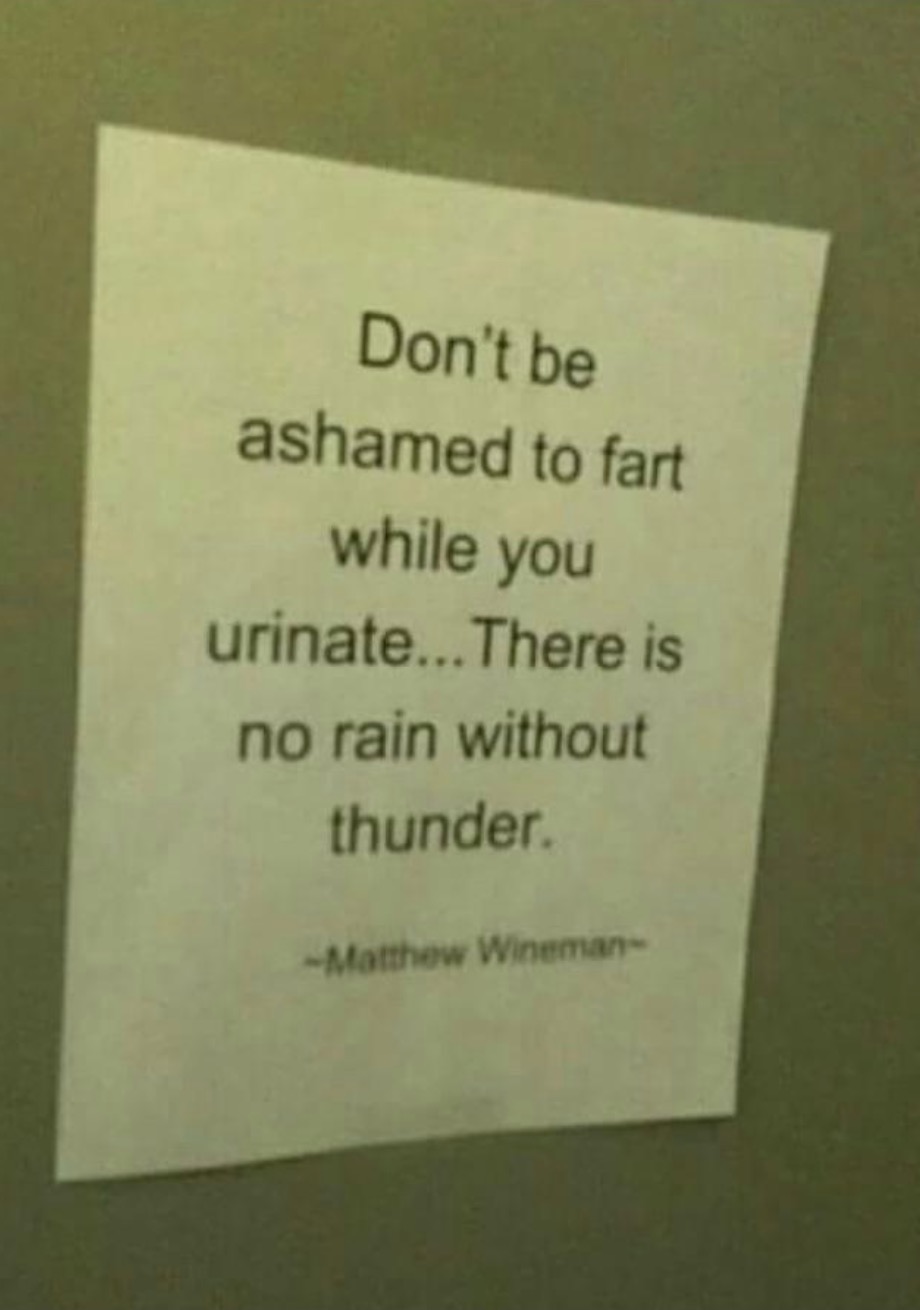 11. This is a perfectly acceptable reason to quit your job. 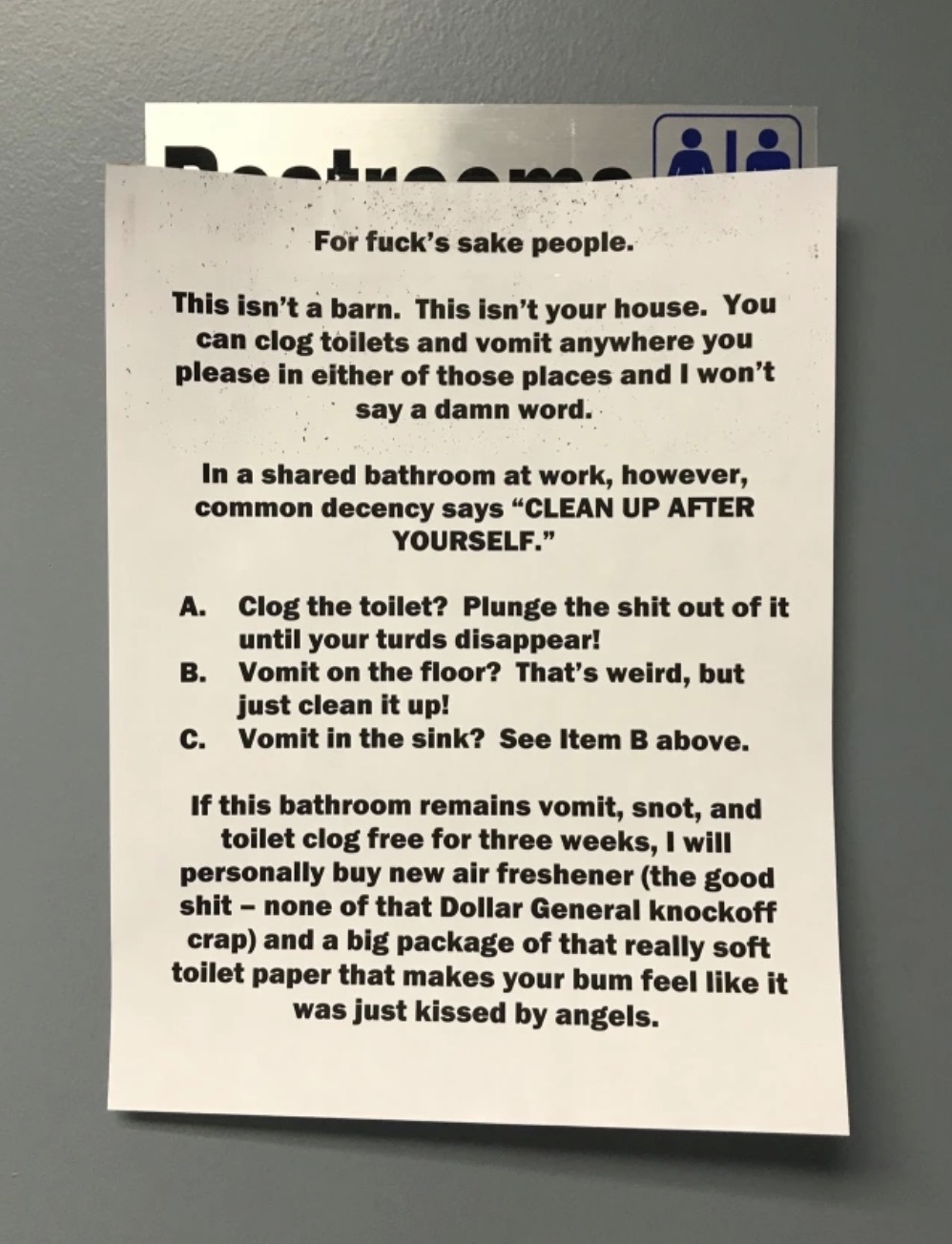 12. Patience is for suckers. 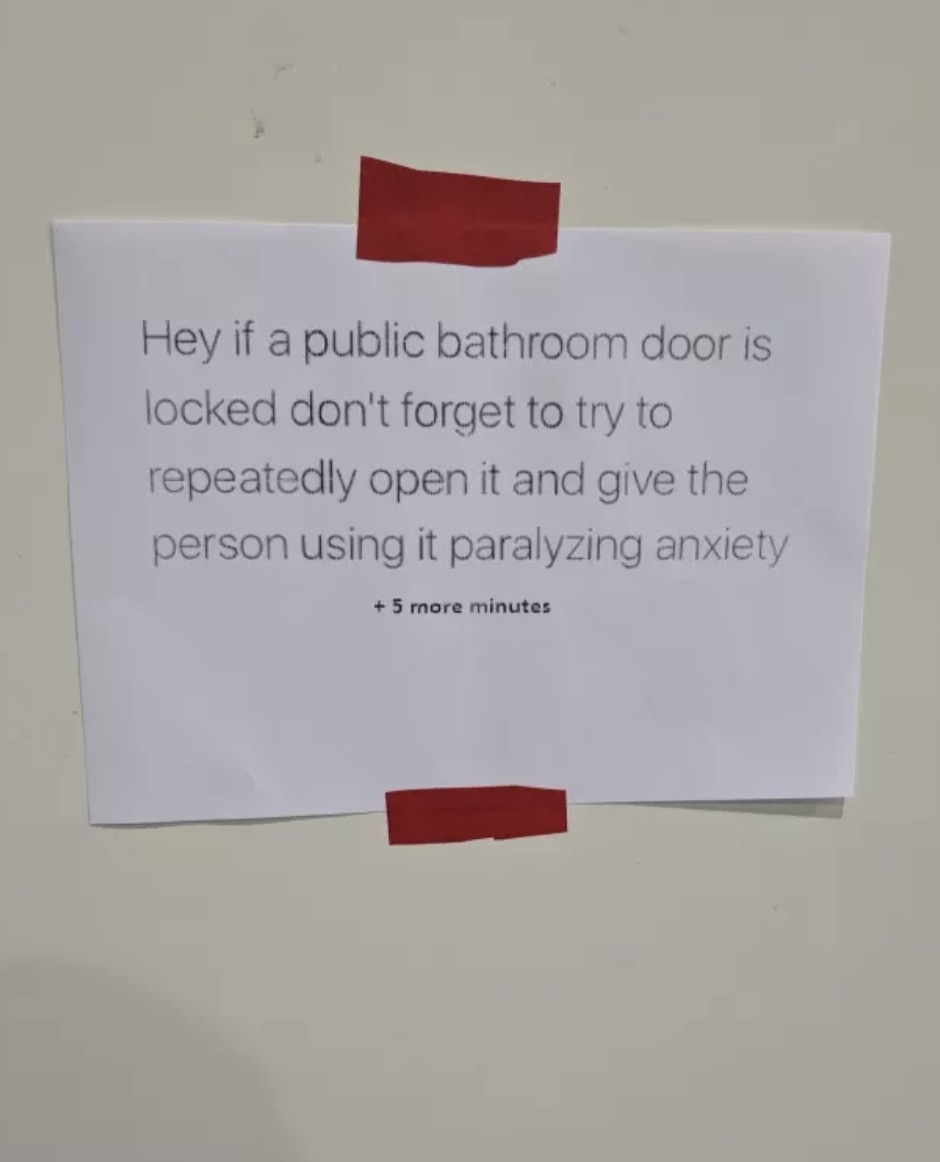 13. Apparently a toilet is more complicated than a space shuttle. 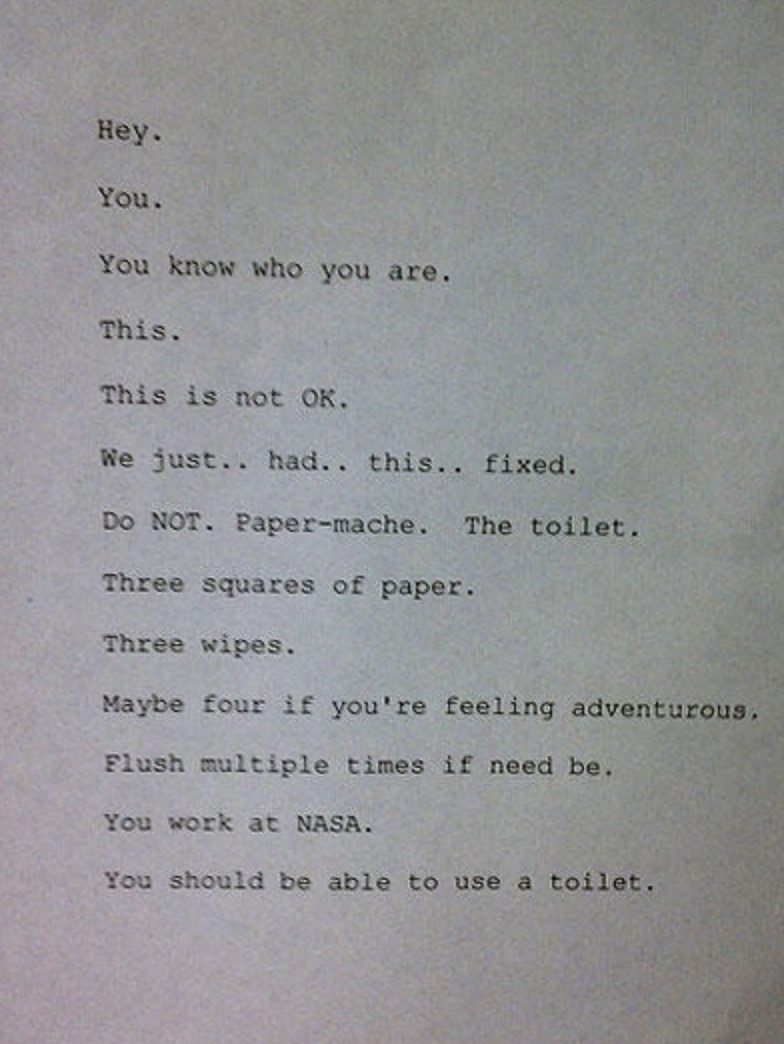 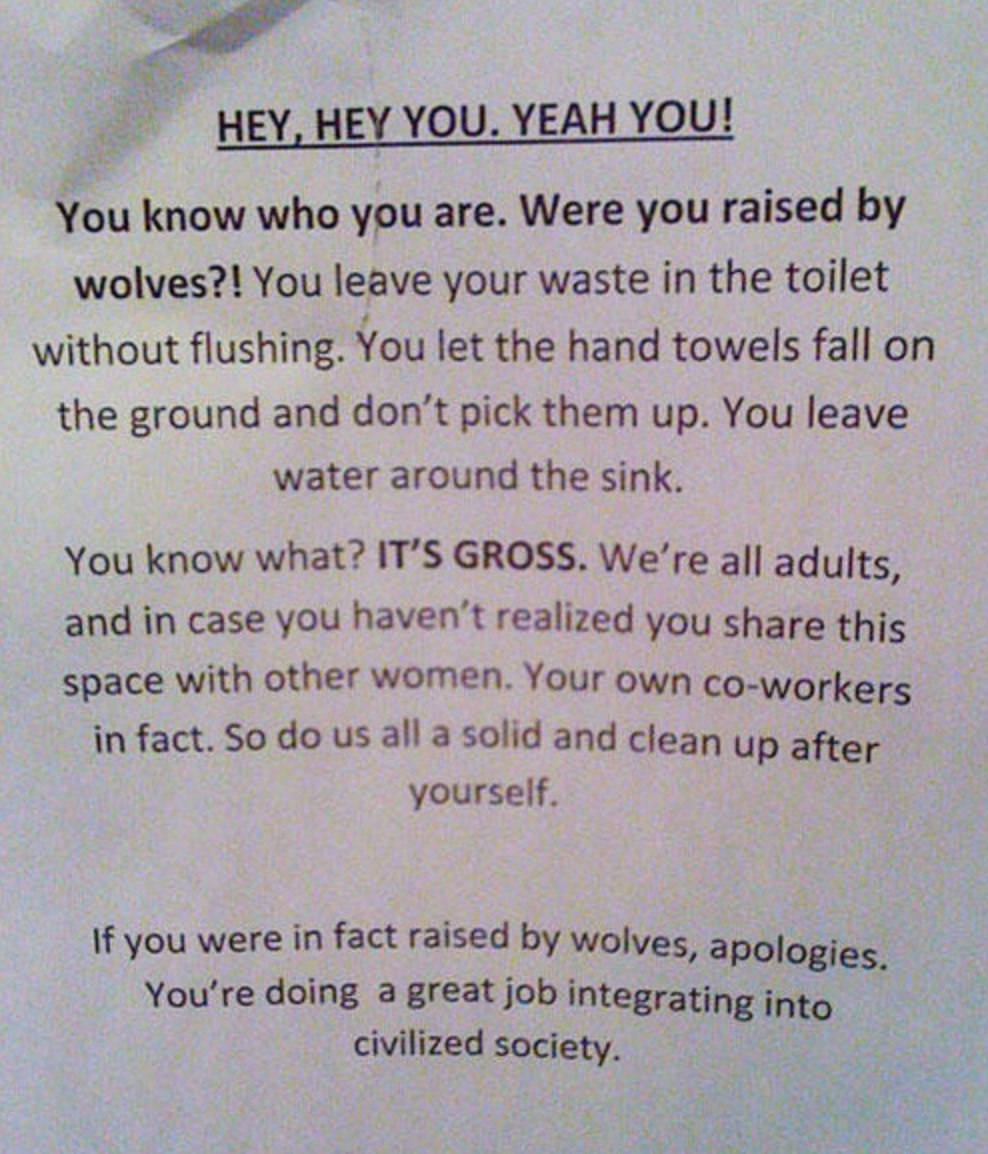 15. You know what they say: if there’s a sign about it, someone actually did it. 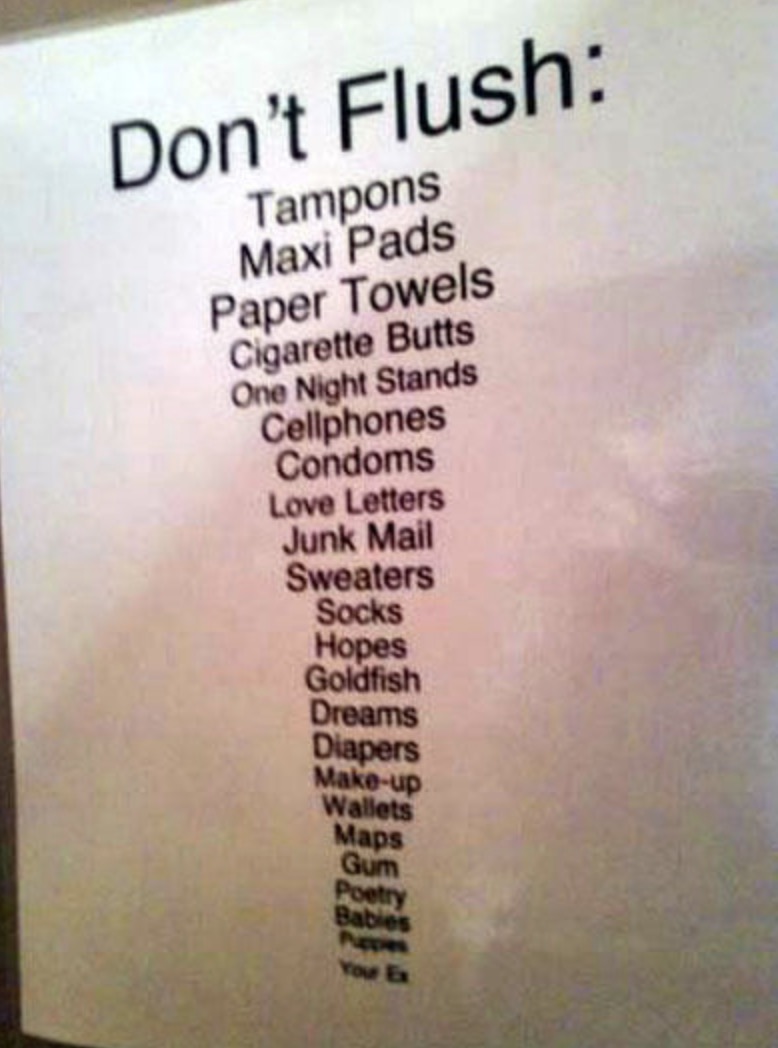