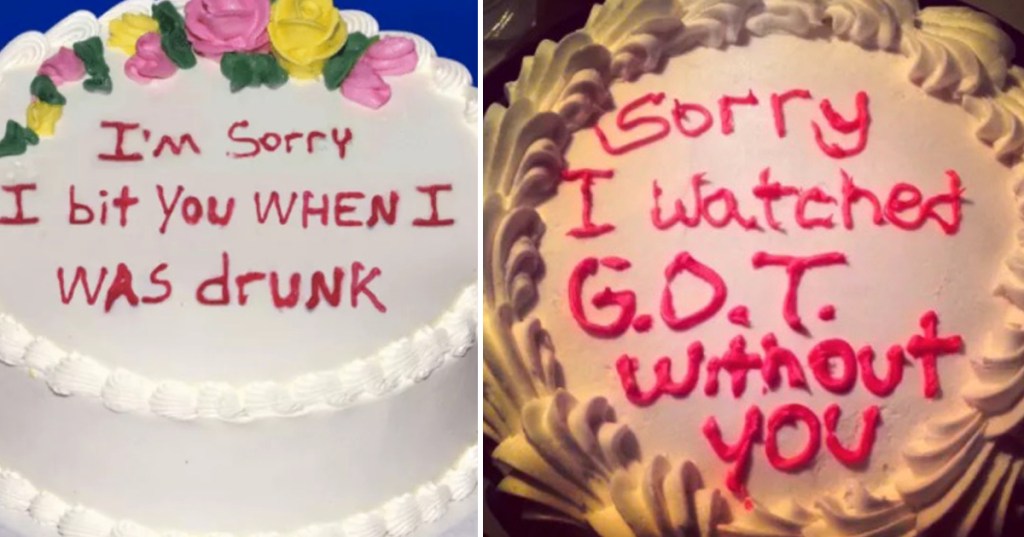 15 Apology Cakes For The Next Time You Screw Up

So let’s say you screwed up. Not a minor screwup, like if you bought your girlfriend some Coke Zero when really she wanted some Tab. No, you made A HUGE screw up, like if you accidentally destroyed the entire world’s Tab supply, and your girlfriend will have no Tab ever again. An apology just isn’t going to cut it. So, what do you do?

You can be like a lot of people and bake an “apology cake”–aka a cake with your apology right on it, in icing form. Nobody can stay mad at you after you’ve just given them a cake. So the thinking goes, anyway.

Here are some of the best apology cakes we could find, made by people whose baking skills are almost as impressive as their ability to screw up royally. 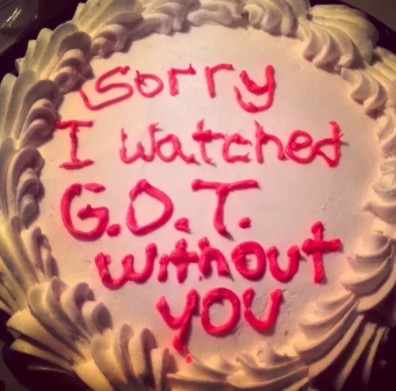 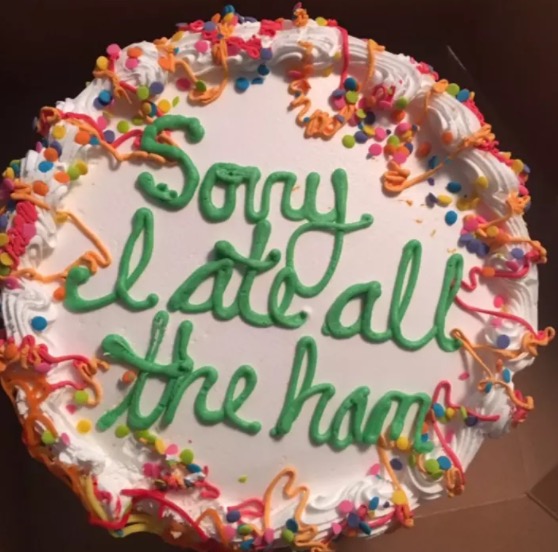 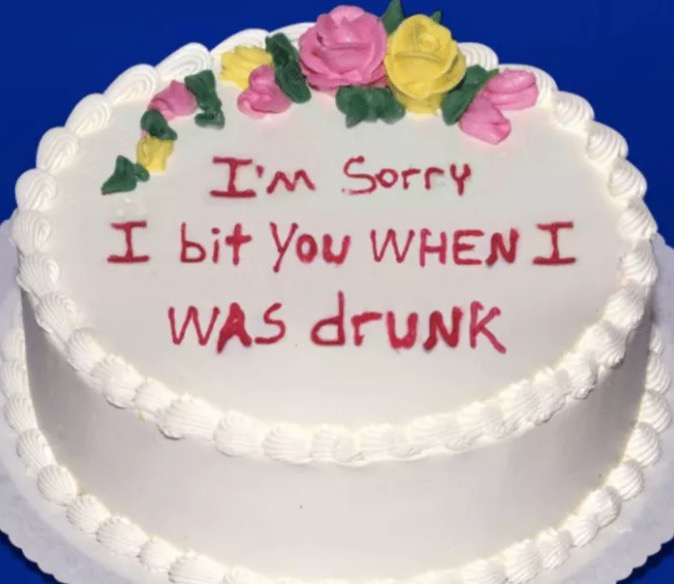 4. It was the last time anyone in the fraternity tried to light a fart. 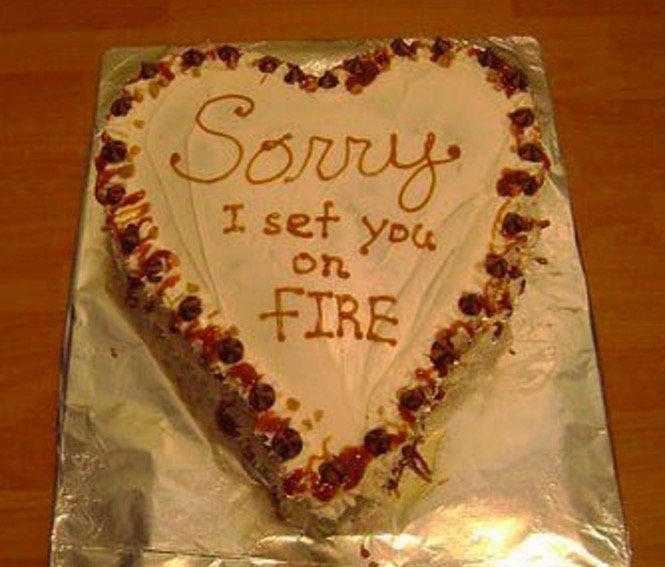 5. This cake was baked by Hamlet. 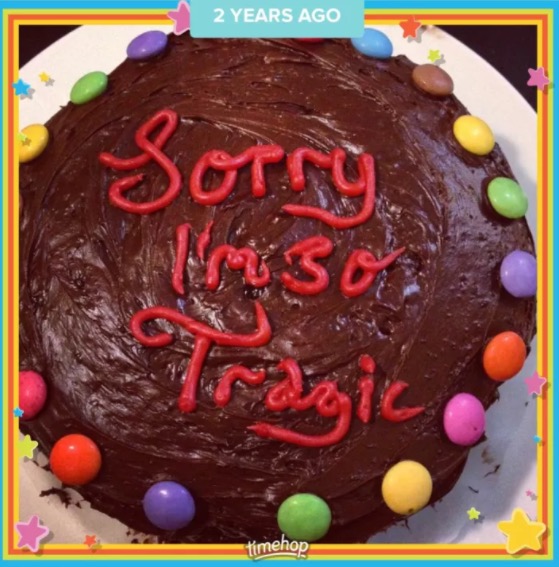 6. Who you think baked this, and who was it baked for. (My guess: grandparents/grandchild) 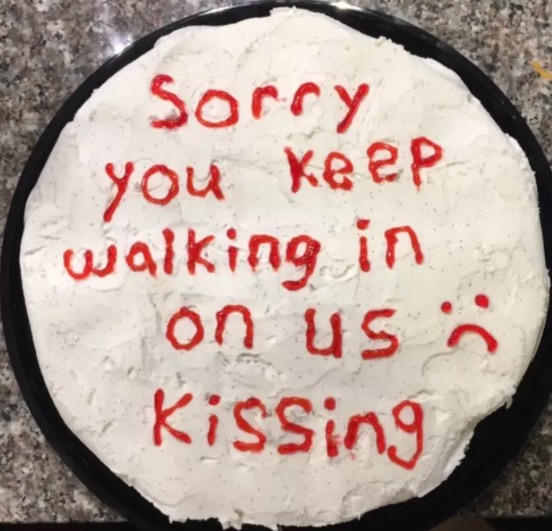 7. I could’ve bake one or two of these in my lifetime… 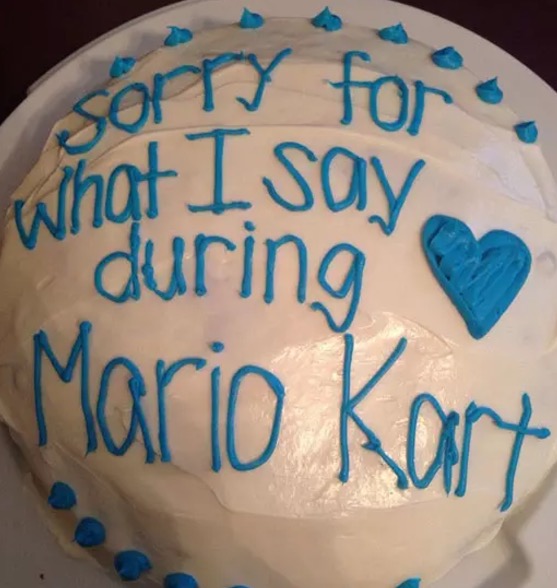 8. This was baked after a game of Twister gone horribly wrong. 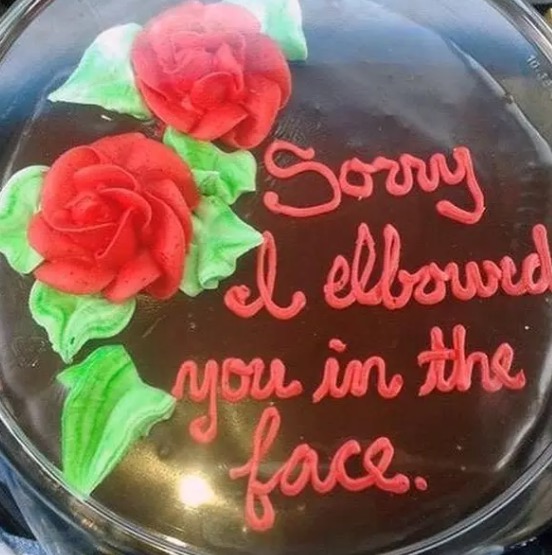 9. This was ALSO baked after a game of Twister gone horribly wrong. 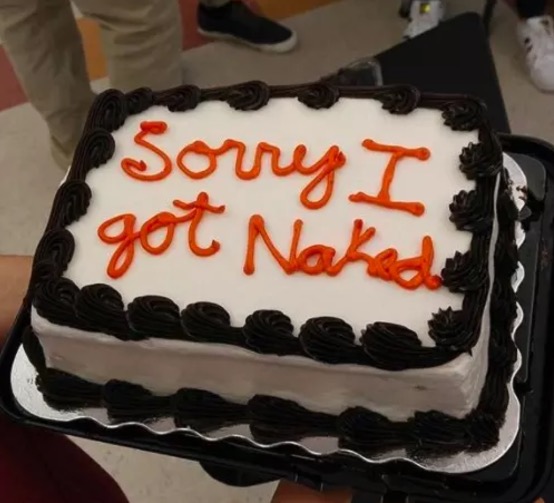 10. “Hey, roomie, can you stand on this chalk pentagram real quick?” 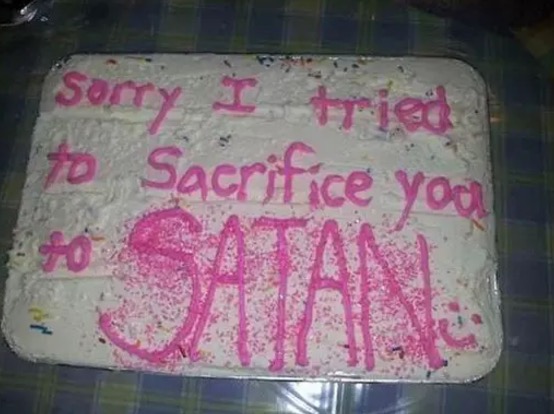 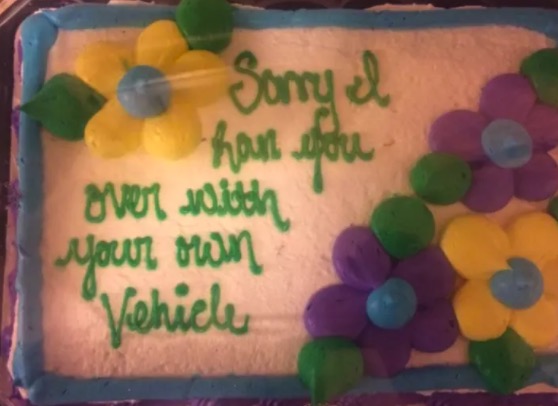 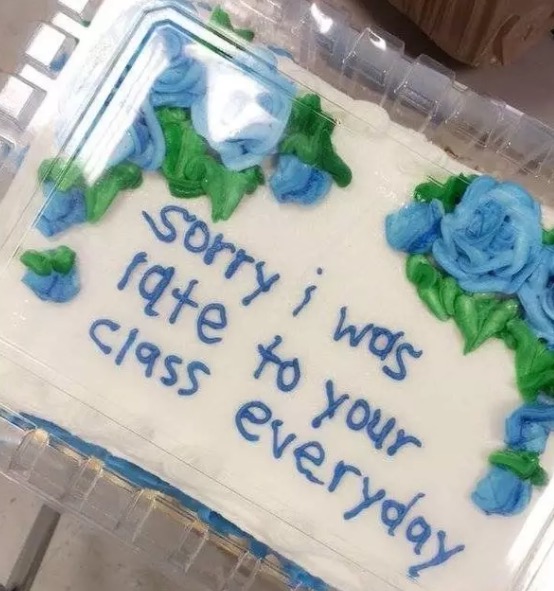 13. Pro tip: don’t try to squeeze all your apologies onto one cake. 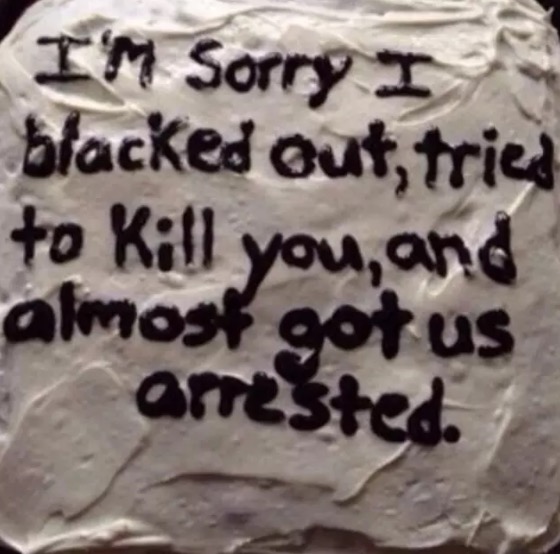 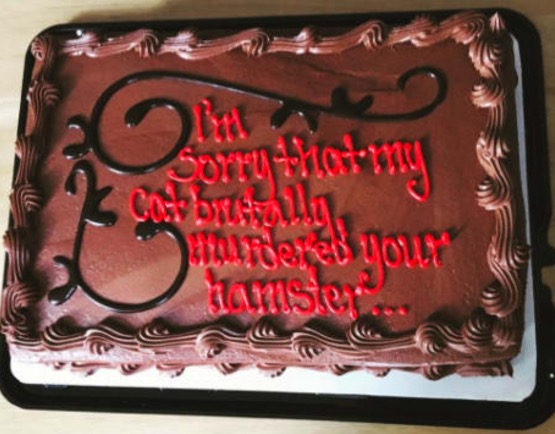 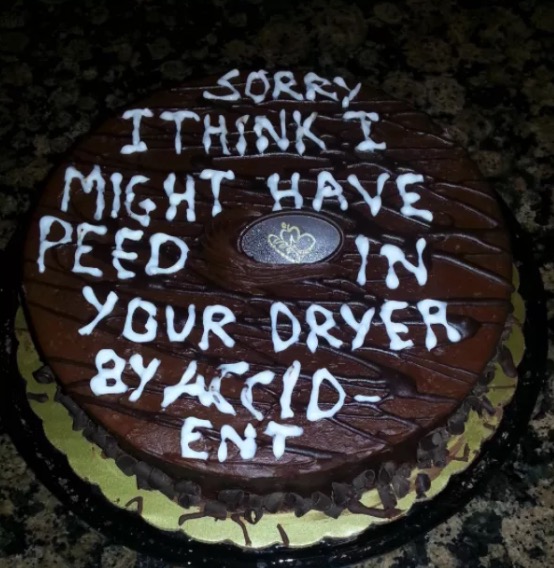