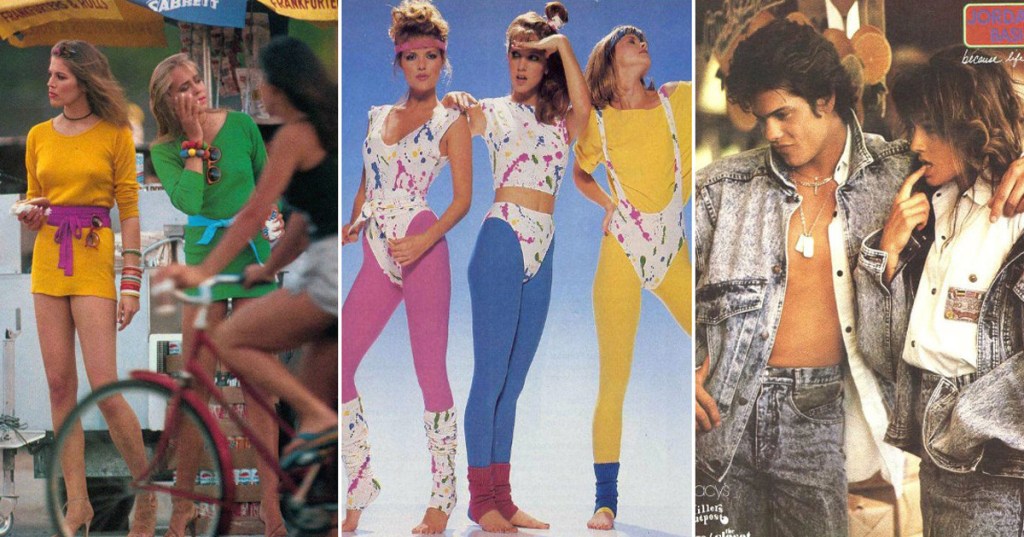 There’s something about fashion trends that makes me suspicious. I’m pretty sure these things become popular solely because a “cool” celebrity wore it–and definitely NOT because of the inherent value of the clothes themselves. Because how else can you explain why people dressed the way people dressed in the 80’s?

People of the 1980’s, it’s time to face your crimes against fashion! And “We were just following Rob Lowe!” is no excuse! 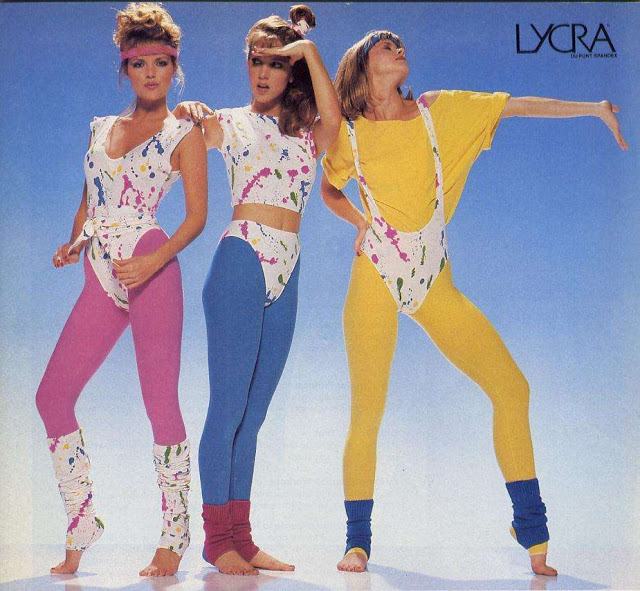 Spandex should only be worn by superheroes. The rest of us look like brightly colored sausage. 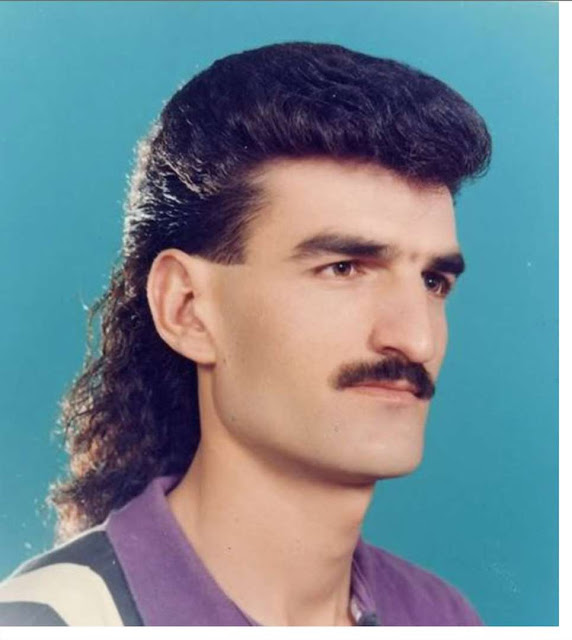 The thing about mullets is, they severely restrict your life choices. If you have a mullet, there are really only two careers available to you: hockey player or fireworks salesman.

I’m just saying, there’s a reason you don’t see too many mullets on surgeons. 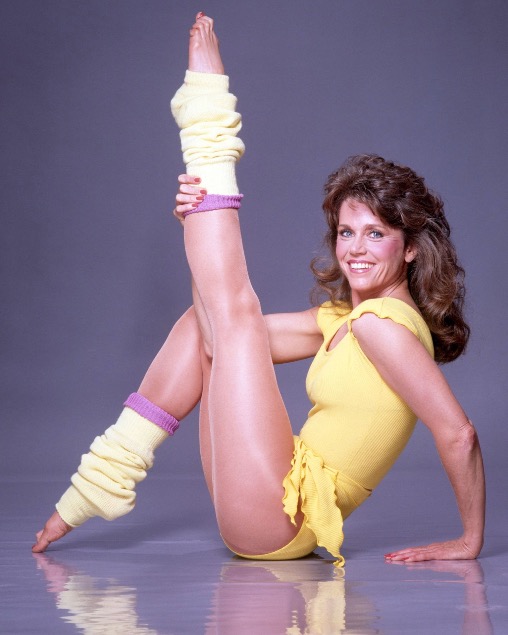 I had to actually look up why people started wearing leg warmers, (No, I didn’t just go on Wikipedia! You can’t prove anything!), and they started with dancers and ballerinas who needed to keep their legs from cramping. And then everyone started wearing them, for fun.

Which, if you think about it, is how a lot of fashion trends start, by athletes wearing them first. Sweatbands, Jordans, baseball caps. Why haven’t horse jockeys gotten a turn? Someone should start that trend! 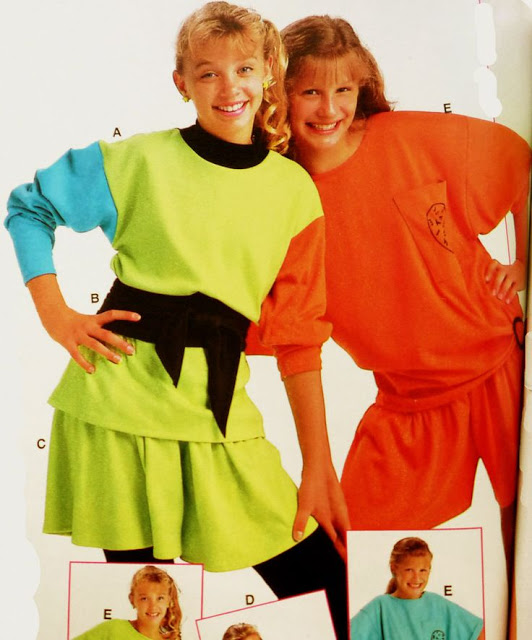 Neon clothes seem like they came about because someone dared someone else to invent clothing that clashes with every possible skin tone in the world. At least you’re always visible at night? 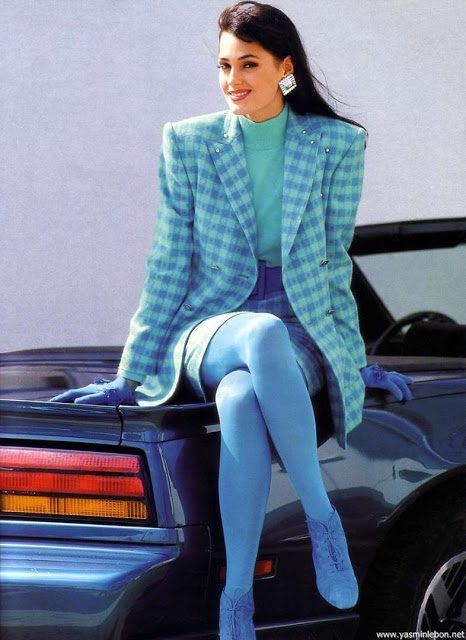 Shoulder pads were a form of “power dressing,” where you would put them on to feel more powerful. The other 80’s fad that accomplished this? Cocaine. 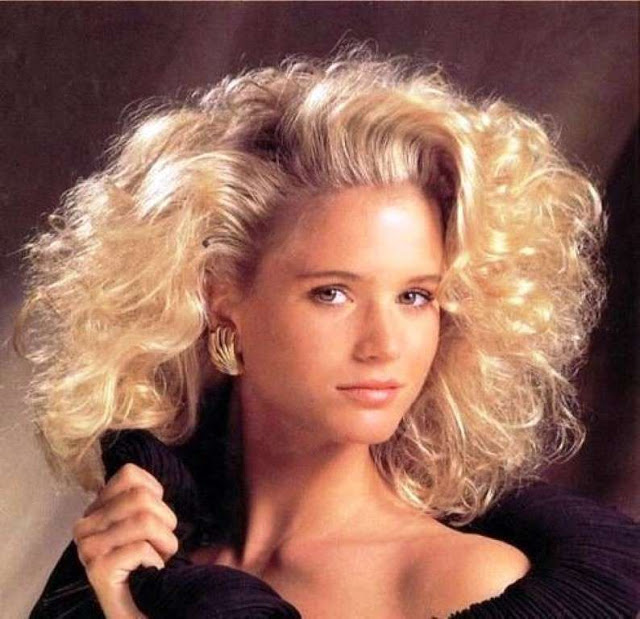 As someone who’s spent about approximately 15 minutes total in my life on hair styling, I just can’t fathom doing this. This was a look for women AND men, so if  I had been around in the 80’s, I would have become a desert hermit. 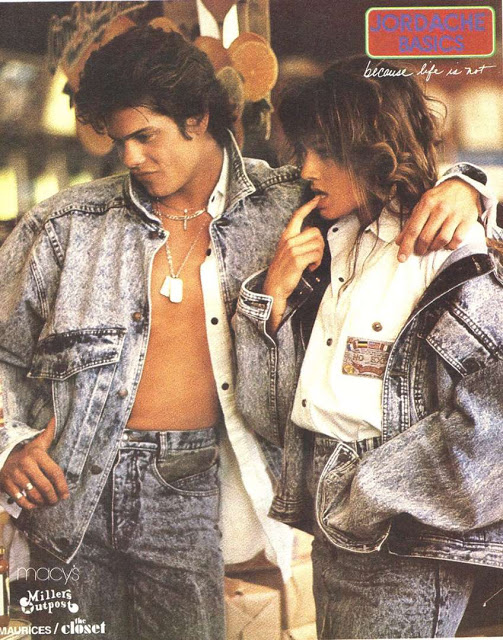 These are often lumped in with pre-torn jeans, because acid-washed jeans just look like you accidentally did the laundry with bleach instead of fabric softener. And you might think this sort of thing is dead, but no. 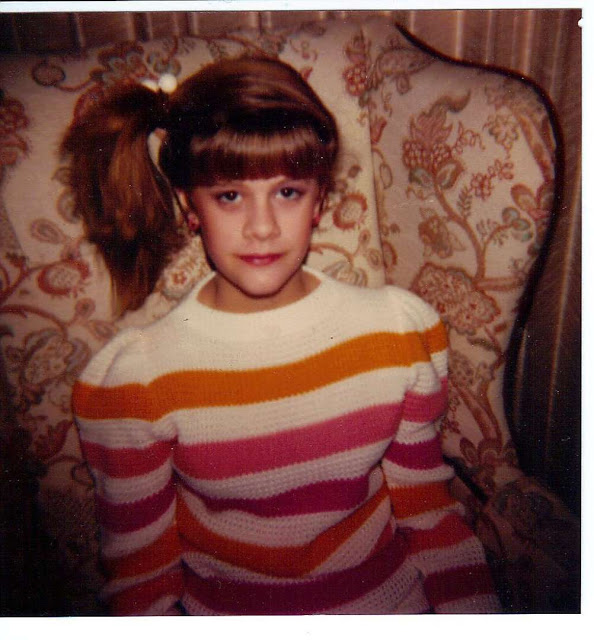 I had a babysitter who wore her hair like this, and I got her fired. And I don’t regret it, either. 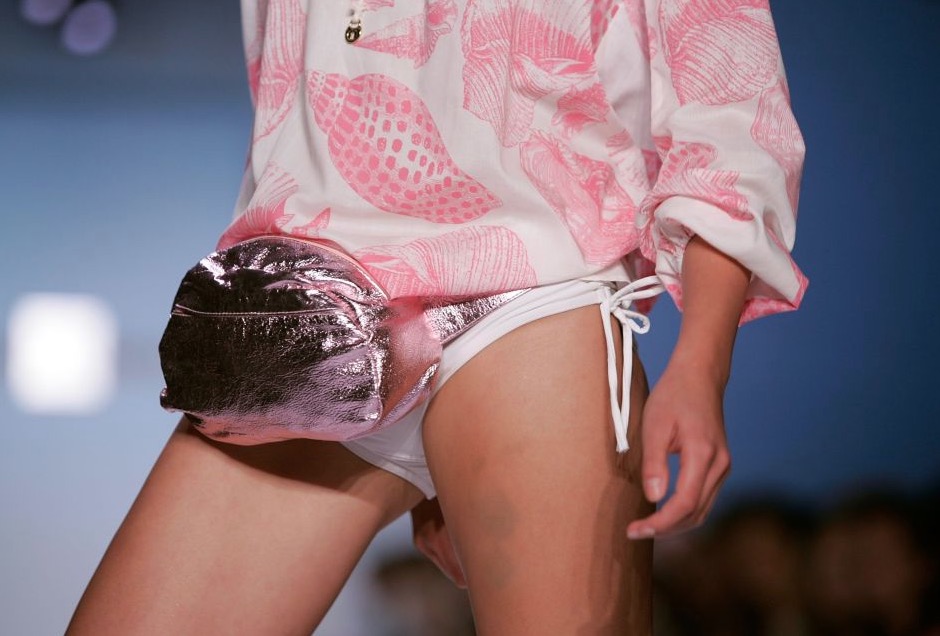 Look, maybe you think fanny packs are dorky. Or, maybe you are a former chess tournament kid who carried his chess pieces in a fanny pack.

No, I’m not talking about me. HOW DARE YOU!

Let’s just move on to the next one. 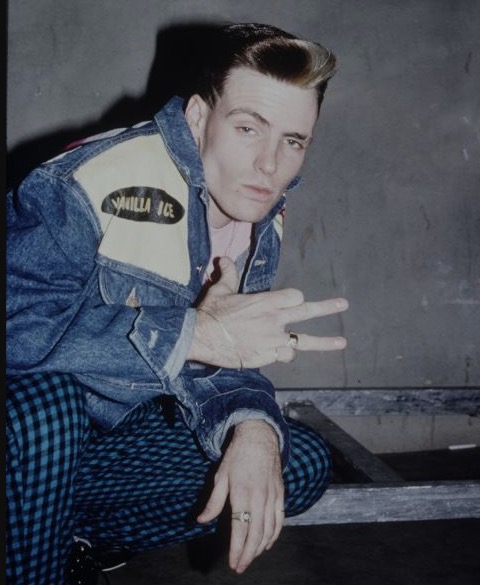 If you want to live a happy, self-actualized life, a good rule to follow is “Do the opposite of whatever Vanilla Ice does.” 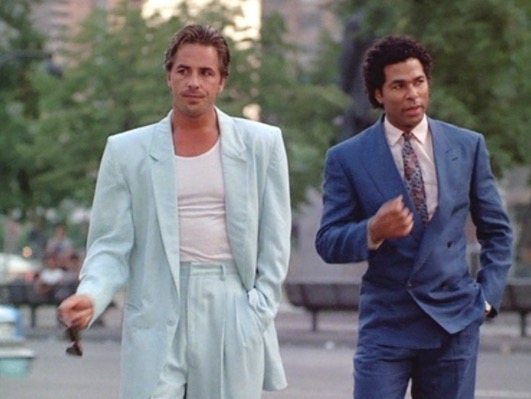 You know the look. The oversized jacket with the big shoulders. Sometimes the sleeves are pulled up, sometimes a tight t-shirt is worn with it. Who would actually choose to look like a bodybuilder who borrowed his dad’s blazer, and also his dad is an ice cream man? 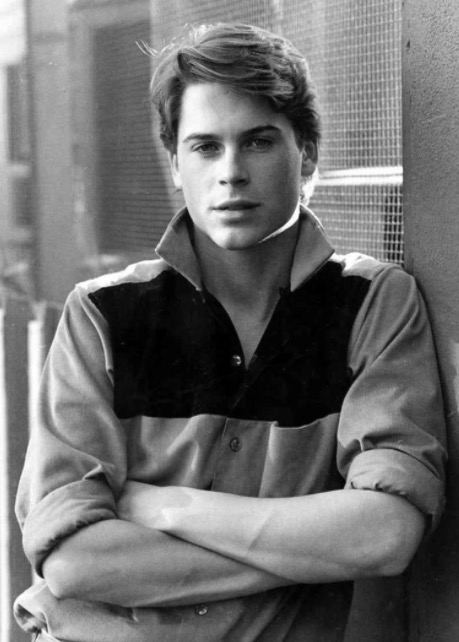 I guess the first person who popped their collar was being a rebel. “Why’s it gotta go like this? Why can’t it go like THIS?!” [Pops collar, everyone faints from excitement.]

But then fraternities got a hold of this look, and that’s always the death of anything cool. 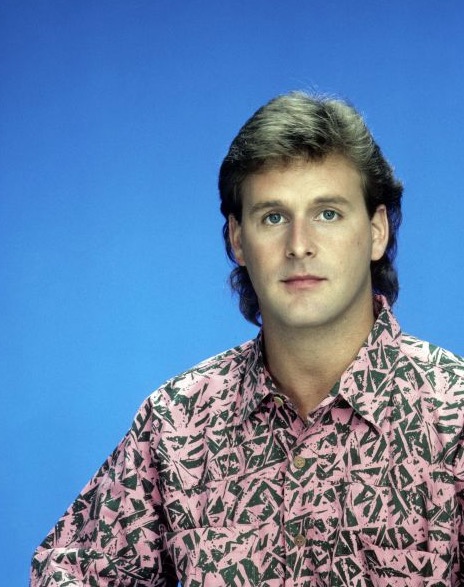 I will say, the one good thing shirts like this is you could barf all over yourself and no one would notice. 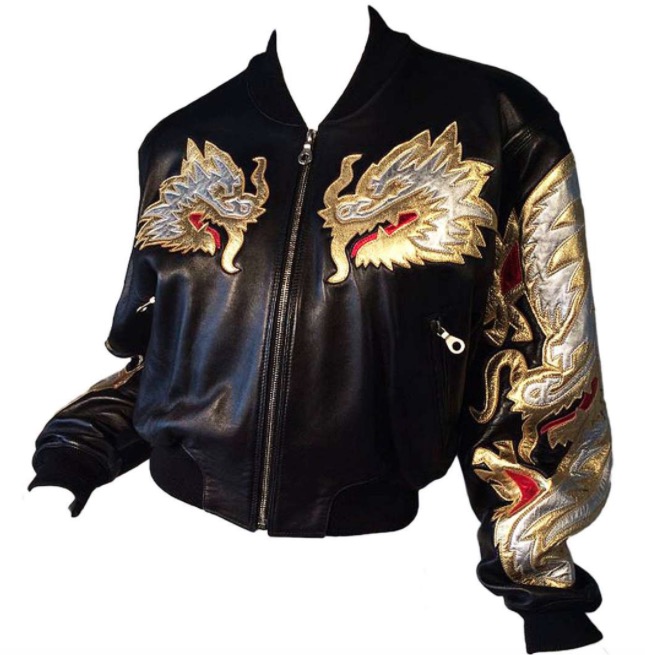 If you’re a secondary villain in a kung fu movie or Guy Fieri, you can wear one of these. If not, lose it!

Yes, some of those people are more from the 90’s, but that just proves how difficult this trend was to kill.

I remember about 15 years ago when everyone was suddenly wearing trucker hats, and that feels a lot like this. It really seems like when fashion designers wanna start a new trend, they make a list of the least cool occupational clothing and pick the worst one.

In other words, 2018 will be the year everyone dresses like a beekeeper.

Anyway, there were far more fashion abominations than I had space for. Tell me what I missed in the comments!