In today’s age of selfies, cell phones, internet, and social media, you truly never know when your fifteen minutes in the limelight might begin.

For instance, take this kid – he was simply toiling away at his after school Target job when someone snapped a candid shot that went viral. In the post, Twitter user @auscalem called him “Alex from Target,” and the 16-year-old became a sensation. 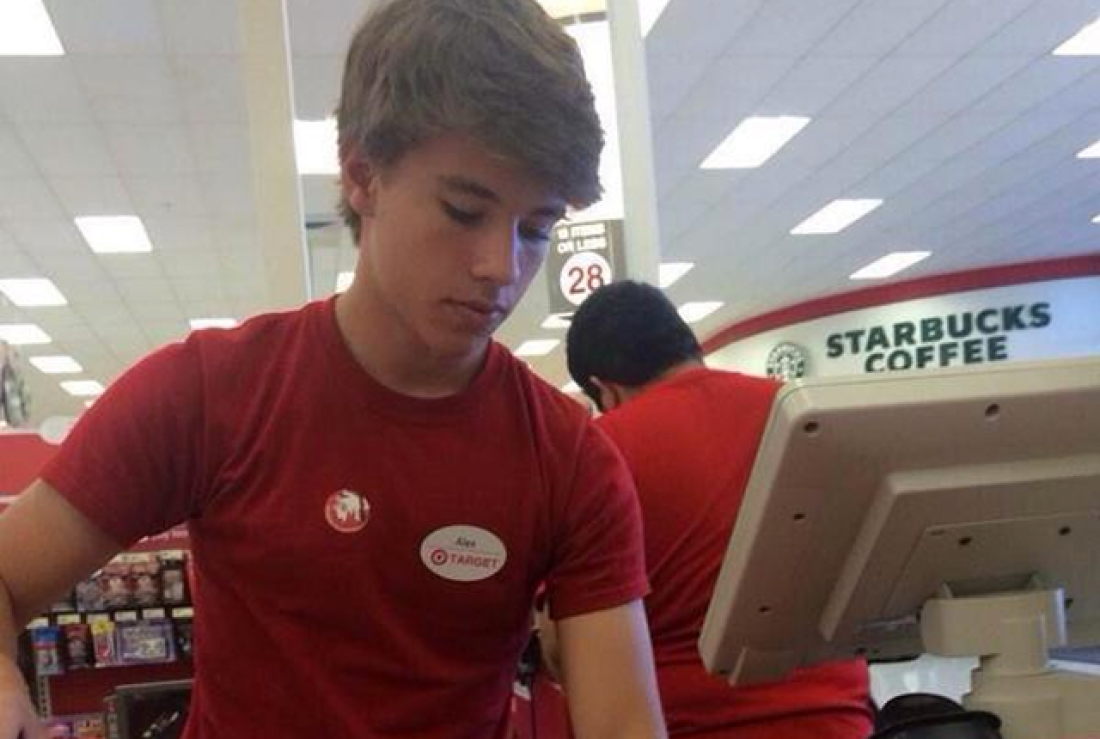 Alex’s slide into notoriety wasn’t totally smooth sailing, but he’s now embraced his newfound fame and is even thinking about a career as an actor. “I’ve been auditioning for movies and TV shows and stuff,” he told j-14 last year.

He is an internet meme success story, though life hasn’t exactly been ruined for any of the people listed below: 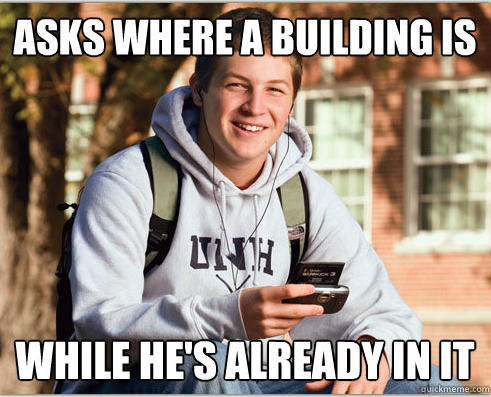 When Reader’s Digest asked freshman Griffin Kiritsy to do an interview and photo shoot on the University of New Hampshire campus he thought, “no big deal. I can pose for a few snapshots.”

Little did he know that the images would go from a bunch of pretty boring articles about freshman life and college finances to Reddit, the front page of the internet. Once the Reddit community got their hands on the photos, Griffin became forever enshrined as “College Freshman,” the bumbling, clueless young adult who’s sheer ineptitude seems likely to get him killed.

In a Reddit chat, Kiritsy admitted that many of the memes reflected his real life as a college freshman, saying, “the laundry jokes, the bragging about parties I went to, and all of the dying ones happened to me.” He also reports that being a meme hasn’t ruined his life: “I plan on being the College Freshman until … I die.” 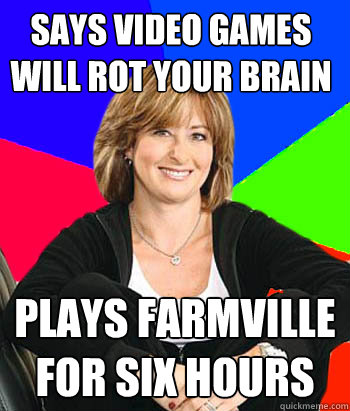 Romance novelist and mother of two Carly Phillips surely never thought that taking new author photos in 2011 would lead to meme-hood; however, one of those photos was appropriated for the Sheltering Suburban Mom series on Reddit. Phillips only learned about this fact last year, thanks to a Reddit user who posted a link on her Facebook fan page.

When someone explained to her that her image was used to make jokes about uptight, hypocritical, and sometimes racist suburban mothers, Philips said her “initial reaction was horror and fury and hurt.”

She eventually came to accept the fact that the jokes weren’t about her, but about hypocritical helicopter moms worldwide, and that made her feel a bit better about the whole thing.

“I never want anyone who sees it to think that I, the real mom/person … believes any of that stuff, especially the derogatory, inflammatory, prejudiced things in there.”
Carly Phillips 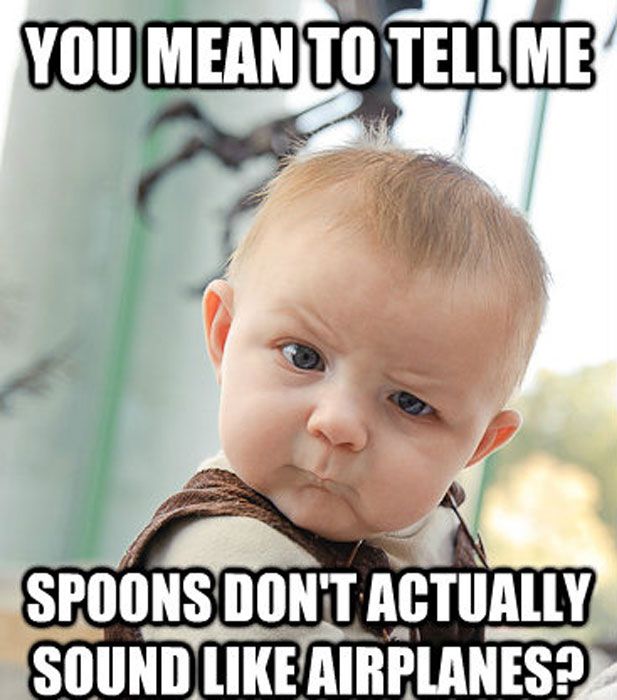 One day in 2011, on a perfectly innocent outing to take some family photographs, Dave, Rhiannon, and their son Mason went to the Museum of Natural Sciences. The pictures, taken by photographer Jarod Knoten, came out so adorably well that dad Dave posted one to Reddit. Within hours, little Mason was front and center in a brand new meme.

Skeptical Baby just can’t believe all the things he’s been lied to about in his short life – and by the adults he’s supposed to trust! The joke usually follows the “You mean to tell me…” format, but there are a few variations. 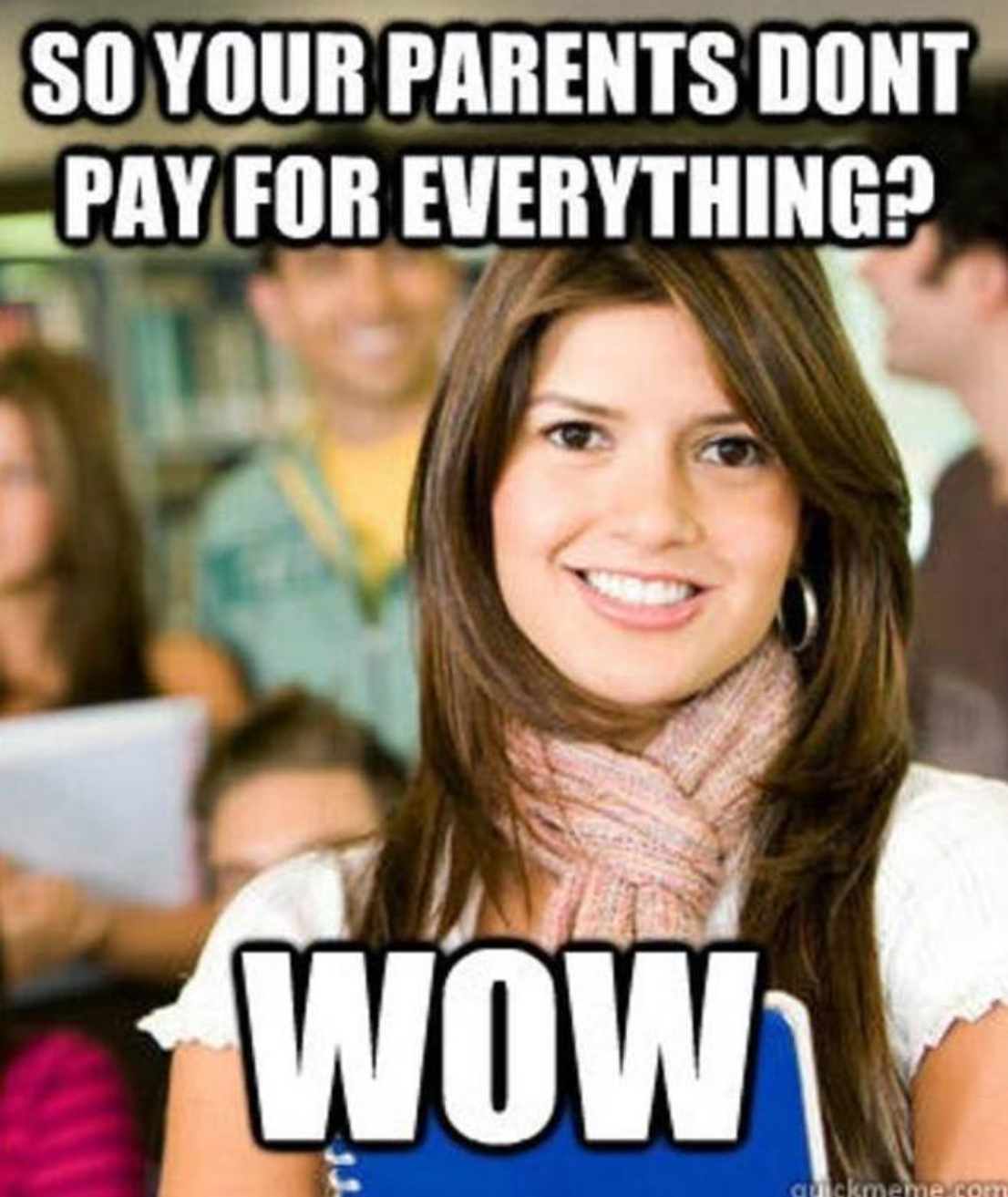 Kerin Portillo is a model who lives in Bogota, Colombia. Since she posts photos to stock photo sites like iStockphoto, she’s not exactly a stranger to seeing her face pop up in random places. That said, she certainly didn’t expect it when these images of her as part of a crowd of students in a library were cropped to make her the star – as Sheltered College Freshman.

The meme is pretty much exactly what you’d expect, with captions about misunderstood slang and sexual innuendo, but occasionally they expose the genuine surprise some eighteen-year-olds have when they find out how much work life can actually be. 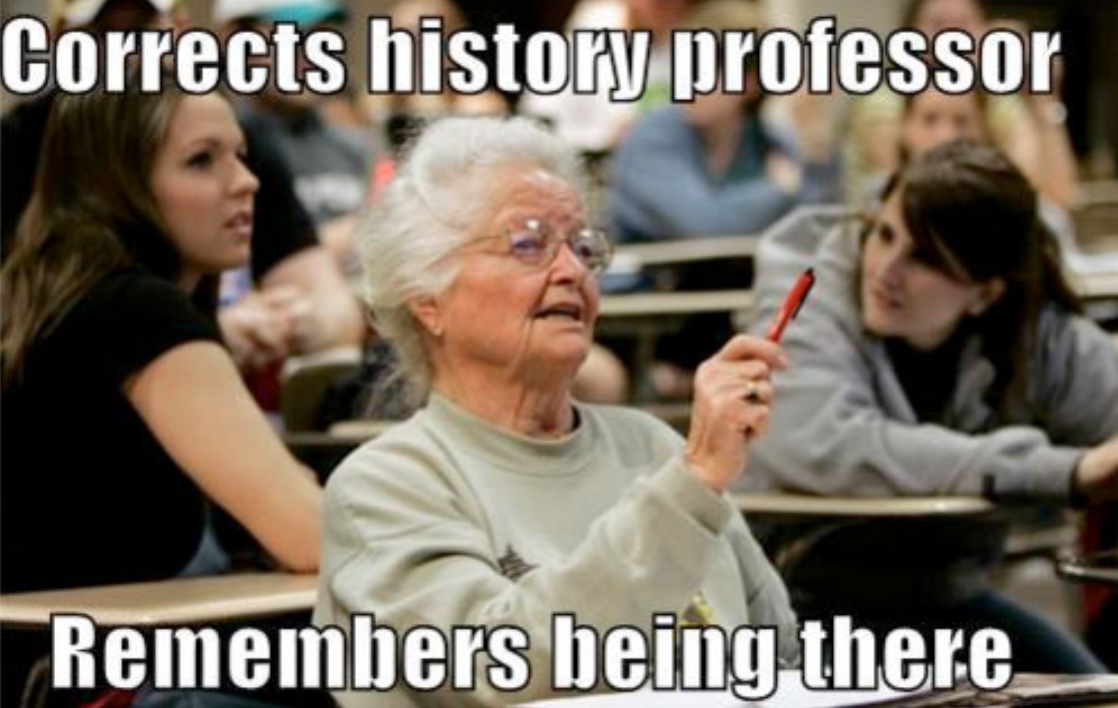 You didn’t think after the internet learned that Nola Ochs graduated from Fort Hays State University at the age of 95 and set a Guinness World Record in the process that they’d be able to pass it up, did you?

Since then, the woman has been known as “Senior Freshman,” an elderly student who doesn’t need to learn about the past 100 years of history – she lived them. Ochs is now 102 and has not commented publicly on her stardom. She may not even be aware of it!

Oh, and get this – she went on to earn a Master’s degree in Liberal Studies at the age of 98, graduating alongside her own granddaughter. 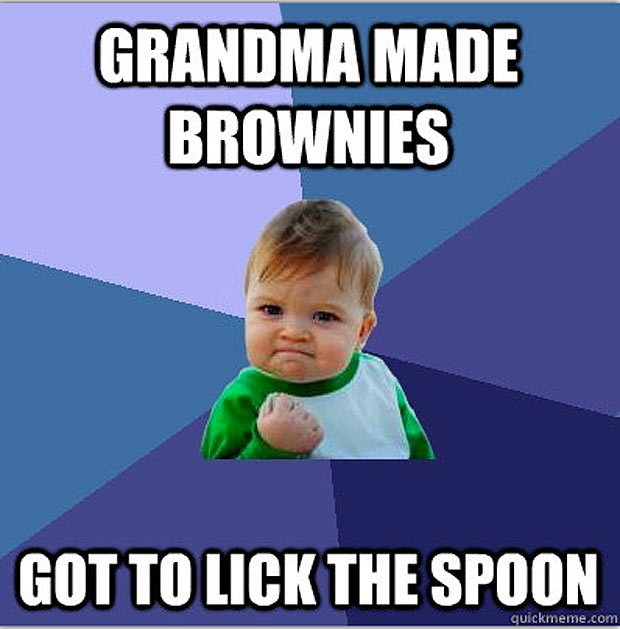 Sammy Griner had no idea – he hadn’t even been alive for a whole year yet – that when his photographer mother Laney snapped a photo of him with a handful of sand he would become internet famous. She titled the pose “Why I oughta…” on Flickr, and by January 2008 the picture was making the rounds on MySpace. The pic bounced around for a while before being reborn as “Success Kid” on reddit forum Advice Animals in January 2011.

Virgin Media has even grabbed the rights to use Sammy’s photo on billboards in the UK, and he even appeared in a commercial for Vitamin Water. 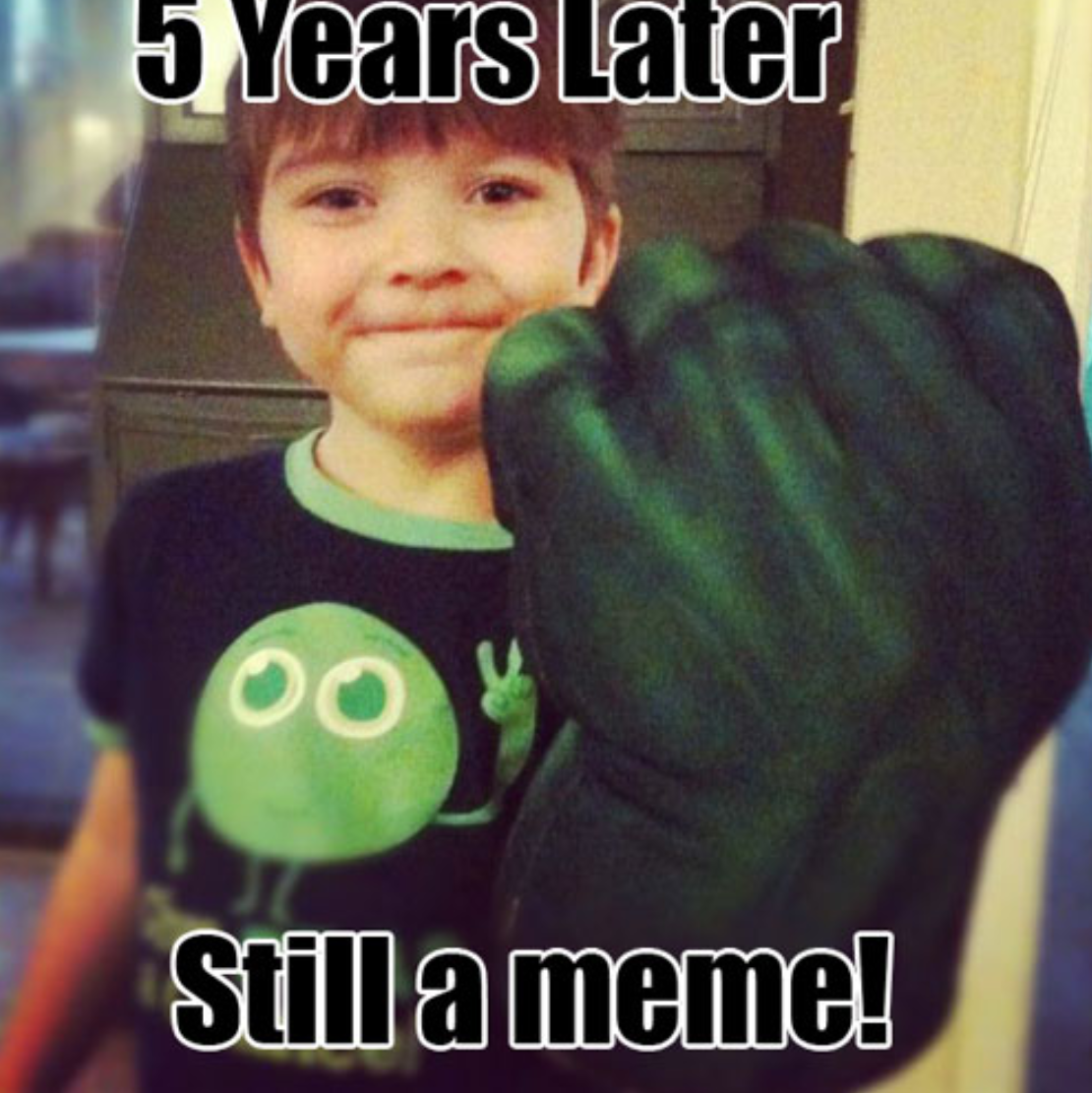 Photo Credit: Did You Know 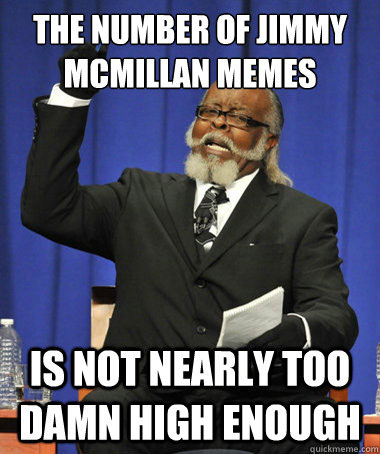 When Jimmy McMillan was running for governor of New York in 2010, he talked a lot about how rent was “too damn high.” After that year’s Gubernatorial Debate was uploaded to YouTube, the internet created “Too Damn High” guy.

Since becoming Reddit famous and after a failed presidential run, McMillan has parlayed his “stardom” into singing with Occupy protesters, hanging out on college campuses, and being parodied on Saturday Night Live. He ran for governor again in New York’s 2014 election, but did not succeed. 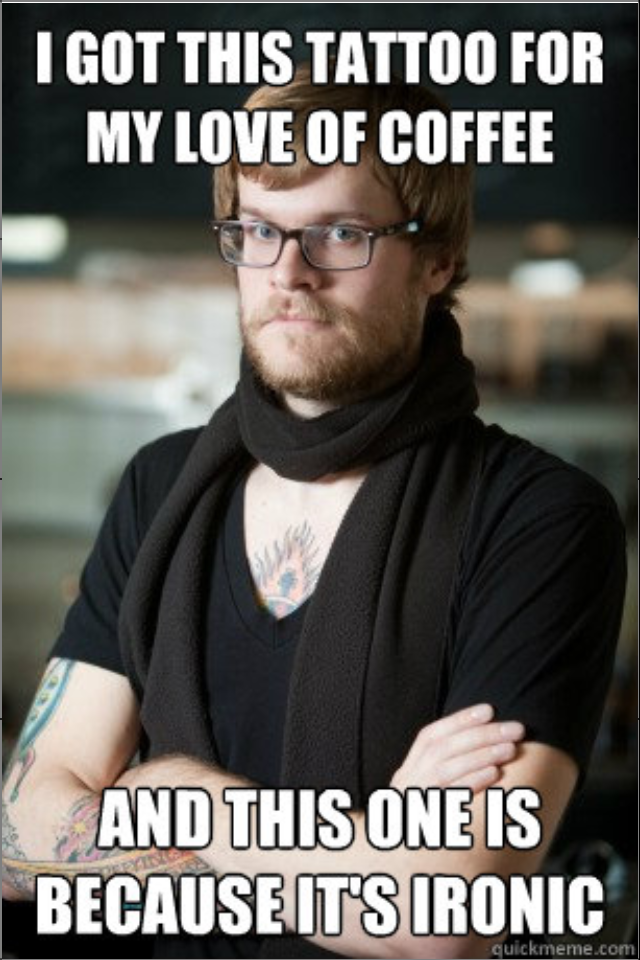 Dustin Mattson is really good at his job as a barista – he’s even placed in both regional and national barista competitions, which I had no idea was a thing before writing this article.

He’s also the face of Hipster Barista, the too-cool-for-you expert on java and things that you’re going to realize are awesome about six months too late. Because he takes his job as a barista very seriously, Mattson isn’t as amused as everyone else by his minor internet celebrity. He told a reporter for Eater.com: “If anyone were to see me and my coworkers’ work in the café, they’d see that it doesn’t quite match up to most of the jokes made against the ‘Hipster Barista.’” 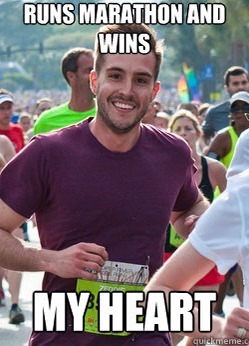 There’s no debate that Zeddie Watkins Little is a good-looking guy. Even so, Little says that this photograph, taken by Will King during the 2012 Cooper River Bridge Run, was a “total fluke.” He’s admitted that he doesn’t hate his status as an officially good-looking guy, and even chatted with readers about it after Reddit blew up his meme.

“I have to say, I really enjoy being part of such a good joke.” He also showed up on Good Morning America with photographer Will King to tell the story. 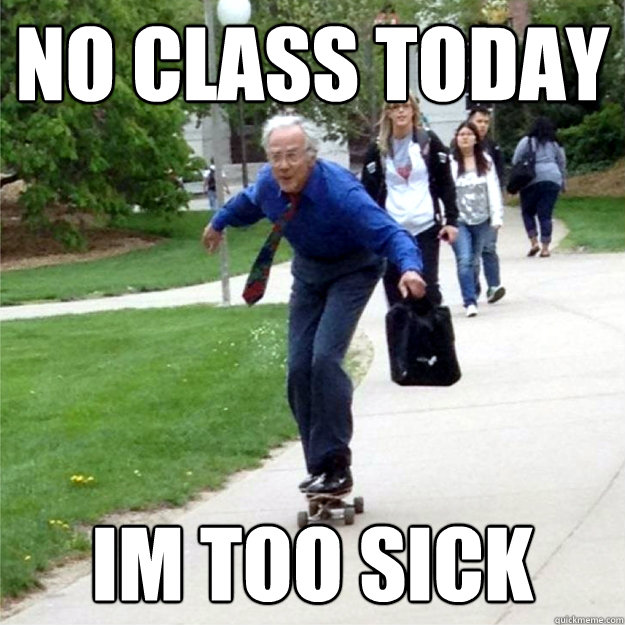 “Walking sucks, so I get there on my wheels.” At least, that’s why Dr. Thomas Winter, a professor at the University of Nebraska-Lincoln, prefers skateboarding to walking around campus. He doesn’t see what the fuss is about, but the Internet loves it – after Redditor tr0llzor posted a picture of the 68-year-old rolling to class, a meme was born.

Winter admits to not really getting the “contemporary slang” of the image captions, and is further confused by the idea of memes in general. He retired from his position in spring 2013. 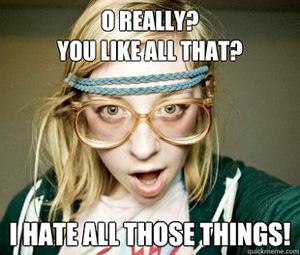 As do so many good stories, Kate Killet‘s story begins with a particularly impressive Halloween costume: “Birkenstocks with wool socks, jean shorts, tie-dye crop top, braided band in my hair and a prescription pair of glasses… It seemed only appropriate to grab a quick and silly shot of my costume before going out to party. The next day I posted it on Facebook and Flickr, and then forgot about it.”

And Angry Hipster Girl was born. Kate says “lots of friends of friends and randoms I haven’t talked to in years,” have recognized her, but, as far as strangers go, no one has had the guts just yet. Her take on the whole thing is that, should you find yourself memed, just “enjoy your Internet 5 minutes. Don’t get mad or offended, the Internet loves you. And turn off your Twitter and Facebook notifications, cus you’ll get roughly a million.”

(Kate’s official Internet reveal is thanks to mental_floss reader Jenny Serwylo, who outed her friend in the comments of a Mental Floss post.) 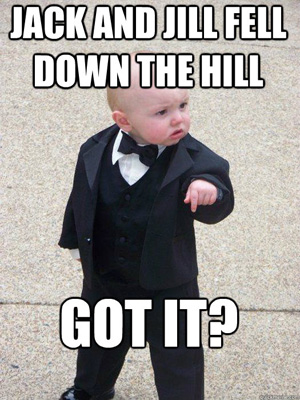 In 2010, Redditor timekeepsgoing posted this picture of his son with a request to Photoshop the well-dressed kiddo into scenes from The Godfather. The image was taken at a wedding, and has evolved into the Baby Godfather meme. 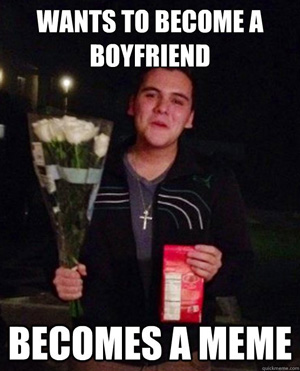 This poor guy’s relegation to the friendzone is, sadly, something he’s never going to be able to forget. In 2012, his “friend” Lizz posted this picture after he showed up at midnight with flowers to wish her a happy birthday (yeah, I totes do that for my friends…not) with the caption “I am so blessed to have such great friends. Thank you sososoo much Jonathon!”

A meme was born – the photo was shared on Reddit and Quickmeme within hours. Though Johnny and Lizz apparently never got together, he seems to be getting something out of this whole thing. He claims the attention makes him happy because “I became famous and more girls are talking to me.” Way to go, Johnny.

After the Canucks lost the Stanley Cup in 2011, our well-mannered neighbors to the north had a momentary break with sanity when they took to the street with riots. During the ensuing madness, Alexandra Thomas was knocked to the ground by shield-wielding riot police. When her boyfriend, Scott Jones, went to comfort her, the kiss was caught by a photographer and on video from several angles…with fire and riot police in the frame.

The kissing kids now find themselves Photoshopped into other dangerous scenes where making out would be ill-advised, or even in the background of other famous kissing scenes.

No information is currently available on whether the couple still kisses in any scenario, public or private, today – but we do know that they were still together as of June 2015.

Check out these other great awkward reads.

29 Times People Blended in With Their Surroundings

Women Share the Secrets They Keep from Their Men Because They Don’t Think They Can Handle Them
Artist Turns Stones Into Amazing Tiny Animals
15 Tweets That Sum Up Married Life
9 Really Dumb Jokes That’ll Still Make You Laugh
Washington Capitals Recreate Photos With Babies Conceived During 2018 Cup Run
Just a Bunch of Pics of Nuns Havin’ Fun!