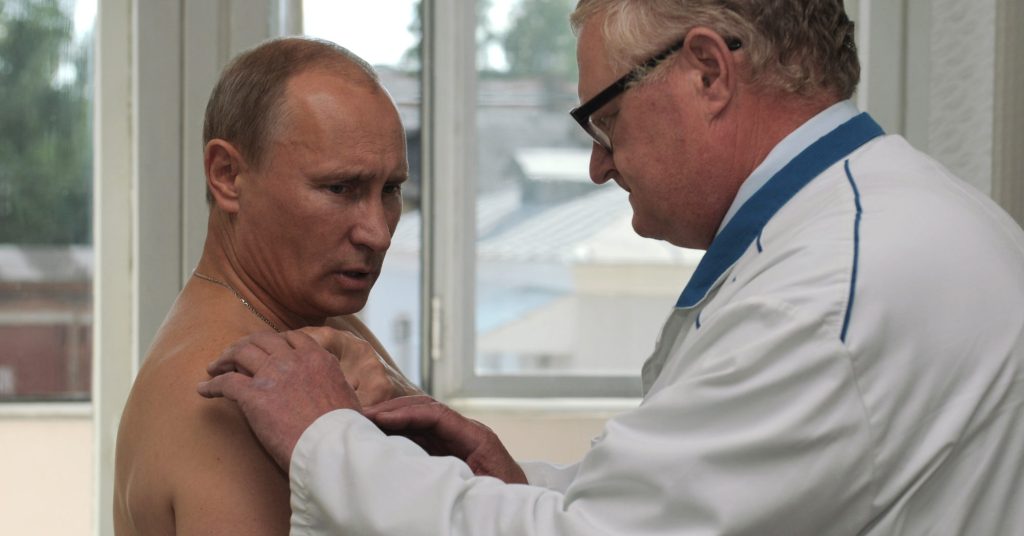 The sexual history question is supposed to be routine. It’s there to cover bases and help doctors and nurses check off boxes and eliminate variables, or lead them to the source of a potential problem.

But, as these 12 stories from doctors, nurses, and patients can attest, when the subject of sex is invoked, the routine can swiftly veer into the absurd:

When I was in year seven, probably 11 or 12 years old, I had broken my foot in a way that needed a minor surgery, so my cute twentysomething nurse was asking me the pre questions with my dad.

When she got to the personal part, she asked if I wanted my dad to leave the room, I said no, because, whatever.

When she asked if I was sexually active, I turned to my dad and said in a loud whisper, “I want her to think I’m cool.”

The best response I’ve heard to this question was from a quiet guy in my freshman college English class.

Somehow our discussion on vaccines led to this topic, and he told a story about his doctor asking if he was sexually active.

His perfect response was, “Bro, I’m not even socially active.”

One of my classmates was asking a 75 year old woman with dementia about her occupation for a PT exam.

I’m a hospital corpsman (navy medic) and I had this older retired salty dog as a patient a while ago.

His wife had passed away, but I didn’t know that.

When I asked if was sexually active he said, “Well, no for two reasons: I’m married, and she’s dead. Not that that would change a thing, though.”

I felt terrible, and then he just started laughing and told me not to feel bad.

Seriously caught me off guard though.

My doctor was just telling me a story…

Back when they first started performing vasectomies, doctors had to call their patients back for standard follow up questioning a number of weeks after the procedure.

He told me he got the same answers from all of the couples he interviewed:

Any Sensation change? -No, Any performance Change? – No… etc.

This went on and on… until one day, he asked a couple if there was anything different after the procedure. Any changes at all….

The wife said YES… There is a huge difference since he had the surgery.

My doc was very surprised, and when he inquired further, the wife said, “It tastes different”…

He said it was all he could do to keep from laughing as he made the note of, “Seminal fluid tastes different after procedure”

I told my doctor back in high school that I wasn’t sexually active and she said:

“Encyclopedic…” was the reluctant response a nurse friend once told me she received from the wife of a well known local Baptist minister.

She was well into her 70’s and had recently celebrated her and her husband’s 50th wedding anniversary.

When asked to clarify, she admitted to being unfaithful to her husband with over 1000 men and several hundred women.

Her most recent escapade had been the previous day.

“Literally got road head on the way here”

Paramedic here. I once asked a 20 year old female with abdominal pain:

ME: “Any chance you’re pregnant?”

HER: “Absolutely not, I could never be pregnant”

ME: “What kind of birth control is it?”

I was in surgery clinic and going through the “review of systems,” and like any good med student covering every system possible as I was seeing this 72 year old African American guy.

“Any discharge from your penis sir?”

Took me half a second then I cracked up and said, “Not that kind sir, but you’re hilarious”

This is how it went during my last physical

Nurse: “Are you sexually active?”

She had a surprised look on her face, and I’m not sure whether I should feel good or bad about myself

I gave a new gyno one of her favorite responses to “Currently sexually active?”

I had recently started seeing someone, and we weren’t quite there yet, so I said “Outlook favorable.”

Check out these other great articles: