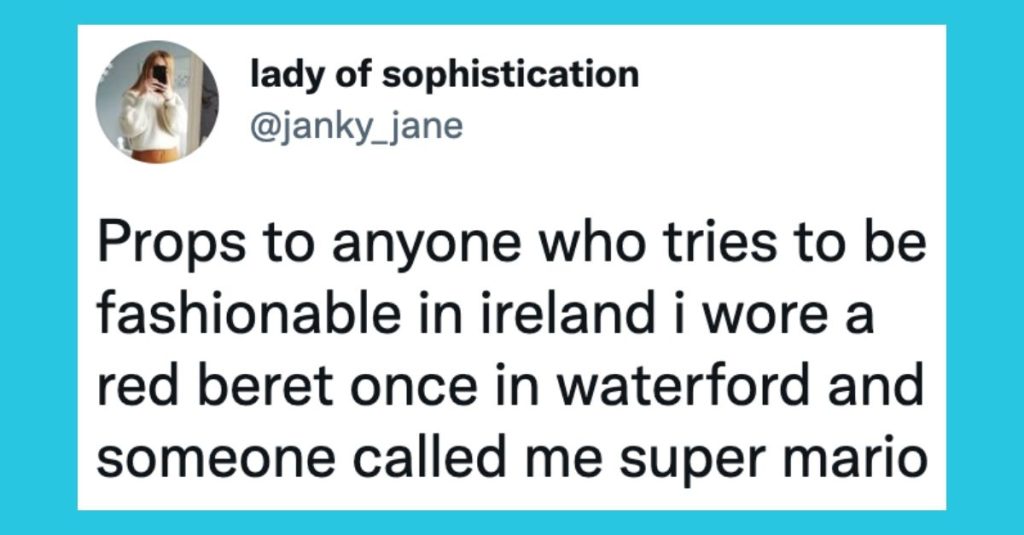 12 Times People Got Roasted by the Fashion Police

People sure can be brutal when it comes to making fun of the clothes folks are wearing.

And it’s especially bad when it comes from a complete stranger. Ouch!

Enjoy these stories of people getting roasted by the so-called Fashion Police.

And all because of a red beret.

My sister was in France sporting a new trench coat, thought was so stylish, but went into an Irish bar and got called Inspector Gadget by the first guy that saw her

I once wore a silver jacket to college, turned up late for class, said ‘sorry I’m late’, lecturer said, ‘that’s ok’ then waited til I was halfway across the front of the full class before following up with ‘trouble with the spaceship again was it?’.

You’ve been through Hell.

One my colleagues had an ankle-length dark green serge greatcoat, and when he burst through the office doors one day, another looked up and said: “What news of Stalingrad?” ?

Camouflage t-shirt once,
“Oooooh it’s a floating head” was the response in the pub.

They won’t let you get away with it.

I got called “stream of piss” “banana boy” “lemon puff” etc. for the entire game.

Even if not technically correct.

Late 1980s in Dublin, a bloke was walking towards me wearing a ‘Y’ Varsity jacket. Two lads behind me said to him “Y for wanker.” pic.twitter.com/Rak6ncKwcE

8. The miracle of birth.

Did you wear it out again?

Also wore out a pink fake fur collar on a jacket one time and my friend told me I looked like I was being born ???

Was wearing a Russian winter hat (like the one on the left), walking down the street in Kilkenny with a friend dressed in a Tommy Hilfiger jumper with an American flag. A man on the street says “look who it is, Ivan Drago and Rocky Balboa.” pic.twitter.com/j4UIFUZWR5

You should have known better.

Got a top like this in Penny’s when in College & spent most of the year being called “High School Musical” pic.twitter.com/WO5iR3Gm18

Why aren’t you flying?

A friend wore a Superman tshirt walking down a street in Navan when a car slowed down and shouted “some Superman you are and you walkin”!!

Have you ever been roasted because of what you were wearing?