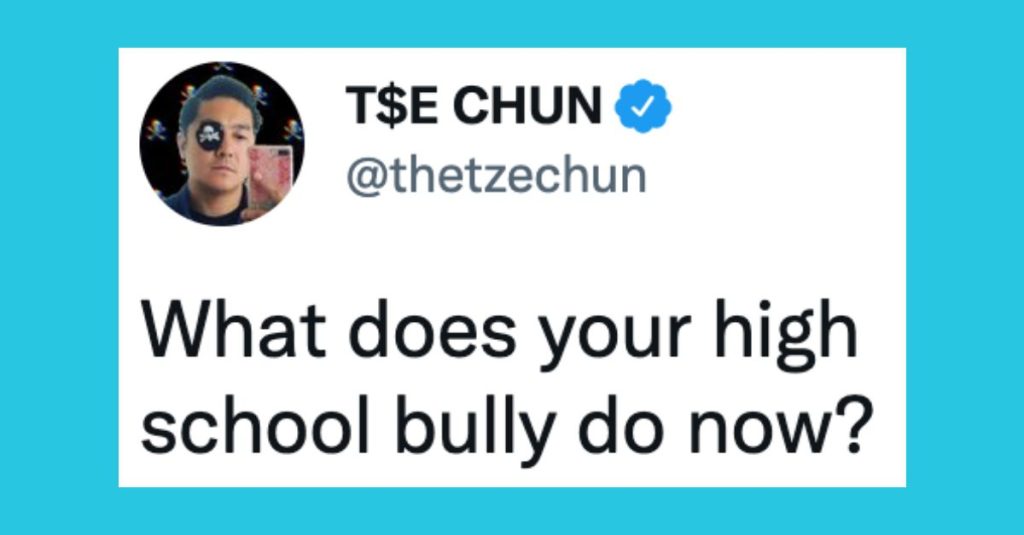 12 People Share What Their High School Bullies Are Doing Now

I remember I had a couple when I was growing up and I dreaded seeing them in the hallway at school or on the bus.

But do you ever wonder what happened to those guys and gals who used to terrorize us?

Now we have some answers!

Take a look at what people said their bullies are doing now.

What does your high school bully do now?

But kind of sad.

She’s a theater director in New York after graduating from Princeton, and she’s still way hotter than me

The worst one had rich parents. He went to USC, got hooked on coke, was kicked out of school, turned to dealing, and was arrested for possession. When his folks cut him off he committed suicide in front of his hs gf.

We ended up being coworkers at the public library. While there, he used the patron records to find my parent’s address and send them a postcard telling them I was gay.

Best to avoid him.

He’s like 43 and posts a shit ton of weed stuff and car pictures. Also has a hat that says Dankachusetts.

Makes a lot of sense.

Maybe she’ll come to her senses.

She was dishonorably discharged from the Navy for public drunkenness. Last I heard, she was unemployed.

What is your high school bully doing these days?