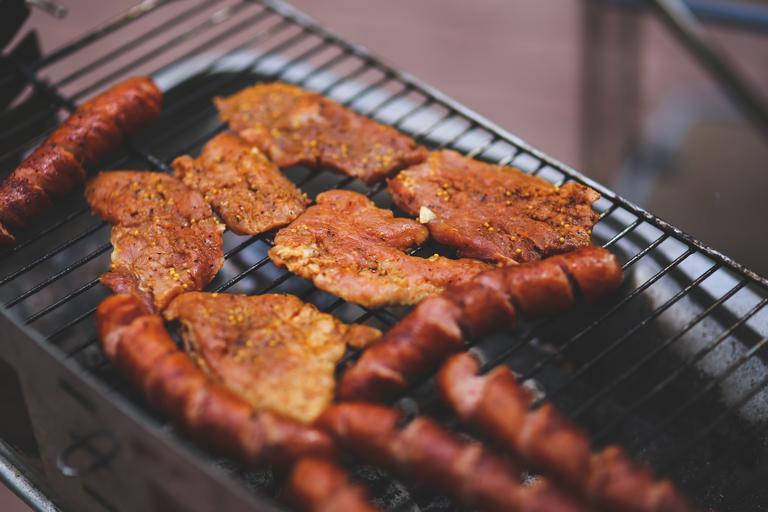 12 People Recall the Worst Thing They Ever Ate

Ethiopian food. I know it’s trendy and people love it, but I honestly think it’s the worst thing I’ve ever eaten in my life. And I’ve tried it at two different places, so it wasn’t like this was a one-time experience. Who knows, maybe I’ll grow to like it some day…in the distant, distant future. Maybe.

The 12 folks in this article had some pretty bad experiences with food that they were nice enough to share for our reading pleasure. Let’s all learn from their misery, shall we?

On a particularly hectic Tuesday at work, I skipped lunch to perform all the tasks at hand. At 3 PM, my stomach, which was only one cup of coffee full, decided to give me what seemed like the last warning.

I reach out for my wrist watch and realize that the cafe is closed. I am instantly in scavenging mode and while rummaging through my desk drawers, I found the glorious bag of cashews that I had stored for days like this!

First chew felt a little soft and stale, and my hungry and scientific mind attributed that to it being placed in a drawer that may have caused it to get soggy.

Nevertheless, I pick up the bag to check it. I noted several white granules, akin to ground cashew, and again my hungry mind attributed that to the bag being kept under heavy files and the cashews getting crushed.

I didn’t stop going on the bag of cashews until the last 5–6 were left in the bag, when I just couldn’t bear the staleness, so I reach out for the bag and inspect it one last time (my gut, although hungry, never seemed to trust that bag!). I saw, again, hundreds of white granules. So I threw it in the garbage.

Fast forward to when I get back home. I reach out for a pack of spice powder in my pantry to begin cooking and guess what? I notice the same white granules I saw earlier in the cashew bag. And then, to my horror, I saw a moth in the spice powder jar. A MOTH. I did some research. Turns out I ate cashews covered in moth eggs.

I was on a four hour highway bus ride in Southeast Asia, and the bus pulled into a highway rest stop for dinner.

I speak very little Thai, and can’t read at all, so I just pointed at what looked like tempura prawns in the glass fronted display case. When the dish was served, the “prawn” turned out to have a long tail with a stinger on it.

It was actually a deep fried scorpion, which had been arranged in the case in such a way that the tail wasn’t completely obvious.

Some people would send that dish back, but not me. How many times in this life does a man get the chance to taste a scorpion?

Unfortunately, the scorpion I ate on the highway to Ko Tao was so incredibly spicy, I couldn’t taste the meat at all, just the peppers in which it was cooked. It was so spicy I had to get an ice cream bar from a vending machine, and I love spicy food and almost never need anything to soothe my palate.

I ate a scorpion, and I immediately regretted eating one without gaining any knowledge of the taste of scorpion.

When I was seventeen and travelled through Scotland, I bought haggis and chips at a chips shop. It was probably my fault, as I should have gone to a restaurant to try it for the first time, but the stuffed and boiled sheep’s bladder tasted like a huge cockroach crapped in my mouth. I spat out the bite and threw the haggis away.

A gull swooped down and picked up the haggis, then dropped it again and flew away.

If even a gull won’t eat your food, then the food is truly horrible.

When I was 6, my aunt gave me one of those tubes filled with gel candy.

It was the best thing I tasted in my young life! I craved for it like a junkie, but I ran out, so I was sort of a “dry drunk” at that point; I thought I forgot all about it, but it was top priority in my sugar craving brain.

One day, I went to my grandmother’s house, and found a tube on her dresser that looked like my beloved candy!

The shape was familiar, it was colorful, it was not toothpaste, I was a tube gum junkie, and I do not know nor care what the letters S-H-A-M-P-O-O meant.

Disclaimer: this was definitely not my proudest, or most intellectual, moment.

I was at my college apartment, where I lived with four other roommates. One of my roommates had his family up for the day. His parents were kind people and often brought us stuff for the apartment: cleaning supplies, food, decorations, etc.

They had left the apartment and I was there alone. I saw a sandwich bag full of little round yellow-colored balls. Logically thinking, of course, I figured his family brought us a bag of candy. I had a weak spot for candy. So, I put one in my mouth expecting a sweet or sour taste.

What I got instead was immediate gagging and the taste of what I could only imagine to be poison. I immediately spit it out and proceeded to drink every beverage possible to attempt (and fail) to get the taste out of my mouth. What I found out it was later that day…

Garbage disposal cleaner and deodorizer! Again, not my proudest moment.

Moral of the story: just as you’re taught to not take candy from strangers, also don’t take (what you believe to be) “candy” from an unmarked sandwich bag sitting on your countertop.

When I was 12 years old I was left at home alone for the first time. I was really excited and so I did all of the normal, kid things: played video games, used the swing set, ran around in my pyjamas. It was great!

But then I got hungry… I hadn’t planned for this. I went to the kitchen, only to find that the fridge was empty! My parents had left $25, but I wanted to pocket it, so searched through the cupboards until I found something that looked palatable: a bag of white chocolate chips.

I had never had white chocolate, but I figured that it would be similar to milk chocolate & dark chocolate so I happily ate THE ENTIRE BAG.

Instant regret. I was sick for all of the next day, and didn’t eat white chocolate for the next ten years.

I hate durian, the fruit. Twice now I’ve put it in my mouth and had to spit it out. It tastes like I think your kitchen rubbish would taste if you left it outside on a hot day – sweet fruit, but completely rotten tasting. I’ve learned; I won’t try it a 3rd time (and I’ve eaten rat. I’d eat rat again, but not a durian). I’d rather eat garbage.

8. “I got home and my struggle ended”

Once it hit my gut, I knew something wasn’t right.

But I was super thirsty and chocolate milk seemed like a great idea.

I know the chocolate masked the truth, but I also knew that if I looked at the date on the school lunch milk carton and saw the date, which my stomach said was long expired, I would hurl at school.

I used cognitive dissonance. I looked away, wiped the sweat forming from my brow, took some long gulps from the drinking fountain, and tried like hell to convince myself of an alternate reality.

I lasted all day at school in agony. I was lumbering from class to class with my bad chocolate burden.

I got home and my struggle ended. I’ve never felt so happy after vomiting.

I was in a fancy sushi restaurant with my fiance, we were on a very strong argument when accidentally without knowing what I am doing, I got some wasabi on my chopsticks and put it directly to my mouth!

The worst thing I ever decided to do to my gastrointestinal tract was a plate of curry. But no ordinary curry.

I had lived in Japan for about 7 months and I had ignorantly come to the conclusion that the Japanese do not know what spicy is.

So, I walked into a local curry house in Japan and asked for the spiciest thing they could give me. I even gave a five minute talk about how nothing in Japan tasted spicy.

If anything in life has taught me humility, it is this event.

A tiny little lady came back with a regular looking plate of curry and rice. I nonchalantly swung my spoon into a large mess of chunky brown stuff. I had decided to not even waste my time mellowing out the flavor with rice.

And I proudly stuck that first bite into my mouth.

The English language doesn’t have too many non-expletives that can properly explain the pain I felt.

My mouth… felt like it had been napalmed. I say napalmed because this wasn’t the kind of burning you could just put out with water. No. This was a burning sensation that made me brain want to bash its contents out on the table in front of me.

The tiny woman server came by and asked me how it was. After my long speech about spicyness, I couldn’t tell her the truth.

“Oh, this is nothing!” I managed to barely blurt out without emptying my intestines onto the table.

“Oh, I am so glad to hear! The chefs were a little worried because we only make the number 10 spicy dish about 2-3 times a year.”

“Please tell them its delicious.” I pinched myself under the table. When I say pinch, I mean, I stuck my finger nail into my wrist hoping that I could just end the pain and quietly bleed out under the table with no one realizing.

At this point a chef came out and was beaming at me.

I went to a pretty fancy dinner dance – the lights were subdued while we were eating, and I picked up, what I thought was a scoop of perfectly round mashed potato. 10 milliseconds later I realised it was a ball of fresh horseradish to go with the roast beef.

The scene: very glamorous, perfectly attired men and women, at a beautifully decorated table in a large elegant hall and then me, tears and makeup streaming down my face, coughing and spluttering and desperately trying to be discreet so that no one realised what I’d done. Huge fail.

I remember the first day I went to boot camp. We had 3 meals a day and they were small portions. We also didn’t have much time to eat. We were constantly rushed by the DI’s.

Little by little, our bodies got use to small and sort of healthy portions. 3 months later, a day before graduation after passing all the required exams we were allowed to eat whatever we wanted.

Our DIs warned us to not eat too much sweets because our bodies were no longer use to them. I didn’t listen. My friends and I bought hot Cheetos and we stuffed our faces with them.

About 5 minutes later we all threw up all the chips. The worst part is throwing up so profusely that vomit comes out through your nose.