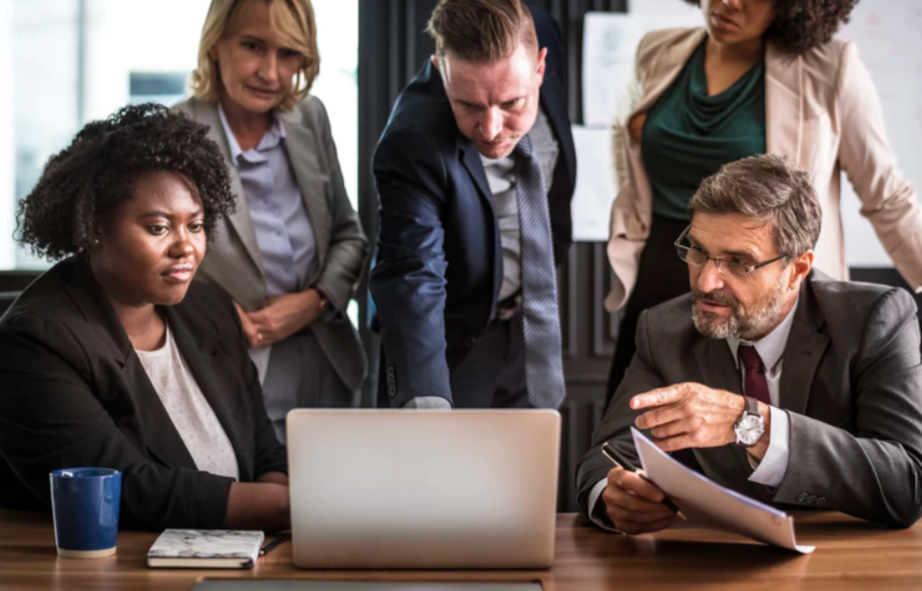 12+ Employees Share What Management Did That Immediately Killed Worker Morale

I’ve worked for both, and it can be fun to work even a horrible job with a cool boss…and vice versa.

Employees on AskReddit offered up their stories of what bad managers did that immediately killed the morale of their workers.

“I work in a big corporate building. The same older lady came by everyone’s desk towards the end of the day to collect the trash. Just the sweetest lady ever and every time she’d walk to my desk she’d give me a big smile and ask me how my day was and chat for a minute as she got my trash (usually I’d dump it in for her). I had some rough days but she has a way to cheer me up and send me home on a higher note. I know I’m not the only one either.

So then a few weeks back our work implemented a new policy to ‘cut down on trash usage.’ It’s no longer allowed to have a trash bin at our desk and we have to walk across the room and use the community trash to throw anything away. Not a huge deal but the real reason they did it is so they can cut down on cost… the cleaning crew.

Sad to say that I haven’t seen Sharon since.”

“This school wanted to switch to Chromebooks. So what did they do? One summer while teachers weren’t working, they removed every single Windows station and replaced them with Chromebooks to be issued to teachers. They were told to “figure it out.”

When teachers came up and asked how they could teach Photoshop, programming, AutoCAD 3d modeling, etc., admin basically googled their program name plus “Chromebook extension” and told them “see? There’s an extension for it and it works!” I don’t think I have to add that it did not work.

They ended up bringing back the desktops for most teachers.”

“Boss Pitched a sales incentive trip to Cancun if the team hit the goal. My team exceeded the goal, and then they cancelled the trip. 2 people quit, I accepted a position with their main competitor, and less than a year later, they closed in bankruptcy. Karma’s a beach.”

“Put up a poster that said “Complaining is like vomiting. You feel better but everyone around you feels sick.” The morale was already bad but it was just a crappy way to take a hit at upset employees rather than do anything positive.”

“I was one of a large number of programmers working on a project at CSC. We had a deadline coming up in a couple months and they over-promised to the client and then asked us all to work extra hard to meet the deadline, and asked us to work 50+ hour weeks. Which we did – and then some: some of us put in 70-80 hour weeks to meet this deadline.

But once that deadline was met, suddenly there was another deadline they needed to meet. And another. People got tired, had lives to lead, and scaled back on their hours. Most of us were still working 50-60 hours a week, but not a lot more than that.

Once they realized we weren’t killing ourselves on their project any longer, there was an All Hands meeting where the managers told us that they were incredibly disappointed in our lack of professionalism because so comparatively few employees were now working more than fifty hours a week.

One of our harder workers stood up and said, “Look, I have three kids. I’m driving an hour into and out of work every day, I’m taking care of my family, I’m trying to get presents for Christmas, write out Christmas cards, decorate and clean the house for everyone we’re having over for the holidays – I’m having a really hard time just getting to fifty.”

And the manager looked at her and sneered, “If it wasn’t Christmas, it’d be because it’s Easter, or Memorial Day, or because it’s summer and it’s nice out. You’d always have some excuse.”

There was dead silence in the room.

When we left that meeting, we didn’t talk to each other, but every single worker on that project put in exactly fifty hours a week after that. Then came Christmas – raise and bonus time! Every worker on the project got a 1/2 percent raise; the managers got a five-figure bonus. We were pissed.

For management, the pain came after Christmas. First week off the year, four programmers had better jobs lined up and quit. Three more the following week. Five the next. We hemorrhaged 3-5 programmers every single week for over three months. It got to the point where the managers had to schedule a meeting every Monday at eleven to discuss that week’s resignations and rearrange the surviving staff.”

“Bought a manufacturing plant.
Fired everyone.
Tried to hire them back for $2 less.”

“I once had a retail manager who sent out a memo that we worked so hard and did such a great job this month that she gets a bonus. That went over like a lead balloon.”

“I told the hiring manager that I was disappointed in one of his hires because he knew literally NOTHING about our job and asked him “doesn’t that cheapen my knowledge and expertise?”

His response: “Well, let’s be honest, your job doesn’t really need all that, does it?”

There were four other people my level, with varying fields of expertise, at that meeting, and it got real quiet after that.”

“Small business. 20 employees. Boss made a big speech about austerity measures and no raises this year. A week and a half later he drives up in a brand new Silverado with all the bells and whistles. Expensed to the business of course. He would hate to have to pay taxes on those profits. One of the less subtle members of the staff took a literal poop in front of his office door.”

“I worked at a club in Miami and the owner was out of his damn mind (years of drug abuse).. when the housing market crashed obviously people were spending far less going out but he insisted we were all stealing. We had meetings once a week with all kinds of threats. Finally he put in an automatic pouring system for 50k+, it basically looks like you’re pouring drinks from a soda gun, super boring. The fun vibe and flair we had was totally gone which made sales drop even more. He ripped the system out two weeks later.”

“Former teacher. The administrators at my school were usually pretty chill, but had a habit of randomly coming up with minor rules that they would enforce for us (male teachers had to wear ties even on jeans day, etc.). Overall it wasn’t bad, except for the time an administrator made a crucial mistake… they banned staff from drinking coffee in front of students.

Now if you’ve never worked in a school, you’d think this isn’t a big deal. When you spend nearly 100% of your day in front of students, it definitely is a big deal.

First we tried to find any loophole we could. Energy drinks? Banned the next week. Tea? Banned two days later. It was chaos. Eventually, we realized they couldn’t fire an entire school’s worth of teachers and aides, so we ended up doing the one thing that private schools fear most: we formed a union.

Realistically, it was more of a weird pseudo-union focused specifically on civil disobedience regarding the coffee issue, but it ruffled feathers nonetheless. The administrators caved to our “demands,” allowed us to drink coffee again, and even bought each of us a reusable coffee mug as a gesture of goodwill. And that’s the story of how a handful of school administrators almost accidentally created a teachers union over a complete non-issue.”

“She actively tried to ban friendships. If co-workers became friendly she would schedule them so they would NEVER see each other. “You’re here to work! Not to socialize!”

She also banned everyone from coming into the workplace when they were not working. It was a pub. She banned socializing in a pub.”

“Told a bunch of people they were going to be promoted to get us to do extra work, no one got promoted. I basically did her job for a month. Me and three of my co-workers quit and she got fired a few months later.”

15. Time to shake things up

“Had a boss everyone loved, then she got transferred to another store and the new guy that replaced her decided the schedule that we’d all gotten used to needed to be “shaken up.” He posted the next week schedule that was completely different than it had been under the previous manager, got a bunch of complaints from people saying they can’t work x days or y times and it SEEMED he was receptive since he took that schedule down. Then suddenly BAM, he just reposted the same exact schedule and said screw everyone.

Oh, we had some people calling in sick from time to time under the old manager, but this new manager has pretty much half his crew every single day calling out because of his crappy tactics.

Here’s the first thing to learn about being a good manager…you don’t need to “shake things up” for people to be better workers. You don’t need to “put your mark” on anything if it’s working just fine the way it was.”