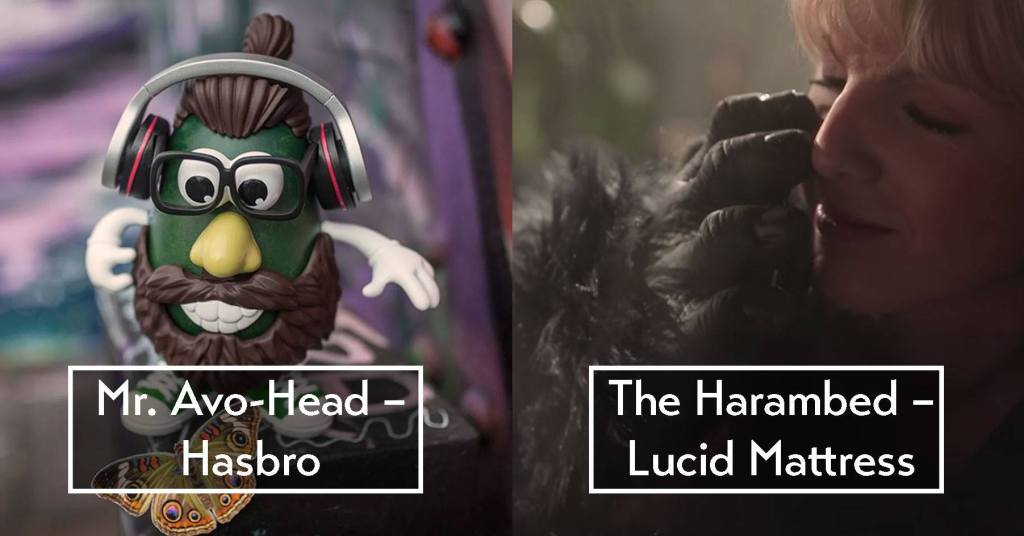 April Fool’s Day has come and gone. The thing about pranks is, it’s easy to pull a prank, but it’s difficult to pull a good prank. I’ve spent several years analyzing pranks, and I’ve come up with the following pranking guidelines:

If you’re still confused, here are 15 April Fool’s Day pranks that horribly backfired. Some of them were pulled by brands and companies trying to connect with their fans. Others were pulled by clueless individuals who failed to think through their actions. All of them prove that pranks should be banned forever.

This is what I meant when I said that a prank should be funny. A good prank needs an element of absurdity, something that will later make people feel foolish for believing in it. If your prank doesn’t have that, it’s just a straight-up lie.

Case in point: Back in 1986, an Israeli intelligence analyst thought it would be hee-larious to circulate a memo to top Israeli military officials, announcing that a Lebanese militia leader had been seriously wounded in an assassination attempt.

HAHAHAHAH! Get it?! Me, neither.

The Israeli military really didn’t appreciate the hoax, since Israel and Lebanon actually were at war with each other at the time. The report made it onto Israeli state radio before it had to be retracted, and the officer was later court-martialed. 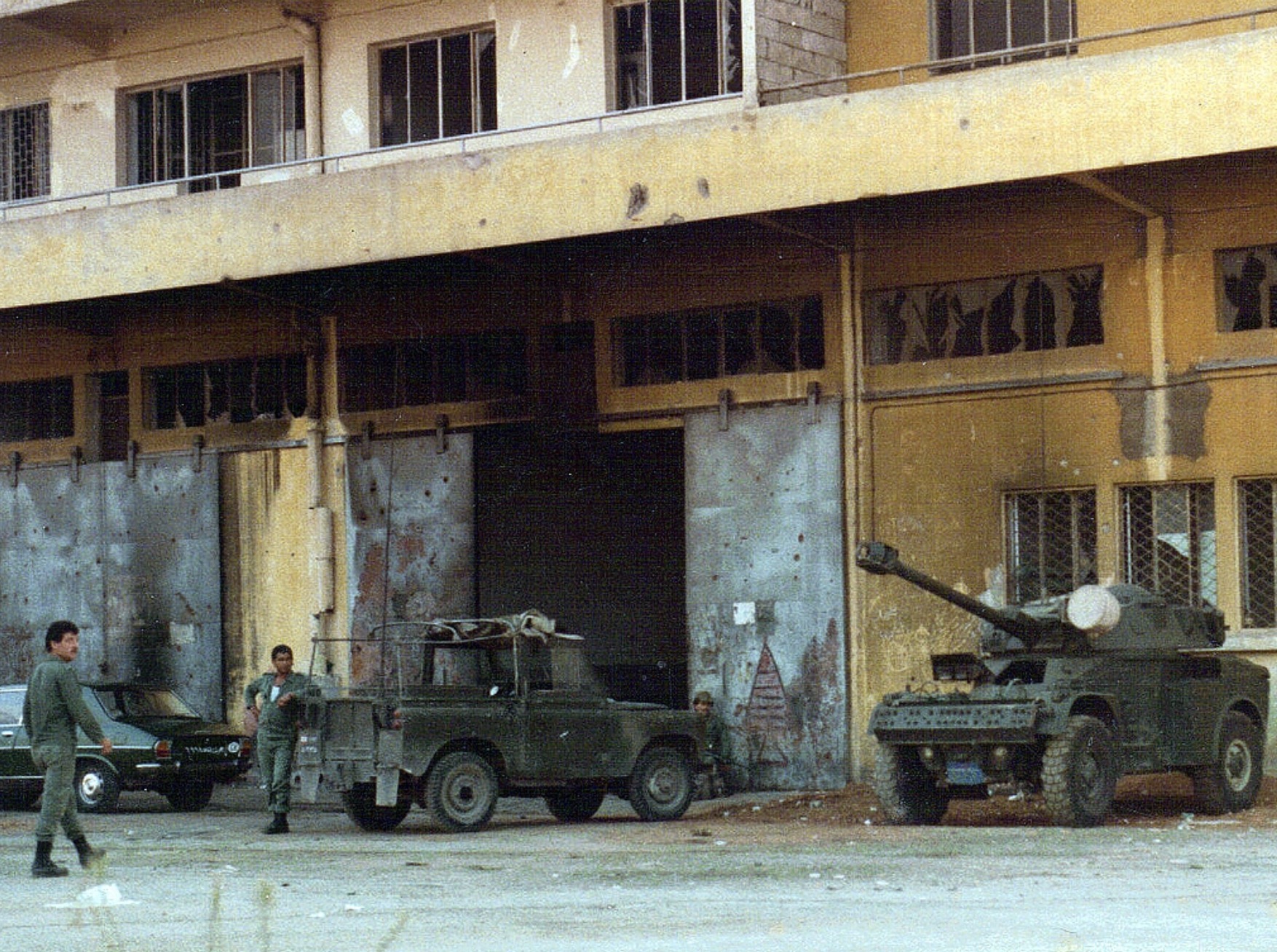 On the other hand, even a prank that seems harmless can still have unintended consequences. Prank wisely, people.

On April Fool’s Day, 2001, a radio DJ in Brighton, UK told his listeners that a replica of the 1912 ocean liner, the Titanic, was visible from Beachy Head in West Sussex. There was no replica, but hundreds of people still drove to the beach to see it. Some came from as far away as 40 miles. Worst of all, the weight of so many onlookers caused a huge crack in the picturesque Beachy Head cliff face, and huge chunk of it fell into the sea days later. 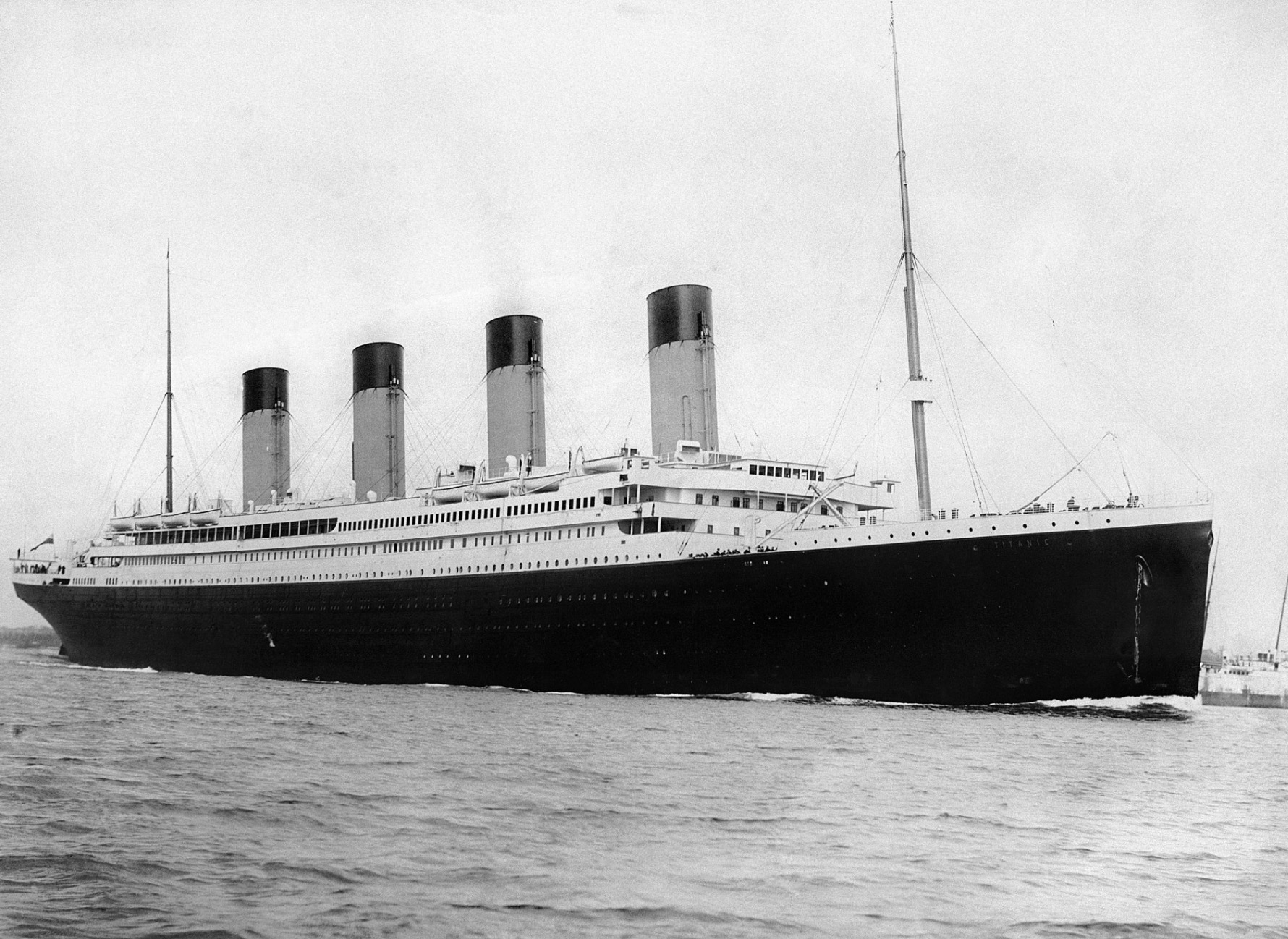 You might be noticing a common thread in these stories: using the news to disseminate a prank is extra dangerous. It’s one thing if your friend Ted tells you that he got abducted by aliens as a goof. It’s another thing entirely if The New York Times tells its readers that aliens have landed and are definitely going to incinerate humanity.

America’s paper of record hasn’t pulled a stunt like that. (Yet!) But a newspaper in the town of Jafr, Jordan, did tell its readers that, and it went about how you’d expect.

On April Fool’s Day 2010, the paper Al Ghad ran a front-page article saying that a UFO had landed outside Jafr. Panic quickly spread across Jafr, and the mayor was forced to bring in troops to calm things down. Luckily nobody was hurt.

The worst part is, we all should know better! Orson Welles was the first person to try the “aliens have landed!” gag, and it backfired all the way back in 1938. Nobody should try this prank today and expect different results. 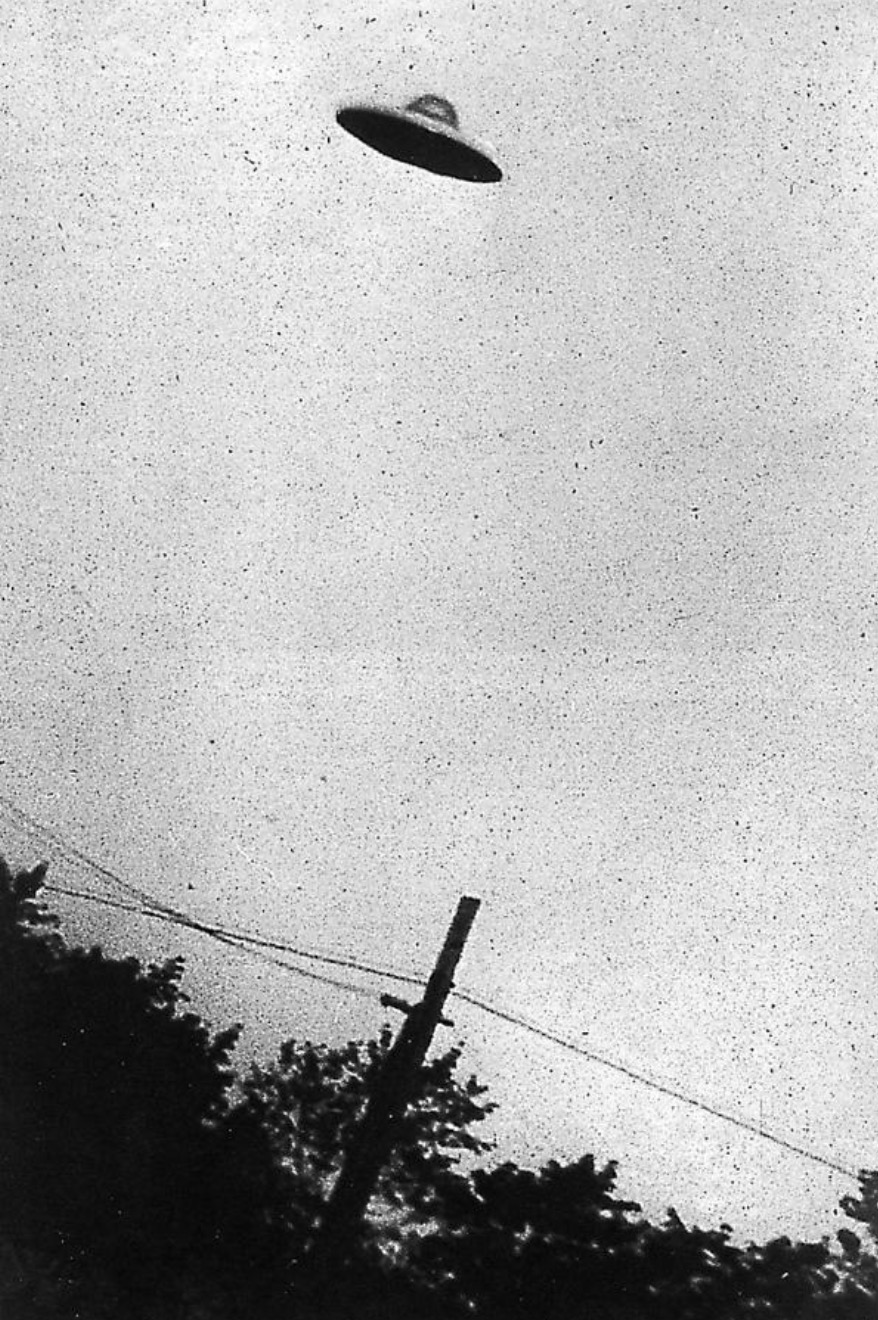 You know your prank was a flop when your city has to pass a whole law because of it. Glenn Howlett, the community services manager for London, Ontario, was on vacation at the ski resort of Banff in Alberta. That was when he received a letter on official company letterhead, telling him that he was needed back at the office to finish a huge project in a short amount of time. Howlett quickly returned to work, and was so upset when he learned it was a prank that he took an extended leave.

In response, London city councillors passed a bylaw prohibiting politicians and civil servants from playing pranks in the workplace. Jim Halper might have been a jerk to Dwight, but at least Scranton didn’t have to literally make a law about him. 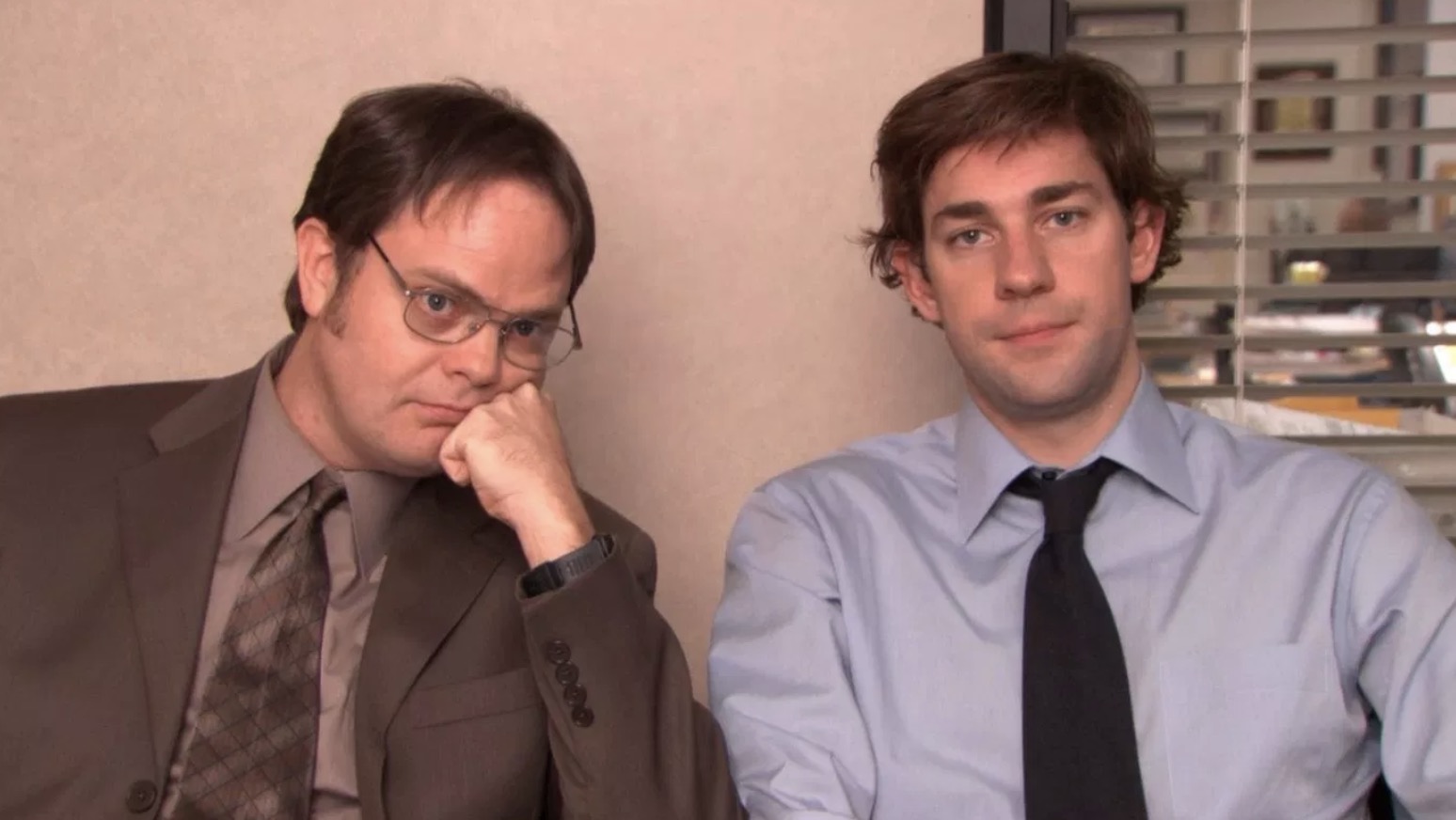 Even though one would qualify as a “good” prank, it still blew up in the pranksters’ faces. On April Fool’s Day, 2013, two Florida radio DJs in the Cape Coral-Fort Myers area warned their listeners not to drink water from their taps, because it contained poisonous “dihydrogen monoxide”–which literally just means “H2O.” According to the DJs, consuming this dangerous chemical can cause “increased sweatiness, urination, and pruny skin.”

To be fair, everyone who made it through grade school should have seen through this prank, but it still tricked fooled lots of Floridians. Also, to Diane Holm, a public information officer for the Florida Department of Health, calling in a false water safety issue is a felony. Whoops!

It’s impossible to ban all forms of pranks nationwide, so instead we should do the next best thing: ban radio DJs. 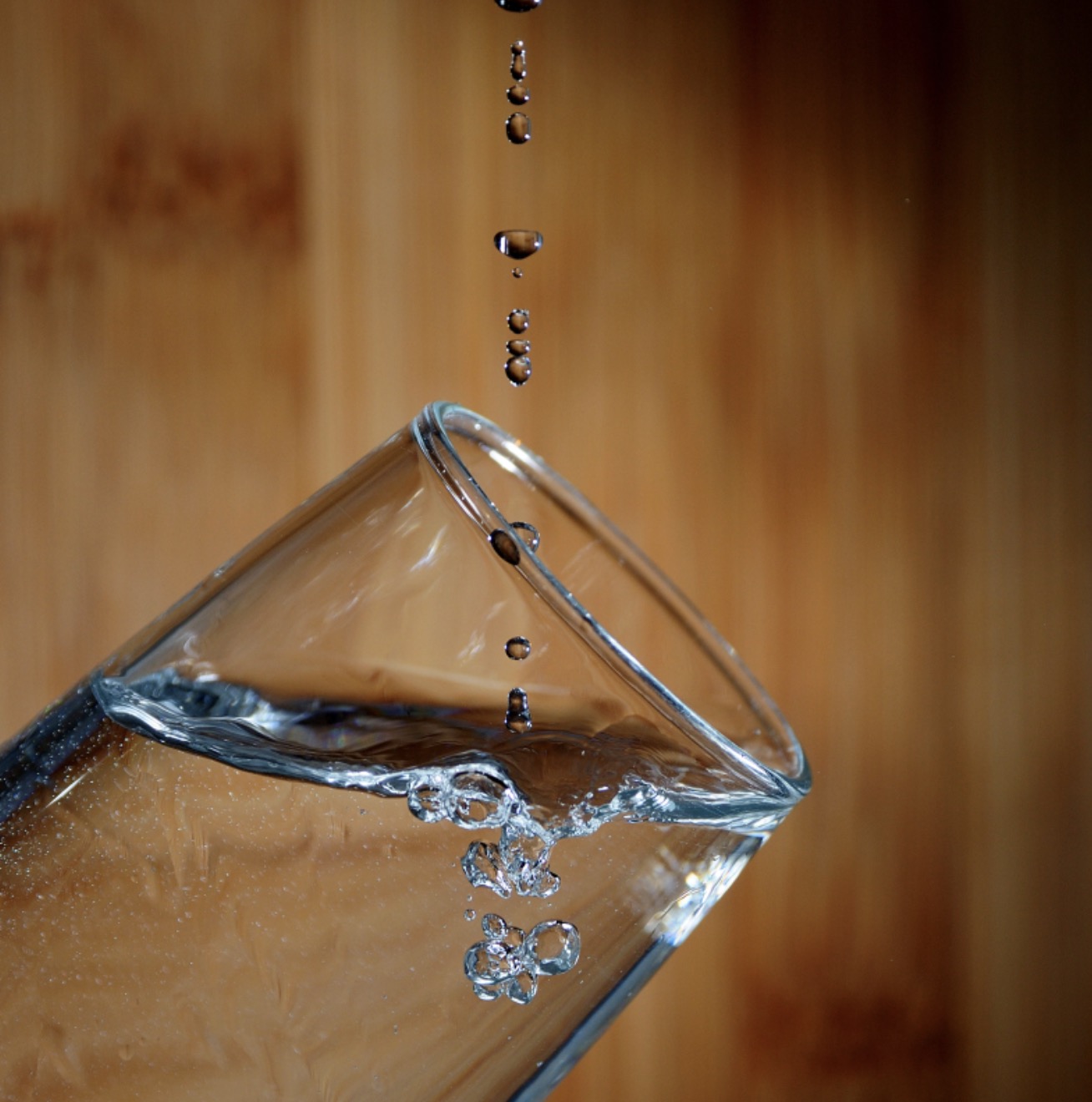 You might think that companies attempting to capitalize on April Fool’s Day move product is a new phenomenon, but it’s been happening for decades. All the way back in 1940, Philadelphia museum The Franklin Institute tried to promote their new planetarium and ended up terrorizing a city.

Press agent William Castellini came up with the idea to tell radio listeners that the Institute’s astronomers had discovered the world was about to end. Even though the announcement aired right after The Jack Benny Show, a comedy program, and even though Jack Benny had discussed H.G. Welles’s infamous apocalyptic radio prank that very night, people still bought it.

Thousands of Philadelphians called radio station KYW to ask if the world was really ending, and Castellini lost his job. If lose your job because of a “world is ending” prank, it’s on you. 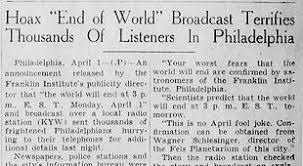 Sometimes, even if you let people know your prank was an April Fool’s Joke, it can still scare the hell out of them. On April Fool’s Day 1980, Boston-area TV news producer Homer Cilley, (yes, pronounced “silly”), thought it would be hilarious if he told people that Great Blue Hill in Milton, Mass. had started erupting like a volcano. And when you look at how puny this hill is, you can see how the idea is sort of funny… 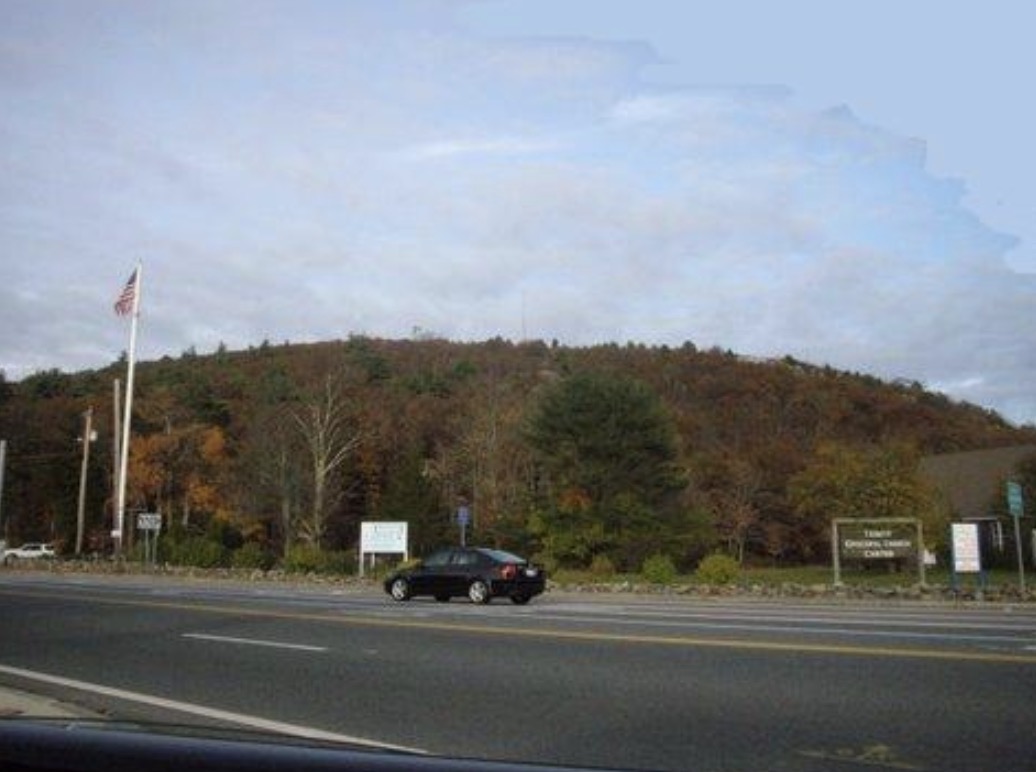 Mr. Cilley even followed up his announcement with a disclaimer that it was a hoax, but it was too late. Milton residents called their local representatives asking if they needed to evacuate, and Cilley was later fired.

To be fair, this prank isn’t as objectively awful as some of the others on this list. If it were to happen today, there’s a good chance that people would have found it funny. On the other hand, this is an example of how even a funny prank can still backfire.

On April 1st, 1996, Taco Bell took out ads in six national newspapers announcing that the fast food chain had achieved the ultimate brand synergy by purchasing the world’s most famous bell, The Liberty Bell. According to the press release, the federal government had agreed to sell the bell to help lower the national debt. It’s an obvious joke–countries don’t typically sell off their most treasured symbols, and the federal government didn’t even have the authority to sell the bell, since it’s owned by the City of Philadelphia.

Nevertheless, plenty of people believed it, and the Philadelphia branch of the National Parks Service had to hold a hasty press conference to set the record straight. After the hoax was revealed, many critics felt it was in bad taste.

(And to be fair, if anyone’s an expert on what tastes bad, it’s Taco Bell.) 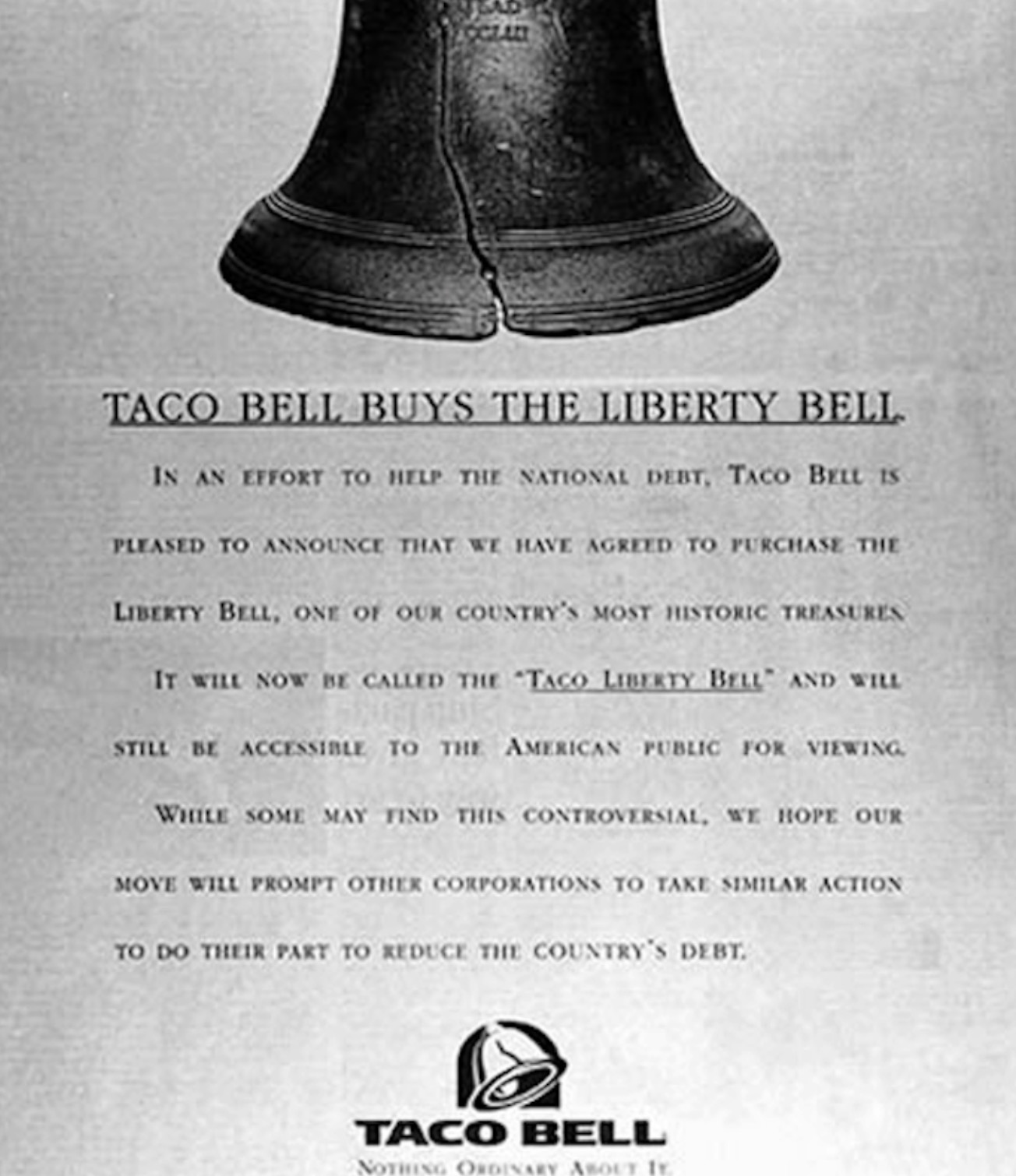 Right away this one should have been a no-brainer. Harambe was a gorilla at the Cincinnati Zoo who had to be put down when a three-year-old boy climbed into his cage. The story upset people almost instantly, as it touched on several controversial issues like the role of zoos in society and the rights of animals. You would think the Harambe story was so controversial that most brands would stay far, far away from it.

But Lucid Mattress is not most companies. In honor of April Fool’s Day 2017, Lucid released a Harambe-themed mattress that basically looks like a gorilla pelt, but in bed form. 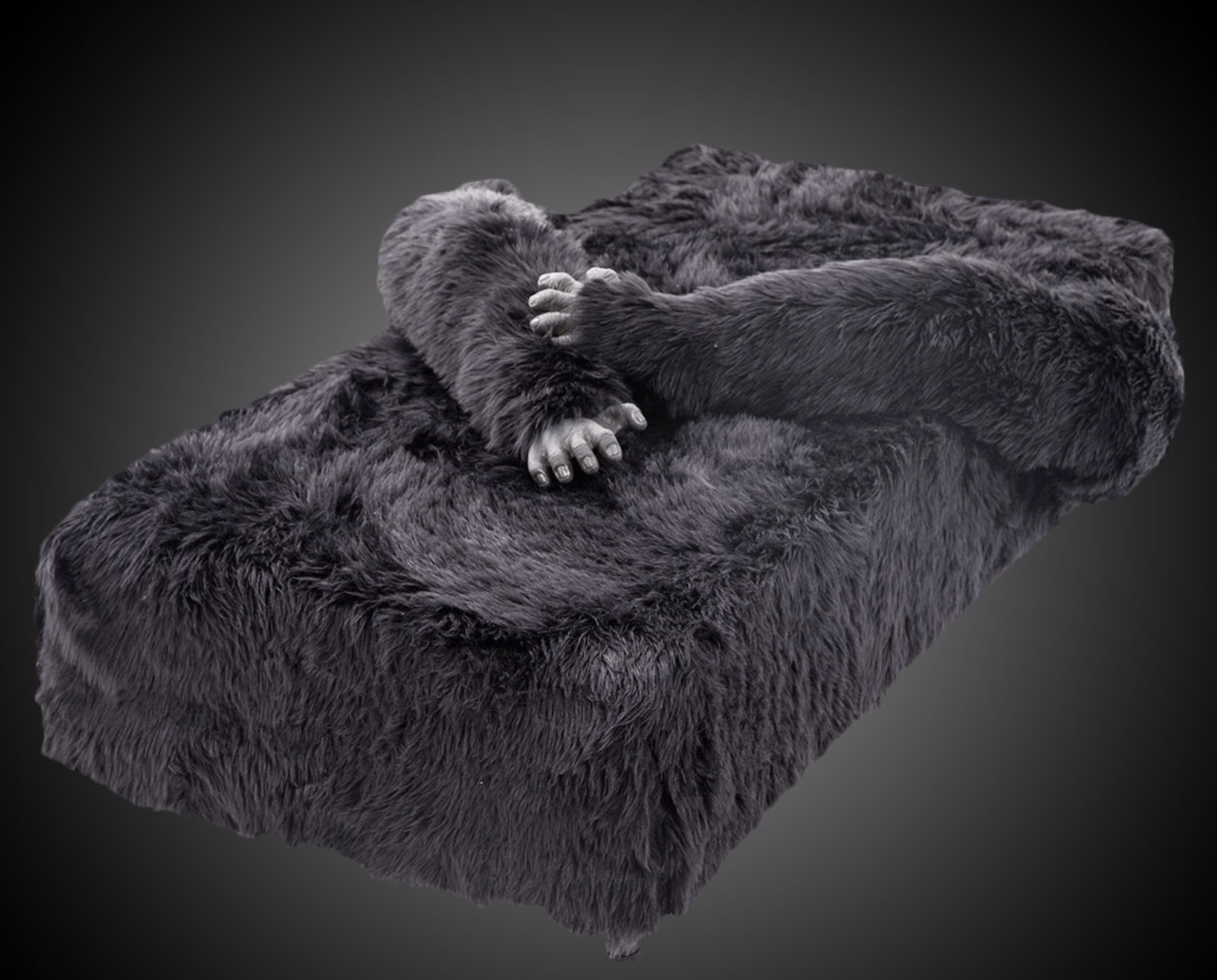 Pretty much the definition of “Too Soon.”

Here’s a prank that backfired in a different way than the others on this list. Just hours ago, on April 1st 2019, McDonald’s Australia told their Twitter followers about an outlandish new menu item: the McPickle Burger, aka a “burger” made entirely of pickles. After years of being conditioned not to believe anything a brand says on April 1st, Australian Mickey D’s fans saw right through the prank. And some were upset, not because it was a joke, but because they actually wanted to eat a McPickle Burger.

For the first time ever, we’ve had a successful April Fool’s Day prank. Nobody got hurt, nobody got offended, and McDonalds may have actually stumbled onto a new moneymaker.

Now that someone’s cracked the April Fool’s Day code, we can finally retire the holiday for good. 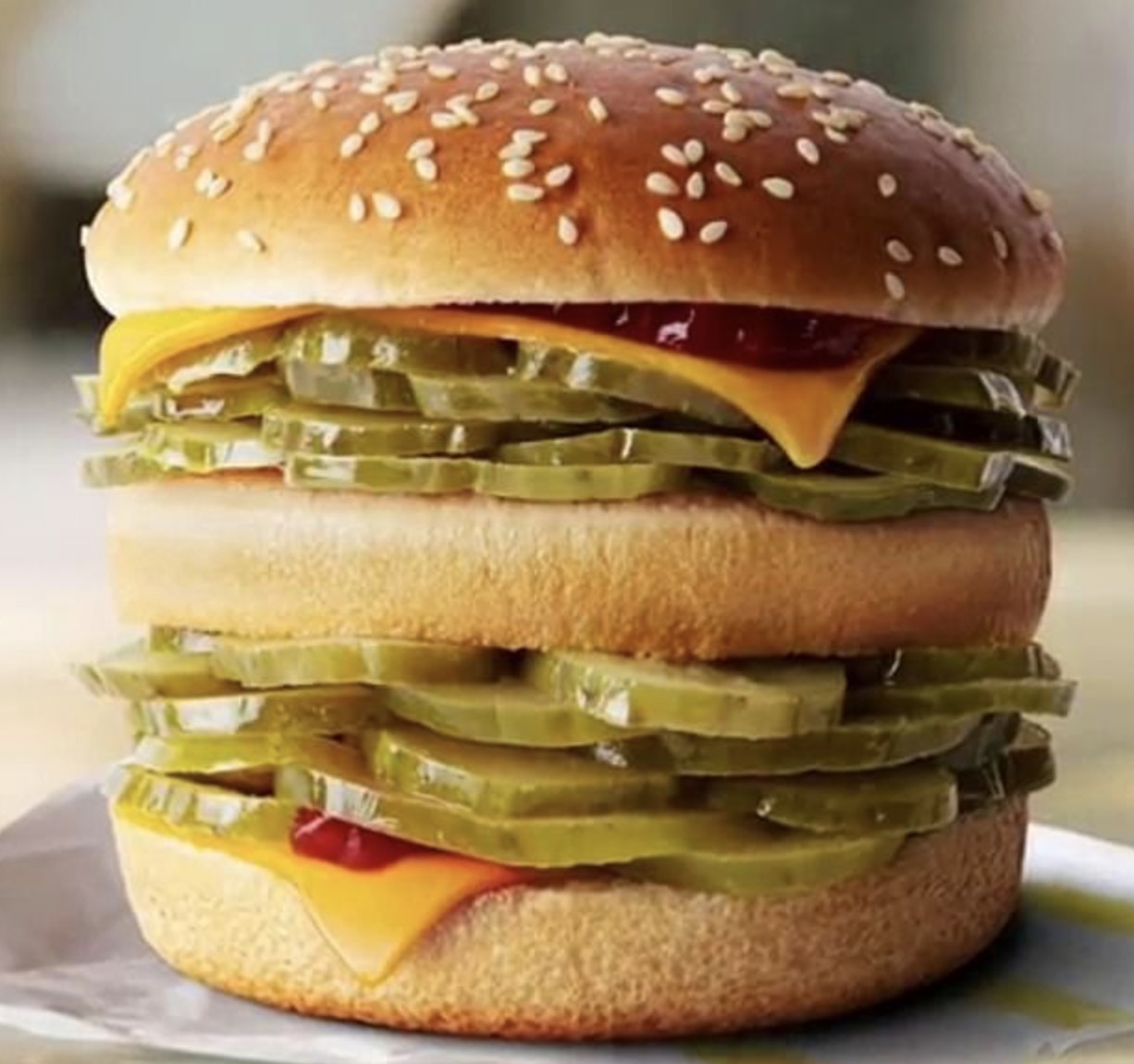